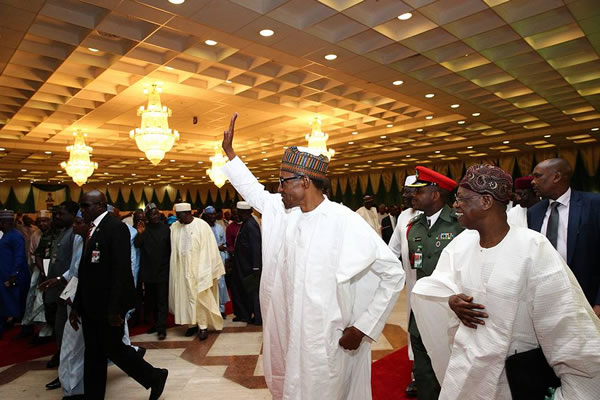 Nigeria’s finance minister hinted on Monday that the country’s government might opt for asset sales next year to boost the public coffers as the economy struggles.

“Looking at 2017, how we fund the 2017 budget, I think we have started to work on that and look at a mixed strategy of debt and asset realizations,” Kemi Adeosun told CNBC Africa.

Nigeria’s gross domestic product (GDP) is set to shrink for the first time on an annual basis in 21 years in 2016, as the oil-reliant economy struggles with weak crude prices and a collapse in its currency.

Some people, such as Nigerian billionaire Aliko Dangote, have already suggested the state sell off some of assets in order to boost public finances.
“I think the real challenge for us is now for us to have the political will in terms of selling some assets,” Dangote, who is said to be Africa’s richest man, told CNBC Africa on Friday.

“I think it’s an easier route than the IMF (International Monetary Fund) or the World Bank to borrow money, because what you need to do is actually to beef up the reserves,” he added.

Dangote suggested the government should sell off stakes in some of its joint ventures with the private sector in an open tender process. He said that Africa Finance Corporation — a development finance institution established in 2007 — would fetch close to $800 million. Policymakers should also look to sell 100 percent of the country’s stake in Nigeria LNG, a natural resources firm, Dangote said.

Nigeria’s credit rating was downgraded to B from B+ by S&P Global Ratings on Friday. The international ratings agency forecast the Nigerian economy would shrink by 1 percent this year.

“Nigeria’s economy has weakened more than we expected owing to a marked contraction in oil production, a restrictive foreign exchange regime and delayed fiscal stimulus,” S&P said in a report on the downgrade.

Real GDP fell by 2.06 percent between April and June, year-on-year, having shrunk by 0.36 percent in the first quarter.

Fiscal stimulus could also come from the government’s plans for much-needed infrastructure plans for the country, particularly on road improvement.

“The infrastructure deficit is such that government on its own cannot close it and so we have consistently said that we will look for opportunities to partner with the private sector … and we will have user fees to actually pay for them, particularly in the area of roads where it is very clear that the deficit is huge,” Adeosun told CNBC Africa.

—With contribution from CNBC Africa and CNBC’s Matt Clinch.

It would be very difficult for Nigeria to attain economic growth, stability, if — Ribadu