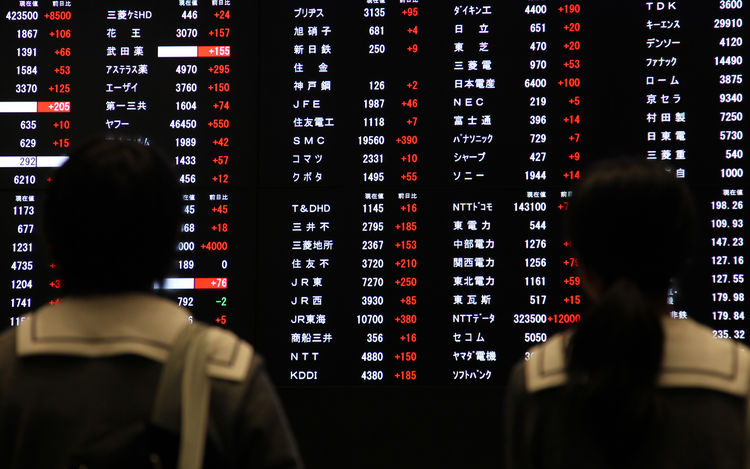 About three shares climbed for each that fell on the MSCI Asia Pacific Index, which traded little changed at 119.63 as of 9:05 a.m. in Tokyo. Energy and material shares led gains, while consumer companies dropped. Volatility over the past 30 days on the regional benchmark index remains near the highest level in four years amid tumbling oil prices and concern over the slowdown in China’s economy. U.S. crude erased a slump of more than 4 percent Wednesday to close above $32 a barrel.

“You need to see some settling in the oil price and maybe we’re getting there on that one,” said Shane Oliver, head of investment strategy in Sydney at AMP Capital Investors Ltd., which oversees about $120 billion. “That could be ticked off as a positive but we still need to see more evidence that central banks are doing what they can to stabilize the situation. The volatility reflects the range of views out there and the uncertainty that surrounds the economic outlook.”

Officials from the world’s biggest economies meet in Shanghai from Friday to discuss the recent turmoil in Chinese markets and ways to bolster a safety net for the global financial system, according to people familiar with the agenda for the talks. U.S. Treasury Secretary Jacob J. Lew downplayed expectations for “crisis response” in a Bloomberg TV interview, saying the world was currently in a “non-crisis environment.” AMP’s Oliver agreed.

“It would be nice to see some collective statement from the major central banks that they’re aware of the problems and that they can’t operate in isolation in this environment,” Oliver said. “I don’t hold out a lot of hope. We’re not in enough of a crisis yet to see a crisis response.”

E-mini contracts on the Standard & Poor’s 500 Index gained 0.4 percent. The underlying gauge rose 0.4 percent in New York, reversing a drop of as much as 1.6 percent as oil and gas producers climbed. The Stoxx Europe 600 Index fell 2.3 percent.

Chesapeake Energy Corp. surged 23 percent in New York after saying it will pay off the remainder of a half-billion dollar debt that’s coming due in three weeks with proceeds from asset sales that were twice as large as the company expected.