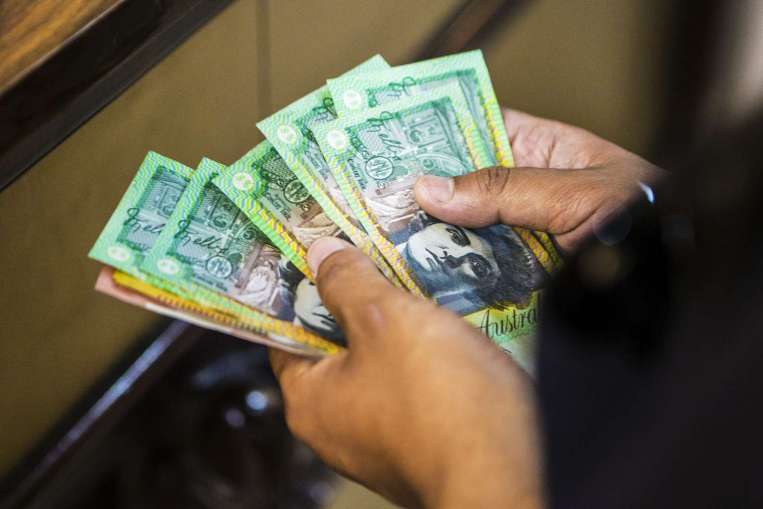 The Australian dollar is nearing a resistance level it hasn’t breached since 2014, opening up prospects the currency will extend gains after its biggest daily advance in more than two weeks.

The Aussie is 0.5 percent below its 200-day moving average, which it last traded above in September 2014, as rallies in equities and commodities boosted demand for the nation’s assets. The currency on Monday joined a rally in higher-yielding, resource-linked peers led by Brazil’s real and South Africa’s rand, while the pound and euro were the worst-performing majors amid concerns Britain may vote in June to leave the European Union. The JPMorgan Chase & Co. gauge of global currency volatility has dropped in three of the past four sessions.

“At the moment when risk appetite and sentiment is increasing and volatility is subsiding, being long carry structures and yield is really the way to go,” said Chris Weston, chief markets strategist in Melbourne at IG Ltd. In Australia “you’ve still got a compelling yield in an environment now where volatility is falling away and the Aussie dollar is going to do very nicely.”

The Aussie’s advance raised the prospect that the rally will gain momentum, JPMorgan said in a research report. The bank said moves to the 72.45 to 72.80-cent level are of interest, a range that includes a high from early February as well as the 200-day moving average.