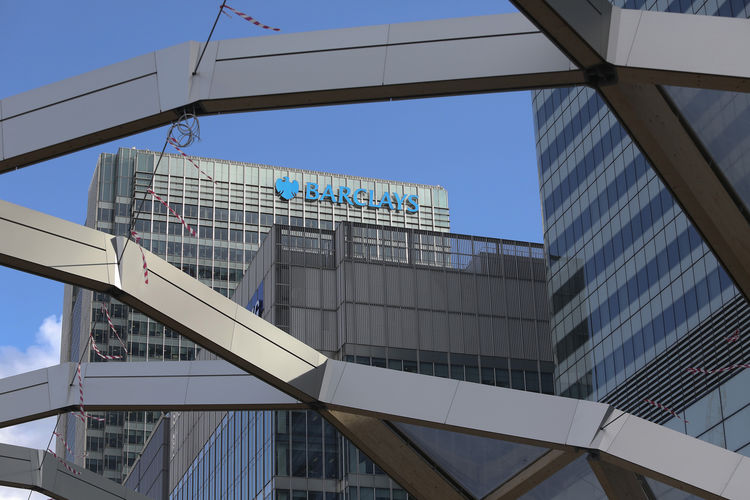 The pound jumped the most in more than two weeks against the dollar after Cameron finalized a deal with EU leaders on Britain’s relationship with the rest of the 28-nation bloc in the closing hours of trading in New York on Friday. Still, a measure of traders’ expectations for price swings in the pound against the euro during the next six months remained at the highest since 2011. The deal Cameron secured means he is recommending the U.K. should stay in the EU, he said on Saturday.

Although the announcement of the date removes one aspect of ambiguity for traders, they now face months of polls and campaigning that could boost volatility further. With traders already pushing back bets on the timing of a Bank of England interest-rate increase, the prospect of Britain leaving the world’s largest single market had been causing further concern, helping push down the pound against most of its Group-of-10 peers this year.

“The pound’s weakness is a product of uncertainty of the U.K.’s ongoing membership of the union, not the timing of the poll,” said David Page, a senior economist at AXA Investment Managers in London. “Weakness is likely to reflect any increased perception of the likelihood to leave and as such is likely to be a constant feature over the coming months.”

“The pound is likely to bounce near term” as investors see the deal “as increasing the prospects of Britain voting to stay in,” said Mansoor Mohi-uddin, senior markets strategist in Singapore at Royal Bank of Scotland Group Plc. Still, “as we get closer towards June 23, investors are likely to become increasingly nervous,” he said.

Sterling added 0.2 percent to 77.29 pence per euro on Friday, paring its drop this year to 4.6 percent. Six-month implied volatility for the pound versus the euro, a measure of price swings based on options, was at 12.10 percent, the highest level since September 2011, based on closing prices.

The uncertainty over the vote hasn’t had the same impact on equities. While U.K. stock swings have increased this year, FTSE 100 Index implied volatility remains lower than for the euro area. And the weakening of the pound has actually helped the gaugeperform better than any other major market in the region. Even small- and mid-cap companies, deemed more at risk in a “Brexit” scenario, have fallen less than their European peers. Pictet Asset Management says U.K. stocks are not reflecting the true danger of an exit.

Goldman Sachs Group Inc. said earlier this month that if Britain quits the EU sterling could fall to $1.15-$1.20 — levels last since in 1985. HSBC Holdings Plc said in January that a forecast for a jump to $1.60 by year-end relied on the nation remaining in the 28-member club.

“The uncertainty will persist” into the vote, said Kit Juckes, a global strategist at Societe Generale SA in London. “Sterling was the weakest major last week and probably remains under pressure.”

Traders’ attention may now turn to the stance of ministers who, while given a free hand by Cameron to campaign against the government’s position, were asked not to announce their intentions until after the cabinet meeting.

Cameron was given a fillip on Saturday when Business Secretary Sajid Javid and Home Secretary Theresa May, both seen as wavering over which way to vote, threw their support behind the campaign to remain. Six ministers, including Justice Secretary Michael Gove, were later pictured at the headquarters of one of several groups campaigning to leave the EU.

The support of London Mayor Boris Johnson for either side may prove key to sterling, given his popularity with the British public, according Morgan Stanley. Should he choose to publicly back the exit campaign, “the pound should come under immediate pressure,” analysts led by Hans Redeker wrote in an e-mailed report Friday.

The Central Bank of Nigeria (CBN) has on Saturday, refuted rumours that it planned to replace the Naira notes in circulation with digital currency, otherwise known as the eNaira, in due course.

The apex bank, through its CBN Director, Corporate Communications Department, Mr Osita Nwanisobi, said the statement released, supposedly during the stakeholders’ engagement on eNaira adoption in Asaba, Delta was “misconstrued” and therefore called on the public to completely disregard it.

Nwanisobi said: “The digital version of the naira is meant to complement the existing currency notes and therefore, will circulate simultaneously as means of exchange and store of value.

“The digital legal tender aside from the safety and speedy features, it will also ensure greater access to financial services by the underbanked and unbanked populace thereby enhancing financial inclusion”.

He therefore urged members of the public and business owners to embrace the digital currency, the eNaira as it offers more possibilities.

Investors King recalls that in the early hours of Saturday, the Delta State Branch Controller of CBN, Mr Godwin Okafor, had revealed that the Paper currency (Naira) will soon be out of circulation, urging citizens to patronise e-Naira.

Godwin had explained that the bank is the market to further educate the people on the use and importance of the digital currency which is fully backed by the apex bank, unlike Bitcoin which has no legal backing.

He had made the statement at the popular Ogbogonogo market, Delta, during the market sensitisation on e-Naira.

“Paper currency will soon be out of circulation because CBN spent money to print money and people abuse the currency in the market, spraying at the occasion, payment of Okada/tricycle and others and CBN is losing”, he had revealed.

Delta State Branch Controller of Central Bank of Nigeria (CBN), Mr Godwin Okafor, has revealed that the Paper currency, (Naira) will soon be out of circulation, urging citizens to patronize e-Naira.

Mr Godwin explained this at the famous Ogbogonogo market, Delta, during the market sensitisation on e-Naira.

“We are here at the market today to sensitise the market people on the use of e-Naira. It is fully backed by CBN, unlike Bitcoin which has no legal backing,” he said.

“Paper currency will soon be out of circulation because CBN spent money to print money and people abuse the currency in the market, spraying at the occasion, payment of Okada/tricycle and others and CBN is losing.”

In relation to this, Investors King had reported the President’s statement on the importance of the e-Naira to the country’s economy. President Buhari said the launching of the E-Naira makes Nigeria the first country in Africa and one of the first few countries in the world to launch a digital currency.

He further said he expects the currency to enable the government to send direct payments to citizens eligible for government welfare programs as well as foster cross-border trade and assist in moving many more people and businesses from the informal sector into the formal sector, therefore, increasing the tax base of the country.

Further, he explained that being a digital currency, it has the potential to increase Nigeria’s GDP by $29 billion over the next 10 years.

Dr. Aminu Bizi, a CBN e-Naira expert, said Delta was chosen as the second state after Lagos to sensitize market women on the currency.

He said the use of e-Naira was effective, charges free unlike ATM and POS and cannot be hacked by fraudsters.

Secretary to the State Government, Chief Patrick Ukah, praised the CBN for the e-Naira project in his remarks.

He expressed his satisfaction with CBN programs, characterizing e-Naira as a “laudable” initiative that has elevated Nigeria’s position in international finance.