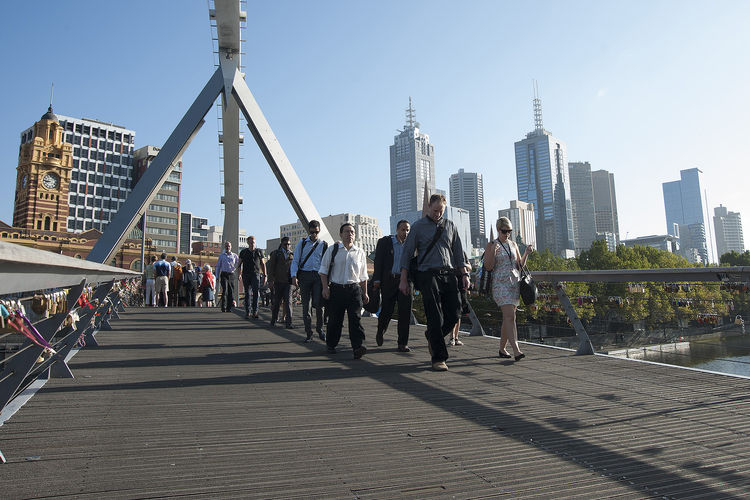 The Aussie climbed against all of its 16 major peers and three-year government bond yields rose to the highest this year after the statistics bureau reported employers added 71,400 positions last month, compared with the median forecast for a 10,000 decline in a Bloomberg survey of economists.

Australia’s dollar rose 0.8 percent to 72.84 U.S. cents as of 6:50 a.m. in Tokyo on Thursday, after surging as much as 1.5 percent. It had declined 1.5 percent in the past three trading sessions as the price of iron ore, the nation’s biggest export, tumbled and China’s trade data intensified concern over the scope of its economy’s weakness.

The RBA next meets on Feb. 2 after keeping the cash rate unchanged at a record low at its past seven meetings. Policy makers reduced the benchmark by 2.75 percentage points since October 2011.

“The rate kept low at 2 percent is having its effects,” said Jun Kato, a senior fund manager in Tokyo at Shinkin Asset Management. “It looks like the domestic economy is strengthening, even if China is weighing, with a shift to industries away from resource-related areas.”

New Zealand’s dollar jumped as much as 1.7 percent after the central bank cut its benchmark interest rate to a record and said it expects that level should be low enough to meet its inflation target.