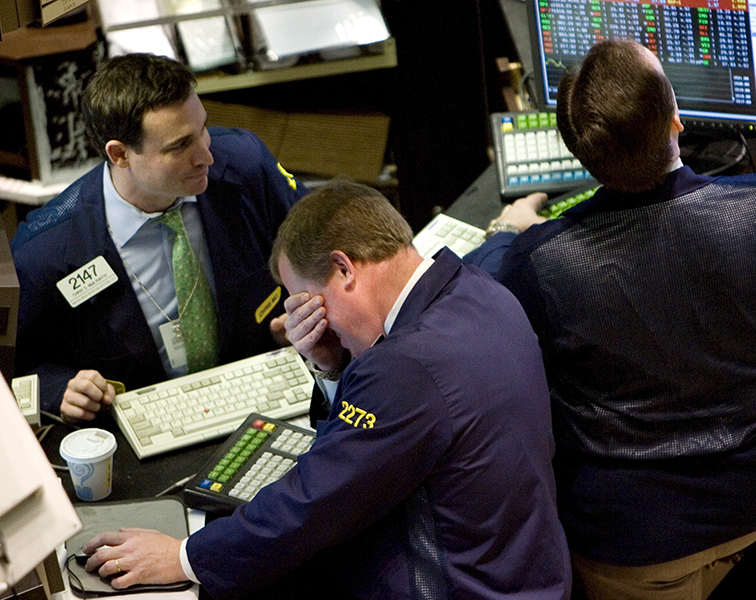 Markets are treading water ahead of the release of the first jobs report of the new year, with investors very aware of just how important this could be after last month’s setback.

The November report contained everything the Federal Reserve did not want to see. Strong jobs growth – with upward revisions to prior releases – much higher wages than anticipated and weaker participation. If that’s a blip in the trend, it’s no big deal. But a second consecutive month would deliver a sledgehammer to hopes of a lower terminal rate.

The Fed has remained extremely hawkish throughout all of this, through fear of feeding investors’ craving for a dovish pivot and unintentionally easing financial conditions. But another strong jobs report today would further justify such a hawkish approach and perhaps send risk assets into a bit of a tailspin as the prospect of a higher terminal rate increases alongside recession risks.

We don’t often put so much weight on one report but last month was a big setback and a second would make it very difficult to argue that the trend is still positive. Headline inflation will probably decline this year due to favourable base effects and lower energy prices but the Fed has for a long time now been much more fearful of entrenched inflation which is why there’s so much focus on the tightness of the labour market and wages. They’re unlikely to stop hiking soon unless there’s progress here.

ECB to be unfazed by inflation data

Eurozone inflation fell to 9.2%, well below the 9.6% expected and a big decline from November’s 10.1% reading. Policymakers at the ECB will not be in a celebratory mood though for a number of reasons. The most obvious is that it’s still way too high, almost five times its target.

The second is that it’s primarily driven by declines in energy prices which while helpful doesn’t solve the inflation problem. And finally, core inflation actually rose to 5.2% from 5% which proves there’s still work to be done. While the euro was choppy after the release, the consensus view appears to be that today’s data changes nothing and another 1% of rate hikes will come over the next couple of meetings.

Steadying after a rough week

Oil prices are creeping higher again this morning after steadying on Thursday. They came under some pressure over the previous 48 hours amid concerns about China’s economy over the next quarter or two. A lack of trustworthy data doesn’t help that situation but with Covid spreading so rapidly throughout the country, it’s likely there’s going to be disruption at the very least that will hamper economic activity and demand.

That will likely change in the second half of the year and the economic rebound could fuel more demand for crude and see prices rise once more. The state of the rest of the global economy by that point will determine just how supportive that would be for the price, among other things of course like Russian output and OPEC+ as a whole.

Strong jobs report could be a big blow

Gold pared gains on Thursday before steadying today ahead of the US jobs report. It remains very elevated after a strong start to the year and some weakness on wages and job growth could spark the rally back to life once more.

Of course, another strong jobs report could see its fortune shift the other way and push it back into a corrective phase after a strong recovery since early November. It appeared to be gearing up for a correction late last year but lower yields this week have given it a new lease of life. That could be quickly undone by another strong report.

Bitcoin remains rangebound between $16,000 and $17,000 where it has spent much of the last month. The jobs report today may bring it back to life a little but in reality, crypto fans are probably happy to see it steadying and drifting into the background as the industry recovers from the trauma of the FTX collapse. It’s weak and vulnerable at the minute and any more shocks could be extremely damaging.

A leading research firm, Hawilti Limited has projected that Nigeria will emerge as Africa’s biggest crude oil refining hub by 2025.

This was contained in its report released on Monday based on its most recent research on African refineries with the continent’s outlook for 2023.

Investors King understands that Hawilti Ltd is a pan-African investment research agency and advisor to businesses, investors, public and private institutions, as well as governments across Africa with the goal of building a transparent and vibrant continent through its unique research and contents.

On the West Africa region’s progress in crude oil refining, the report pointed out its positive outlook and growth as its capacity increased in 2023.

It added that the West Africa region now has the largest refining capacity in sub-Saharan Africa of which its operation is presently at 23 percent.

“Both the opening of the Dangote Refinery and the rehabilitation of state-owned refineries have the potential to make Nigeria Africa’s biggest refining hub by 2025.

“The long-awaited Dangote Refinery, a 650,000 barrels per day single-train crude refining facility that has been a decade in the making, is finally expected to start production this year. Its commissioning is already sending hopes that it could finally start rebalancing Nigeria’s trade deficit.

“Tecnimont continues to make progress on bringing Port Harcourt’s complex back to 90 per cent of its capacity while Daewoo E&C was selected in 2022 to execute two ‘quick fix’ projects at both Warri and Kaduna,” says the report.

Hawilti, however, kicked against Nigeria’s importation of petroleum products and petrol subsidy as its refineries are under construction.

Nigeria has recorded a sum of N500 billion loss in its oil revenue last month due to low crude oil production.

Investors King reports that Nigeria’s total oil export in January was 37.2 million barrels instead of the projected 49.6 million barrels of oil if it had exported 1.6mb/d.

The report as contained in the shipping data of Refinitiv Eikon, an export tracking firm indicated that Nigeria exported 1.2mb/d instead of the 1.6mb/d quota given to it by the Organisation for the Petroleum Exporting Countries (OPEC).

It noted that with the current data, Nigeria’s oil production is yet to totally recover and attain its expectation.

Selling at $89 per barrel in January, Nigeria made N1.5 trillion from its oil exportation which is less than OPEC’s target of 2 trillion. This makes the country at a loss of N500 billion as it didn’t meet up OPEC’s 1.6mb/d target.

However, the Refinitiv Eikon revealed that several other countries aside Nigeria failed to meet up OPEC’s production quota. Countries like Iraqi, Saudi Arabia and Iran had declined.

Investors King recalls that in November, OPEC had pegged a 2 million barrel per day cut to the OPEC+ output target. In its expectation, 1.27 million barrels per day ought to be disbursed by 10 participating OPEC members.

The statistics showed that the 10 OPEC countries produced 920,000 barrels of oil per day below the stipulated target for the month of January. Meanwhile, the decrease in December was marked as 780,000 bpd.

The Group Chief Executive Officer of the Nigeria National Petroleum Company Limited (NNPCL), Mele Kyari, had said the issue of oil theft and vandalism which has eaten deep into the sector is a major cause of Nigeria’s low production.

He noted that the country loses 900,000 barrels per day to theft which must be urgently looked into for increased output in the oil sector.

Last Friday, WTI and Brent slid 3% after strong U.S. jobs data raised concerns that the Federal Reserve would keep raising interest rates, which in turn boosted the dollar. The stronger greenback typically reduces demand for dollar-denominated oil from buyers paying with other currencies.

The IEA expects half of global oil demand growth this year will come from China, where Birol said jet fuel demand was surging.

He said depending on how strong that recovery is, the Organization of Petroleum Exporting Countries (OPEC) and allies, together called OPEC+, may have to reassess their decision to cut output by 2 million barrels per day through 2023.

“If demand goes up very strongly, if the Chinese economy rebounds, then there will be a need, in my view, for the OPEC+ countries to look at their (output) policies,” Birol told Reuters on the sidelines of a conference in India.

Higher interest rates, however, are keeping a lid on further price gains, as they are likely to curtail economic growth and increases in fuel demand, say analysts.

“We are not seeing any big evidence of a China domestic demand rebound yet, though mobility numbers are encouraging. Hence, concerns about central banks’ rate hike cycles and higher for longer interest rates remains the key drag on oil prices after falling more than 7% last week,” said Suvro Sakar, lead energy analyst at DBS Bank.

“It’s not immediately intuitive that good jobs data would cause a crash in oil prices, but such are the vagaries of the market currently.”