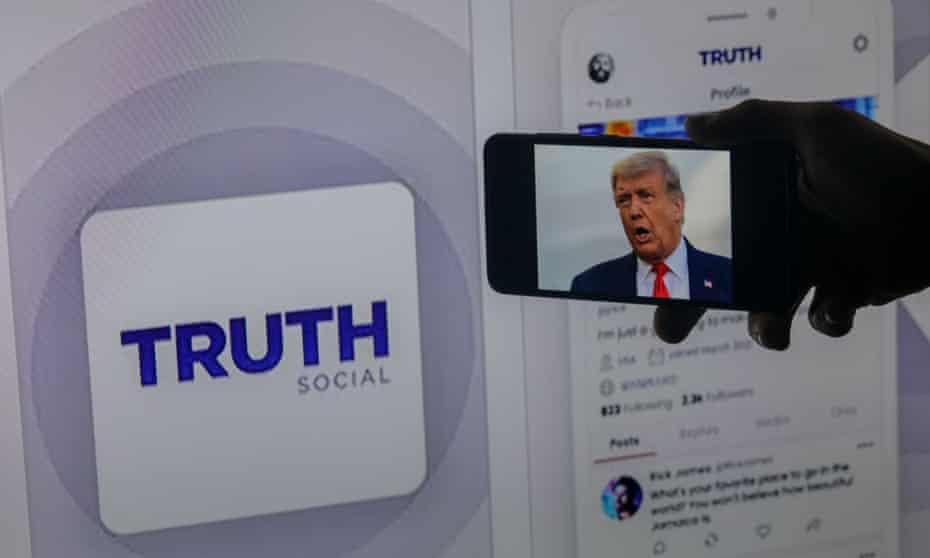 Following the news that Trump Media & Technology Group (TMTG) has entered into agreements to raise around $1 billion from a group of unidentified investors; Dr Lil Read, an Analyst in the Thematic Research Team at GlobalData, a leading data and analytics company, offers her view:

“Reaching the unicorn club used to be a notable figure of success. However, it must be said: Sorry Mr. Trump, but unicorns aren’t rare anymore. GlobalData figures show that, there were 826 unicorns — privately held companies that are valued at >$1 billion — as of the end of September 2021, and 751 of these were tech unicorns. The term ‘unicorn’ may be born from the rare, mythical creature, but unicorns are everywhere when it comes to business. Maybe we need a new measure of success.

“As for TMTG’s wish to stand up to the ‘tyranny’ of big tech with its TRUTH social media launch, the company has bitten off more than it can chew — as demonstrated by the way Twitter users were able to create ‘@donaldtrump’ and @mikepence’ accounts, exposing simple vulnerabilities. While these accounts were swiftly banned, it should highlight to the TRUTH Social team that building and maintaining a social media platform is not a simple task. Or, perhaps creating an entirely new platform is not the way to deal with misinformation.

“Whether or not TRUTH Social has sophisticated algorithms and teams of content moderators, misinformation and fake news will breed on the platform under the guise of free speech. The risk is that TRUTH Social will become an outpost for lies.”

iHatch is a startup incubation scheme designed to expand the number of innovation-driven enterprises by Nigerian youths.

The scheme will include a 5-month free intensive incubation program where entrepreneurs’ business ideas are shaped and perfected, through a series of coaching, lectures, and boot camps, to generate viable and scalable business models.

According to the Head, Corporate Affairs and External Relations of NITDA, Mrs Hadiza Umar, iHatch’s incubation program will provide an opportunity “for startups that have innovative business ideas along with a prototype of their products or services”.

The participating startups, Umar said, will receive free offline and online interactive training from experienced coaches and mentors from over the world.

Other benefits would include free co-working space for the duration of the programme and investment opportunities.

In his remarks, the Director-General of NITDA, Malam Kashifu Inuwa Abdullahi said, “iHatch seeks to establish a programme that will accelerate the process of taking ideas to impact, hence providing the much-needed jobs for our teeming youths, and also nurturing that entrepreneurial spirit in them, which will catalyse the Nigerian digital economy to the next level.”

The technology space is growing to become a very necessary one, with the existence of the pandemic and with the rate at which the world is advancing. This is reflected in the revenue gathered, as tech startups in Africa alone made well over $2.9 billion in 2021.

Of the total income brought in by African tech startups, startups owned and managed by Nigerians brought in the most, with a whopping $1.7 billion (amounting to about 60%) of the total amount coming from Nigerian startups which are creating new products, services and platforms.

Africa is giving a very good account of itself in the tech scene, as a recent report by Maxime Bayen’s – a venture capitalist and business consultant – business database Africa report stated that Africa is currently home to seven different tech heavyweights, referred to as unicorns which boats of valuations surpassing $1 billion.

The United States of America has noticed the blossoming tech scene in Nigeria and is now starting to provide support for the fast-growing, lucrative sector. The United States Ambassador to Nigeria, Mary Berth Leonard at the 2021 Nigeria Tech Summit announced the intention of the US government to provide sufficient support for the tech scene in Nigeria.

The support to be provided from the United States will ensure that the country’s tech scene continues to grow and provide a favourable environment that will boost a sector which will kickstart more global businesses, create more job opportunities and ensure that the citizens live a more prosperous life.

Of the seven African tech “unicorns”, three are owned by Nigerians. These three are Opay, Flutterwave and Interswitch. Mary Berth Leonard lauded the fact that Nigeria owns three of Africa’s seven heavyweights, and went on to say that Nigeria has the potential to do a lot more in the tech scene but only with the proper support.