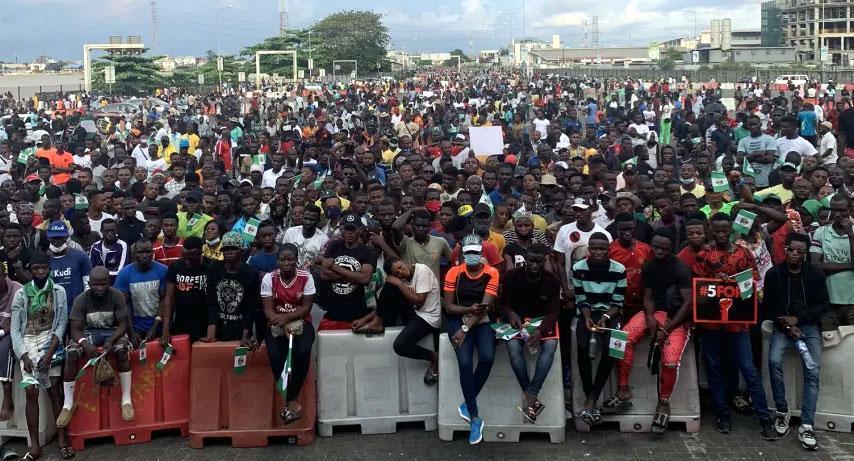 Following the incident that occurred at the Lekki Tollgate on October 20, 2020, the Judicial Panel of Inquiry on Restitution of SARS Related Abuses and Other Matters has released its report on Monday November 15, which confirms the cries of many young Nigerians across the country (and outside the country).

The report states that the “maiming and killing” of unarmed and helpless protesters who were sitting on the floor while waving Nigerian flags and singing the National Anthem can be referred to as a massacre, in the context of the incident. It explains a massacre as the killing of multiple individuals, considered to be morally unacceptable especially when done by political entities towards helpless victims.

The panel used that definition to evaluate whether or not the incident was a massacre, and arrived at the conclusion that the incident was a massacre. The report confirms that the protesters present at the Lekki Tollgate on the fateful day were harmless, defenseless members of the civil populace. It also stated that both the Lagos State Government and Federal Government were aware of the status, objectives and protest nature of the group.

The report went on to state that the presence of the protesters was not in any manner harmful to Nigeria’s territorial integrity, and therefore did not warrant the presence of the Nigerian army at the Tollgate. According to findings, soldiers of 65 Batallion of the Nigerian Army, led by Lt. Col. Bello left their base with both blank and live ammunition to confront protesters holding only national flags.

It goes ahead to confirm that the soldiers fired the ammunition directly into the midst of protesters with the intention to harm protesters, and not harmlessly in the air as many had previously claimed. As the shooting occurred, the soldiers also turned back ambulances invited to render first aid to wounded protesters.

It was also reported that the Nigerian Military had attempted to cover up the events of October 20, 2020. They allegedly removed as many corpses of the dead protesters as they could and took them away with their vans. Olalekan Sanusi, who was shot and wrongly taken as one of the dead bodies, managed to escape and recount his ordeal, stating that there were 11 corpses inside the van where he was put. The soldiers also reportedly picked bullet casings and shells on the night of October 20, with policemen doing the same the following morning.

The report released a list of 48 names, who are confirmed casualties of the incident at the Tollgate. Of these 48 defenseless Nigerians, 11 were confirmed to have died at the tollgate with 4 missing and presumed dead. The remaining names were said to be victims of gunshot injuries, and assault from military officials.

The report confirms the cries of many young Nigerians who witnessed the events of that fateful night, whether at the Lekki tollgate itself or online through DJ Switch’s Instagram Live. It also casts a negative spotlight on the government officials who vehemently denied the existence of any casualties on that night.