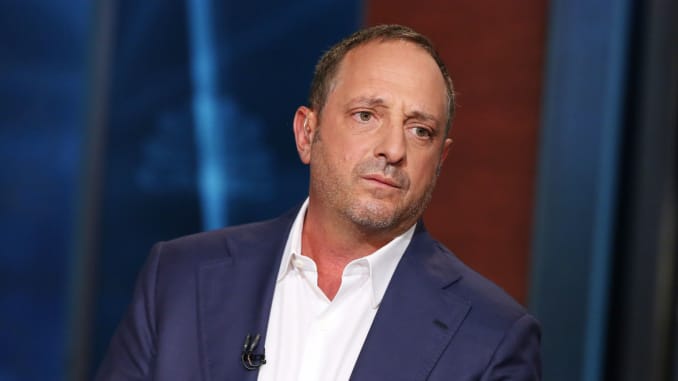 What a day for Jumia? Wallstreetbets just killed Citron Research’s criminal short-selling report that tagged Jumia fraud and plunged the shares of the e-commerce giant shortly after getting listed on NYSE.

The same report was rejected by over 3 million amateur traders on Reddit, a popular forum in the US, who took aggressive opposite trades on GameStop following Citron Research publication.

Citron Research sell positions plunged into the red zone. The firm and other short sellers lost a combined $19.75 billion in January after the price of GameStop surged by 870 percent in the last two weeks.

Citron Research is a firm that specializes in demonizing companies, especially small companies and then sells their stocks, saying they will fail. Sometimes these negative publications are not true but because it creates panic and negative sentiment around those stocks, a lot of investors will start dumping their shares out of fear. Andrew Left, the founder was ban from trading in China and Hong Kong but not in the USA as his activities were seen as legal despite its damages.

Citron went after Jumia and the price of Jumia’s shares plunged from around $45 per share to $2 per share. Presently, trading at $57.65 per share, another evidence of Citron Research wrong projections.

However, Citron met its waterloo when it took on GameStop. Amateur traders that number over 3 million on a thread popularly referred to as Wallstreetbets on Reddit, refused the report and took several buy positions while encouraging others to do the same

In few days, Citron’s position worth billions of dollars turned red. Andrew Left, the founder went to court to halt their activities but it failed as they fought back and were allowed to resume trading.

In a Youtube video, he said “I took the lawsuits, I went to court, I took the questions to lay the foundation. So obviously, I support any opposing opinions.”

“But what I never did was I never got personal, I never got nasty, and I never threatened a corporate executive, their family, or any shareholders. It was always business.” That was in response to a series of threats that trailed the shutdown of their thread on Reddit and suspension of trading on GameStop by several trading platforms.

Citron Research has now announced it would suspend its 20 years of short-selling research that brought sadness to several small businesses and to executives.

Left also has some words of advice for amateur traders, “When you make your profits, make sure you put some away for the IRS,” he warned.

“That money is not all your money. But, at the end of the year, you do owe tax money.”

The funds will go towards strengthening the risk-based supervision framework, regulation of derivatives and green bonds, and build capacity for green finance. The grant will be sourced from the Capital Markets Development Trust Fund, a multi-donor fund administered by the Bank.

“This collaboration further underscores our mutual goal to grow our markets and create viable avenues for sustainable economic development for Nigeria and the region,” said Lamido Yuguda, Director General of the Securities and Exchange Commission at the virtual signing ceremony.

The grant is aligned with the priorities of the Bank’s Country Strategy for Nigeria, which envisages measures to stimulate capital market development to unlock financial resources for productive sector investments, infrastructure development and private sector growth.

Lamin Barrow, Senior Director of the Bank’s Nigeria Country Department, noted the urgency of the implementation of the project.

“At a time when countries are striving to build back better from the ravages of the COVID-19 pandemic, improvement of the enabling regulatory and supervision framework will boost domestic resource mobilisation efforts and leverage private sector contributions to achieve a greener, more environmentally sustainable and inclusive post-pandemic recovery,” Barrow said.

Oscar Onyema, Chief Executive Officer of the Nigerian Stock Exchange, thanked the African Development Bank Group and the Securities and Exchange Commission “for this historic event and partnership, to build in-house capacity at SEC, the Nigerian Stock Exchange, issuers and investors in the sustainable finance space, which will help to meet climate finance commitments in Nigeria.”

The project will support the implementation of the SEC’s Nigeria Capital Market Master Plan 2015-2025 and its vision to position Nigeria’s capital market as a competitive and attractive destination for portfolio investments. 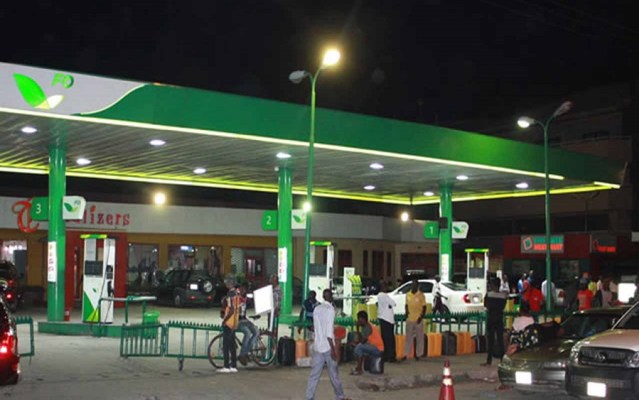 In the audited financial statements released on Thursday through the Nigerian Stock Exchange (NSE), the amount was 47.3 percent below the N3.915 billion posted in the same period of 2019.

Ardova posted N2.063 billion profit after tax in the period under review, down from N3.915 billion attained in 2019. 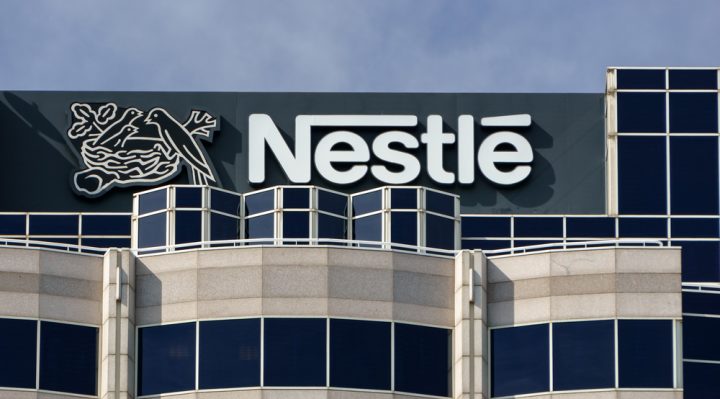 A Swiss multinational food and drink processing conglomerate corporation headquartered in Vevey, Vaud, Switzerland, Nestle S.A has invested another N2.922 billion in Nestle Nigeria, according to the latest disclosure statement filed with the Nigerian Stock Exchange.

Bringing the total shares purchased to 2,166,647 at an average price of N1,349 per share. Meaning, Nestle S.A invested another N2.922 billion in Nestle Nigeria. See the details below. 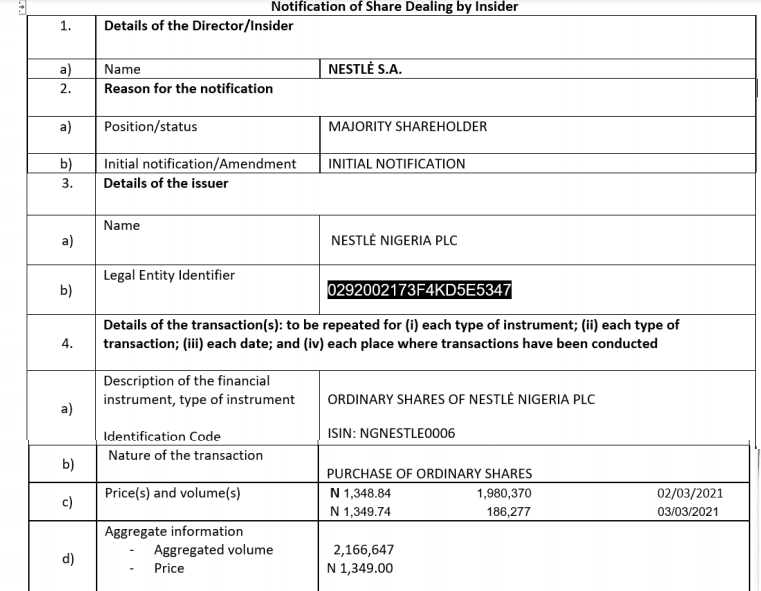