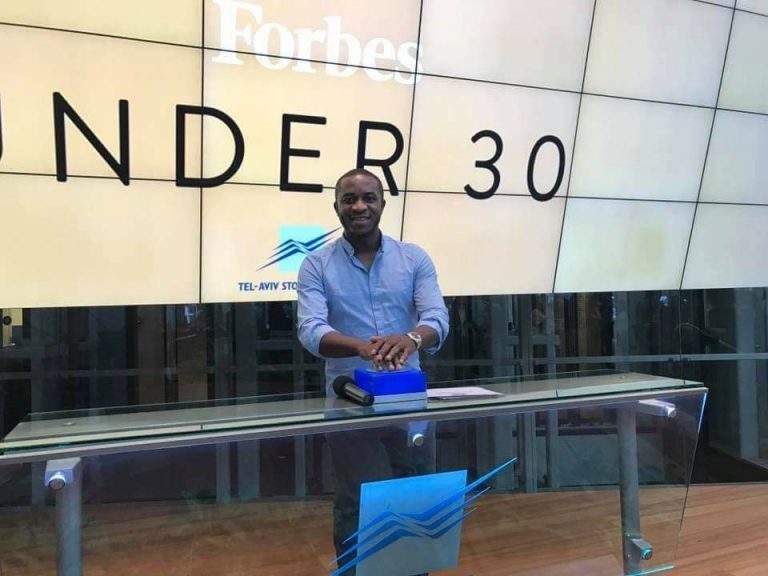 Invictus Obi Pleads Guilty to $11 million Wire Fraud in US

According to the report, the 32 years old appeared before Judge Robert Krask, on counts bordering on fraud, forgery, among others on Thursday.

The statement read, “The conspirators obtained and compiled the credentials of hundreds of victims, including victims in the Eastern District of Virginia and elsewhere.

“As part of the scheme, Okeke and others engaged in an email compromise scheme targeting Unatrac Holding Limited, the export sales office for Caterpillar heavy industrial and farm equipment.

“Okeke participated in the effort to victimize Unatrac through fraudulent wire transfers totaling nearly $11 million, funds which were transferred overseas.

“Okeke pleaded guilty to a conspiracy to commit wire fraud.”

Joshua Stueve, a spokesperson for the United States District Court for Eastern District of Virginia, quoted by the report, said Invictus Obi could spend up to 20 years in American jail despite his plead arrangement.

It would be recalled that in August Investors King had reported the arrest of Invictus Obi by the US Federal Bureau of Investigation (FBI) in connection with an $11 million wire transfer just three years after Okeke became a continental sensation and mentor to several Nigerian youths.

Since his arrest in 2019, FBI, Nigeria’s Economic and Financial Crimes Commission (EFCC) and Interpol police have arrested several other high profile cybercriminals, including the recent arrest of Hushpuppi in Dubai. 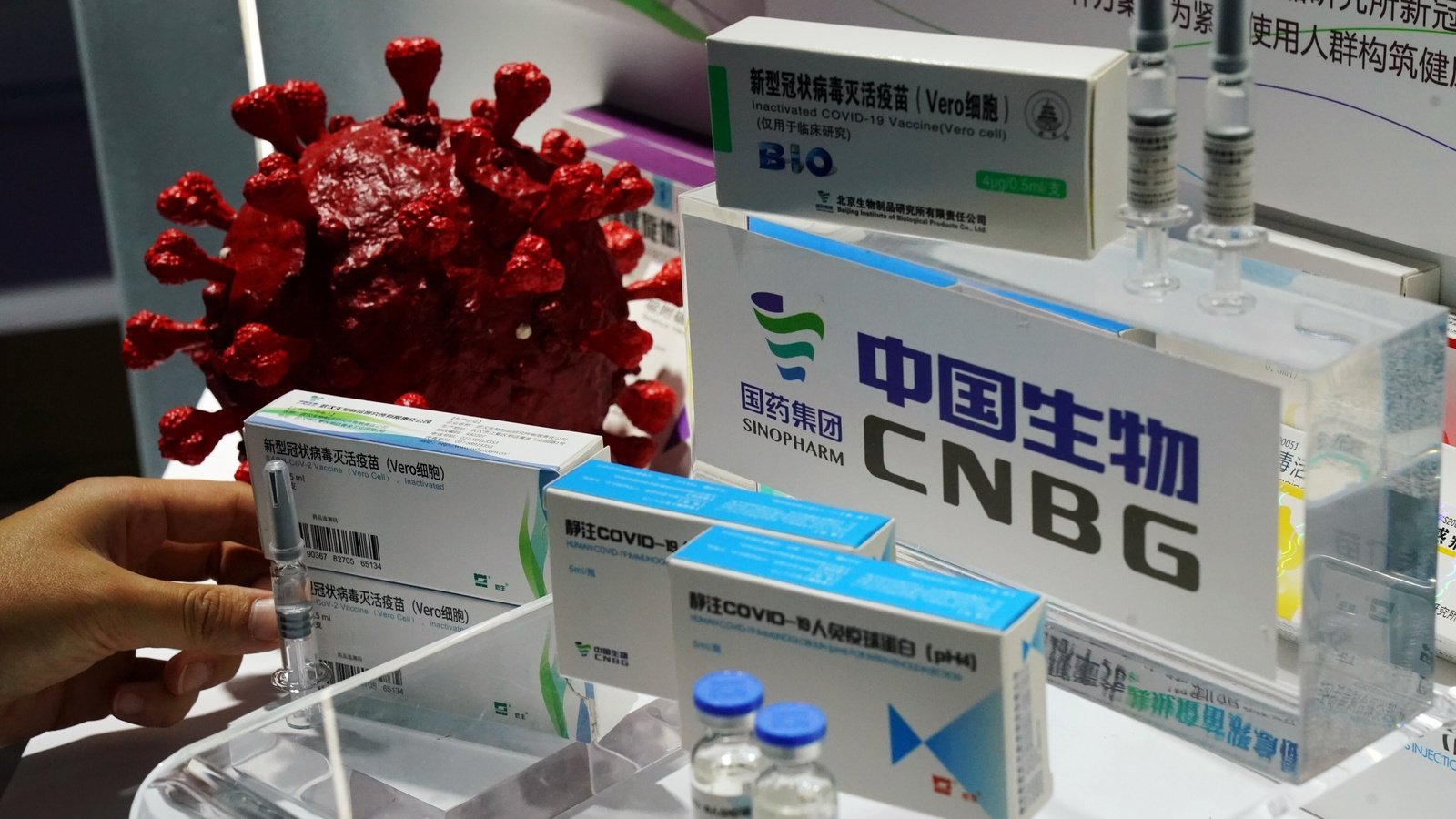 The World Health Organization said Friday it has approved for emergency use a coronavirus vaccine developed by Chinese state-owned pharmaceutical group Sinopharm.

Beijing’s Covid vaccine is recommended for adults 18 years and up with a two-dose regimen, WHO Director-General Tedros Adhanom Ghebreyesus said at a press briefing.

The new addition to the list of usable vaccine options could hasten efforts to control the spread of Covid-19 and its variant forms, which are driving new infections in many parts of the world.

“Solving the vaccine crisis requires that we pull out all the stops,” Tedros said.

Sinopharm’s shot is the sixth to receive the WHO’s approval for “safety, efficacy and quality,” he said.

“Vaccines remain a vital tool. But right now, the volume and distribution of vaccines are insufficient to end the pandemic, without the sustained and tailored application of public health measures that we know work,” Tedros said.

The state-owned drugmaker’s two-dose Covid shot has already been approved for emergency use in China, the United Arab Emirates, and Bahrain.

Another Chinese shot, made by the private company Sinovac, has not yet been approved by the WHO.

In the U.S., vaccines developed by Pfizer-BioNTech, Moderna, and Johnson & Johnson have received emergency use authorizations by the Food and Drug Administration.

The WHO has granted emergency validation for those three shots, as well as for vaccines produced by AstraZeneca-SK BIO and the Serum Institute of India.

Lega Serie A and Crypto.com announced that they have reached an important partnership agreement on the occasion of the 2021 Coppa Italia Final, which will see Atalanta challenge Juventus on 19th May at the Mapei Stadium in Reggio Emilia.

Lega Serie A is proud to be the first football league to sign a partnership agreement with a cryptocurrency and NFT platform. The partnership, which begins with the Coppa Italia Final is expected to extend long into the future. To commemorate the first time Atalanta and Juventus meet at the Coppa Italia Final, a special NFT collection will be made available including the official trophy, match highlights, and more.

With the fastest growing crypto app and over 10 million users worldwide, Crypto.com is proud to be Lega Serie A’s first cryptocurrency partner. Together the two organizations will create new experiences for football fans in Italy and beyond, starting with special NFT collectibles available exclusively at Crypto.com/NFT.

“We are extremely proud to announce this prestigious partnership with Crypto.com, a leading company in the world of cryptocurrencies and NFTs – said Luigi De Siervo, CEO of Lega Serie A – We are the first football league in the world to sign an agreement in this new market which is extremely innovative and relevant not only for sports fans, where other world-class leagues such as the NBA have been operating in recent months. In this way Lega Serie A aims to expand its target audience and continues the international growth of the brand, always looking to the future and innovation. The Coppa Italia Final will be an expression of these values and will offer millions of fans around the world an exciting experience not only on the pitch but also before and after the game, thanks to the many commercial and marketing initiatives that we will organize with our partners”.

“We are proud to collaborate with an exceptional partner such as Lega Serie A, the latest in an exciting roadmap of sports partnerships we’ll soon be announcing,” said Kris Marszalek, co-founder and CEO of Crypto.com. “It’s a unique opportunity to support the world’s most popular sport during the historic match between Atalanta and Juventus, surely to be watched by football fans world-wide. Through our partnership, we will bring together the best of blockchain technology and football by co-creating NFTs sure to become instant classics and highly coveted collectibles.” 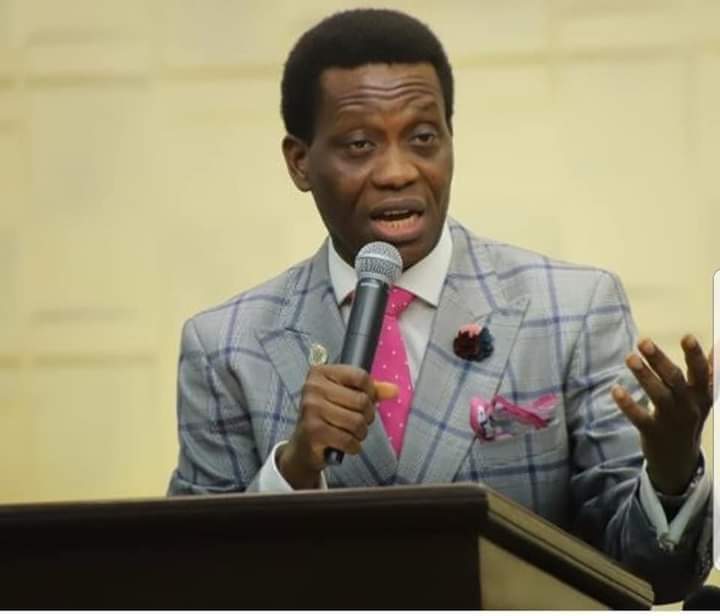 Pastor Dare Adeboye, the son of the General Overseer of the Redeemed Christian Church of God Worldwide, Enoch Adeboye, is dead.

The media gathered that the 42-year-old, who is the third son of the revered cleric, died in his sleep on Wednesday in Eket, Akwa Ibom State, where he was based with his family.

Our correspondent gathered from reliable sources in the church that the deceased, who was the Assistant Pastor in charge of Region (Youth) 35, had ministered the previous day.

He was said to have retired to his bed and did not wake up.

His wife, Temiloluwa, was said to have raised the alarm.

“He was not sick and did not complain of anything before the incident. Pastors in the church were summoned to pray for him, all to no avail,” a source added.

The Head of Media and Public Relations, RCCG, Pastor Olaitan Olubiyi, however, confirmed the tragedy on Thursday morning.

He said, “It is true. The incident happened in Eket where he was based. I don’t have the details for now. Maybe before the end of today, we will issue a statement.”

Dare would have been 43 years old next month, June.

Last year, on his 42nd birth, his dad, Adeboye on a social media post described him as his first miracle child.

He wrote on his Facebook page,
“Our first miracle child. We pray that God will keep his miraculous working power in your life and all those who need a miracle today, will use you as a point of contact for their own in JESUS name. (Amen) love from Dad, Mom and the whole Adeboye dynasty.”

Dare was happily married with children.