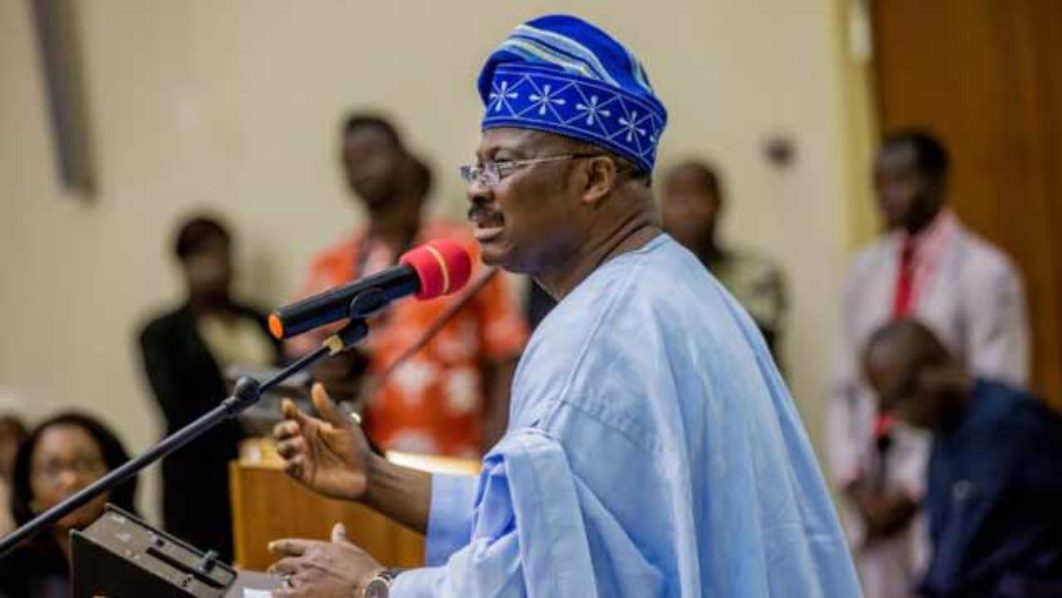 An unconfirmed report by a popular journalist, Fisayo Soyombo, has said the former Governor of Oyo State, Abiola Ajimobi died of COVID-19 according to his source.

In a tweet posted a few minutes ago, Soyombo said “A source who has never failed me in six years of knowing him has just confirmed to me the death, in Lagos today, of Abiola Ajimobi, former Governor of Oyo State, due to underlying health conditions worsened by the Coronavirus. May his soul rest in peace.”

However, Dr. Kemi Olunloyo later tweeted that after speaking with a few family members of the Governor, she was able to establish that  Ajimobi is still alive and recovering.  Dr. Olunloyo was the first to report that the former governor had an underlying sickness preventing him from recovering from COVID-19 infection on time.

She said “#Breaking I was inundated by messages that fmr Governor @AAAjimobi Ajimobi has DIED in Lagos! I could not get info from Oyo lawmakers, elites, media. I have finally confirmed and spoke to the family 9:15 pm 6/18/20.” 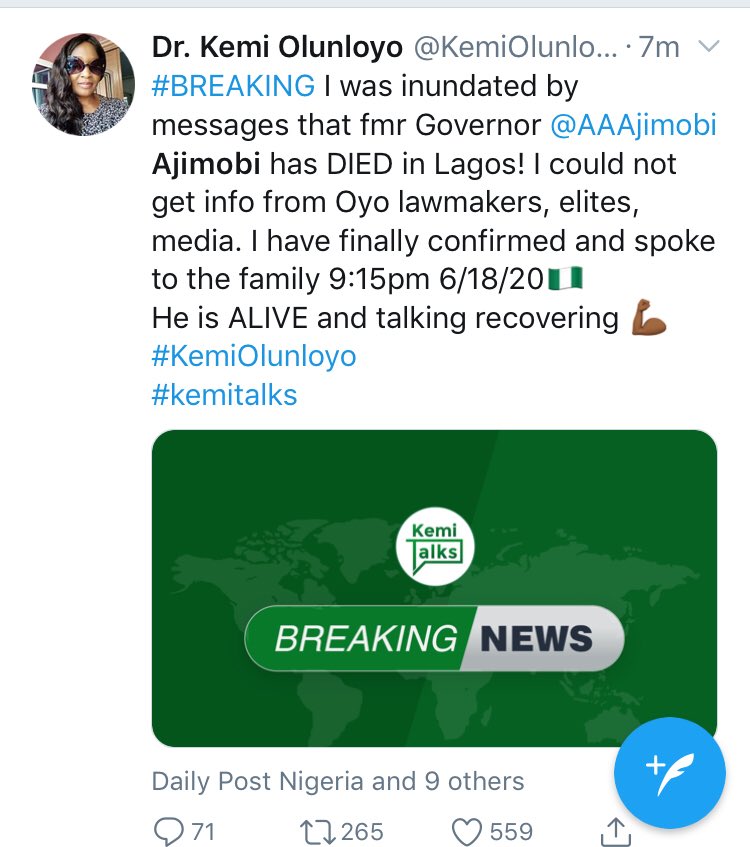 He said “I spoke with those around him not long ago and they confirmed to me that he is still alive. Please disregard news of his death as fake news.”