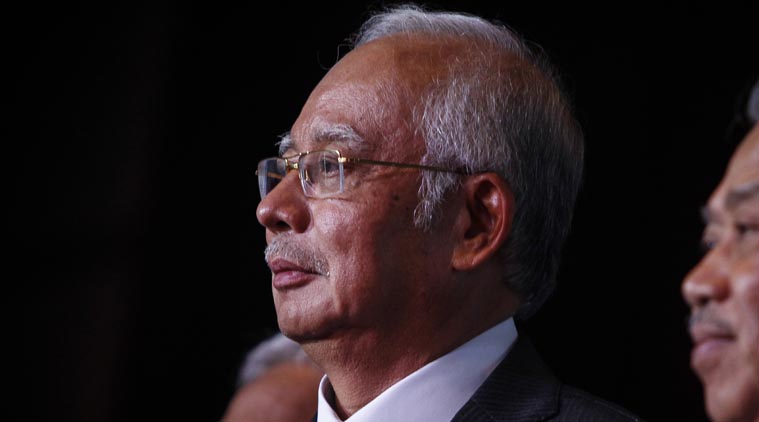 Financier Low has been described as a central player in the alleged corruption and money laundering at 1MDB, according to Malaysian and U.S. authorities investigating the fund. He had no official role in 1MDB, but advised on investments and negotiated deals for the fund, the authorities have said.

Najib, ousted in a May 9 election by Prime Minister Mahathir Mohamad, is facing multiple charges of graft, abuse of power and criminal breach of trust related to 1MDB. He has pleaded not guilty to all the charges and has consistently denied wrongdoing.

In a statement dated Saturday, Malaysia’s auditor-general Madinah Mohamad said “several” findings from the audit report submitted in February 2016 to Najib were “dropped and amended.”

The audit report before the amendments has been submitted to the Malaysian Anti-Corruption Commission and the police for further investigation, Madinah said.

“The former prime minister ordered the deletion of the paragraph containing two versions of the 1MDB financial statement for the year ended 2014 and directed an investigation to be carried out by the enforcement authorities,” she said in a statement.

Najib’s private secretary also “directed the former auditor general to drop the paragraph on the presence of Low Taek Jho in one of the 1MDB Board meetings on the ground that it is sensitive and to avoid the fact being twisted around by the opposition.”

A spokesman for Najib did not immediately respond to a request for comment.

In an interview with Reuters in June, Najib said he should not be blamed for the scandal at 1MDB and that he knew nothing about money from the state fund appearing in his personal account.

Low, who is at large, has previously maintained his innocence.

Malaysia, under the premiership of Najib, had classified the audit report in 2016 under the Officials Secrets Act when the fund’s financial troubles were being investigated. The Mahathir government in May declassified the report that showed senior officials at 1MDB withheld information from its board.

Second Niger Bridge to Open For Use During Christmas

The Ag Controller of Works in Anambra, Mr Seyi Martins has disclosed that the Second Niger Bridge will be ready for use by next Christmas.

The Ag Controller of Works in Anambra, Mr Seyi Martins has disclosed that the Second Niger Bridge will be ready for use by next Christmas.

Mr Seyi Martins disclosed this during an interview with the News Agency of Nigeria (NAN) in Awka on Monday.

The Acting Controller said that the first phase of the Second Niger Bridge measuring 1.6km, had reached 95 percent completion.

He also disclosed that the long-term coming bridge will be ready for use by December 2022. This is contrary to the news making the round that the project would be ready by 2024.

“The bridge project is 95 percent complete and it is expected to be ready by December 2022,” he said.

Investors King gathered that work has not commenced on the second phase of the project. The controller however noted that motorists will not be subjected to gridlock during the yuletide period.

It could be recalled that Julius Barger International was awarded the construction of the Second Niger Bridge. The bridge connects the cities of Asaba in the Delta state and Onitsha in the Anambra state.

The Second Niger Bridge has often being used as campaign promises. It was first proposed in 1958, then in 1967 and 1987. Upon the return to civilian rule in 1999, President Olusegun Obasanjo promised to deliver the second Niger River bridge.

Yet, there were no major activity was carried out on the bridge for eight years until five days to the incoming administration of Late Umar Yar’adua.

Upon completion, the bridge will significantly impact the socio-economic development of the hosting states. It will link parts of South-South and South-East zones to the rest of the country. The Federal Government has so far committed more than N400 billion to the construction of the Second Niger Bridge.