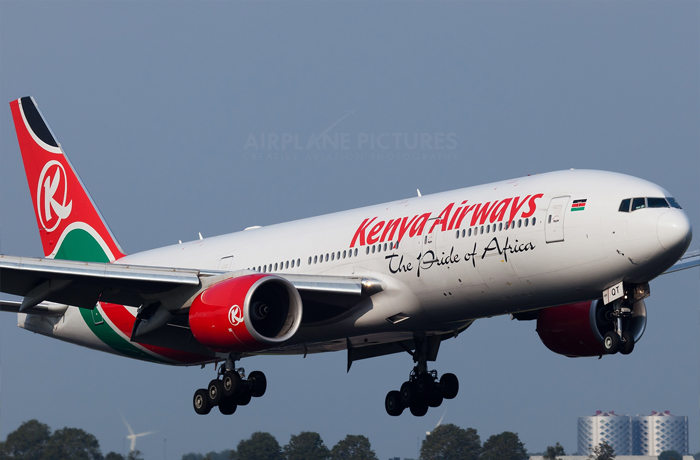 The East African carrier, Kenya Airways has accused aviation unions, especially the National Union of Air Transport Employees (NUATE) of not protecting the interest of its members.

The airline said that it has made efforts recently to negotiate with the union before 22 workers were laid off on redundancy but the leaders of the union failed to come to the negotiating table on the appointed dates.

A document made available to reporters by a source close to the airline, listed several attempts made by the airline to ensure a meeting with the unions on the planned redundancy of some of the workers, but the unions avoided meeting with the management even when some of its officials came from its head office in Nairobi, Kenya.

The letter with the reference number, IR/NUATE/11/04/2018/BF dated April 11, 2018, sent to the General Secretary of the National Union of Air Transport Employees (NUATE) and signed by Bridgette Imbuga, Acting Chief Human Resources Officer, Kenya Airways and made available to newsmen, stated that the airline as at January 15, 2018 notified the union of its redundancy plan and called for a meeting with the airline, which the union refused to honour.

However, you declined to discuss the redundancy subject and instead proposed that we pick another date to specifically negotiate the redundancy payments. After considering each party’s commitments, you personally proposed 5th April 2018, which we mutually accepted and firmed up.

“It was therefore shockingly disappointed and unexpected that you failed to attend the meeting on the agreed date without any apologies or prior notification notwithstanding the fact that the management team had travelled to Lagos and were more punctually present for the meeting at the appointed venue.”

General Secretary of NUATE, Olayinka Abioye had earlier alleged that the airline abruptly sacked the workers without enough notice and threatened that the East African carrier would be picketed to reverse its decision.