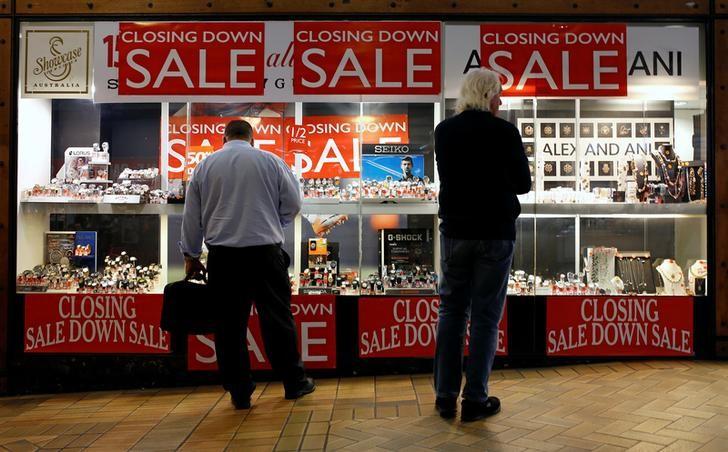 Australian consumers are buying once again, after months of weak spending and competitive discount.

The retail sales rose 0.5 percent in October, according to the Australian Bureau of Statistics (ABS) report released on Tuesday. The strongest figure since May and higher than the 0.3 percent predicted by most economists. September number was also revised up to 0.1 percent.

Australian retailers who have been struggling with weak sales even with relentless price discounts now have Amazon.com Inc to compete with as the global giant finally opened its doors for business this morning to seize part of the $300 billion a year retail pie.

According to the report, sales were broad-based with clothing stores and restaurants out performing, however, weak wage growth and rising household debt still remain a concern. Meaning surged in retail sales might be a temporary occurrence.

However, the Australian Retailers Association (ARA) expects Amazon arrival to reinforce business confidence in the sluggish retail sector and help local chains expand their customer base.

“With the advancement in digital technologies across the retail sector, we believe online retail sales will account for 13 per cent of total retail sales in the next five years,” said ARA’s executive director Russell Zimmerman.

Meanwhile, the Reserve Bank of Australia held interest rates unchanged at 1.5 percent on Tuesday, citing weak wage growth amid record low unemployment rate. According to RBA, while employers are finding it hard to hire workers with necessary skills, “wage growth remains low. This is likely to continue for a while yet, although the stronger conditions in the labour market should see some lift in wage growth over time.”

Australian dollar gained slightly against the US dollar after the report to $76.53c before losing more than 65 percent of its gain.