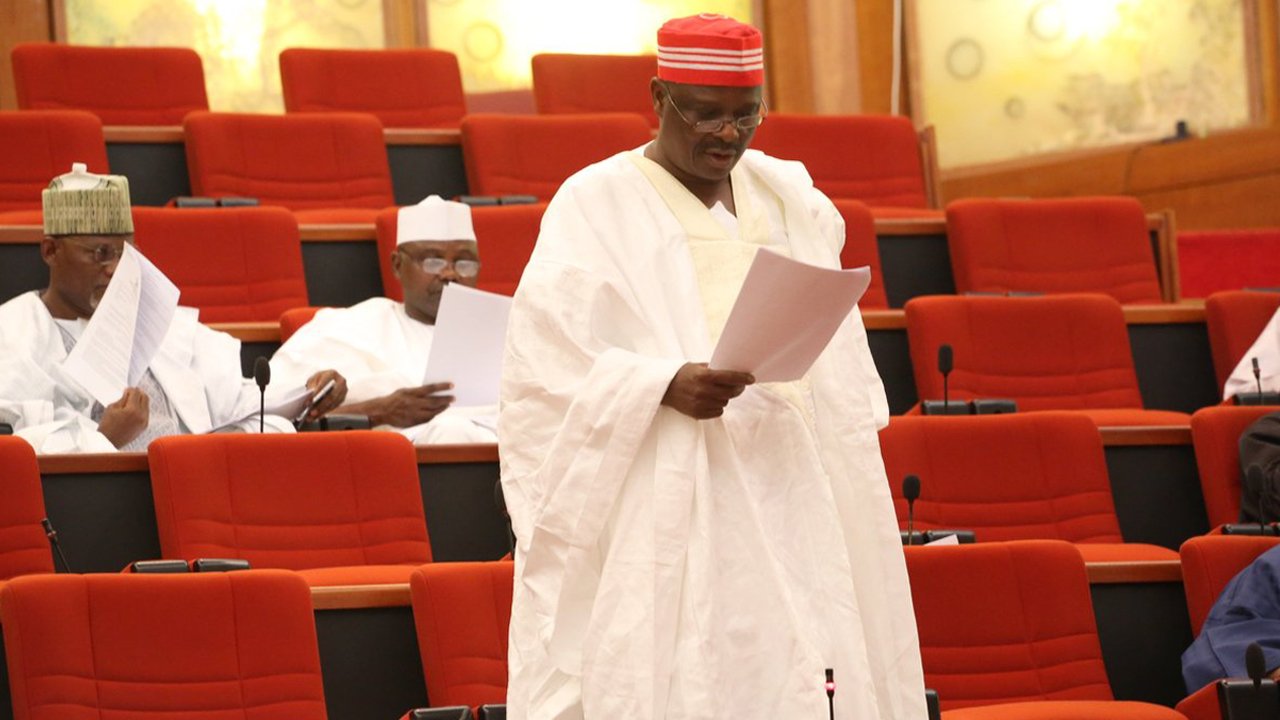 Ndume, at the plenary on Wednesday, raised a point of order to speak on the North-East Development Commission and the late Senator Isiaka Adeleke.

He said, “You know that I have been away for seven and a half months and today, we all know that in my absence, we lost distinguished Senator Isiaka Adeleke, who was sitting right behind me and I used to call him my landlord. I didn’t have the opportunity to pay my tribute. I want to appeal to this Senate to, again, stand for a minute silence and pray for the repose of his soul.

“Secondly, also in my absence, the much desired bill for the establishment of the North-East Development Commission sponsored by myself and distinguished Senator Kabiru Gaya was signed into law by Mr. President.

“Also in my absence, this Senate magnanimously and unanimously sponsored a bill for the adequate funding of that commission. In view of that, I want to thank everybody who contributed in one way or the other. But most importantly, I want the house to observe a minute silence in honour of our brother, Isiaka Adeleke.”

In his remark, President of the Senate, Bukola Saraki, said, “Your point of order is noted,” asking the Majority Leader, Senator Ahmad Lawan, to proceed with the next item on the Order Paper.

Ndume later addressed journalists, where he narrated all that happened in the Senate while he was on suspension.

He said, “Seven months and a half, I have not been here. In the seven months and the half, right in the chamber here, a colleague of mine sitting right behind me died. In the same chamber, a colleague of mine and a friend – a very good friend and a neighbour for that matter – recently lost his wife; (Senator Barth) Nnaji. Two of my colleagues lost their seats. In the House of Representatives, two to three members died and one lost his seat. All these were within the gap of the seven and a half months that I was absent. It could have been me because I am not better than any of them.

“After registering today and addressing you now, I am heading to the airport to go and perform the lesser Hajj (in Saudi Arabia) and thank God because I am a son of nobody who became somebody without knowing anybody.”

Ndume also stated that his legal battle against the Senate on his suspension was not personal.

He added, “I really don’t want you to feel that I’m taking this on anybody, no. This is a democracy and there are so many things in democracy that will come to pass, to test and strengthen the democracy. I did not go to court for my personal reason. I went to court to get a declaration on whether what was done to me was right or wrong. The court has decided that what was done to me was wrong. And the Senate, I heard, is saying no, that they are going ahead (to the Court of Appeal). That is why all those institutions are there to test the law.”

The Senate had on Monday appealed against a Federal High Court judgment on Friday, which nullified Ndume’s suspension.

The upper chamber of the National Assembly, which stated through its lawyer, Chief Mike Ozekhome (SAN), in a statement on Sunday, disclosed that it would also apply for stay of execution at the Court of Appeal.

The Senate had on March 29, 2017, suspended Ndume for six months for not “conducting due diligence” before filing a petition against President of the Senate, Bukola Saraki; and lawmaker representing Kogi West Senatorial District, Senator Dino Melaye.

The FHC however voided the suspension in the judgment delivered on the suit marked FHC/ABJ/CS/551/2017, which Ndume filed to challenge his suspension for 90 legislative days.