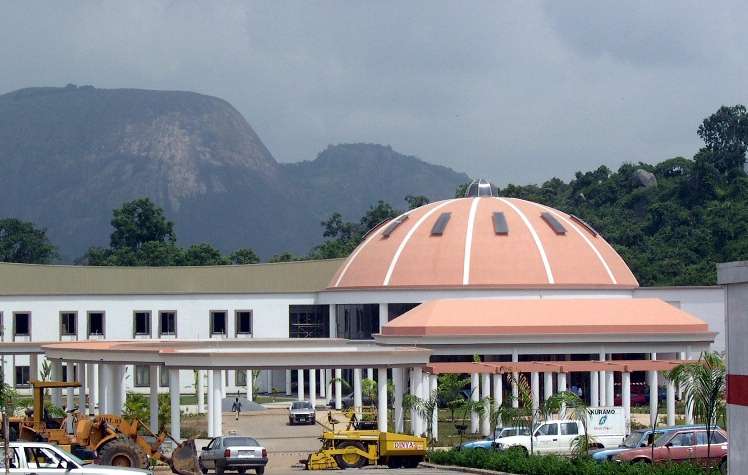 The Federal Government is proposing to spend N4.86bn in the 2018 fiscal year on maintenance of the Presidential Villa, Abuja.

The budgeted amount for next year when compared to the N4.95bn allocated for annual routine maintenance of villa facilities in the 2017 budget represents a decline of about N90m.

In the 2016 budget, the sum of N3.91bn was allocated for annual routine maintenance of the Presidential Villa by the Federal Government.

The N4.86bn amount for this year is part of the N11.54bn total allocation made for the state house headquarters in the proposed 2018 budget.

The State House has a total capital allocation of N7.1bn while recurrent expenditure was estimated at N4.43bn

In 2017, the state house had a budget of N11.02bm made up of N6.52bn for capital project while recurrent expenditure was estimated at N4.49bn.

The 2018 budget was submitted last Tuesday to a joint session of the National Assembly by President Muhammadu Buhari.

It has a total allocation of N8.61tn made up of N3.49tn for recurrent, N2.43tn for capital while debt servicing and statutory transfers among others are to gulp the sum of N2.01tn and N456bn respectively.

A breakdown of the state house budget shows that apart from the N4.86bn for annual maintenance, there are outstanding liabilities of N565.65m for routine maintenance for 2016.

In the same vein, the sum of N907.1m was budgeted for phased replacement of vehicles, spares and tyres in the presidential security/police escort, while N284.58m was allocated for renovation work at state house security quarters.

The budget proposal also has a provision of N93.6m for electronic document management system, N17.74m for upgrade of state house library, N28.9m for upgrade of villa ranch and construction of wildlife conservation and N83.7m for purchase of tyres for bulletproof vehicles, ambulances and other utilities and operational vehicles.

The Minister of Budget and National Planning, Udo Udoma, had on Tuesday during the public presentation of the 2018 budget, said the government would continue to spend more on ongoing infrastructure projects that had potential for job creation and inclusive growth.

He said the Federal Government would continue to leverage private capital and counterpart funding for the delivery of infrastructure projects.

For instance, he said N35.4bn had been provided for Federal Government National Housing Programme, N10bn for second Niger Bridge, N294bn for construction and rehabilitation of major roads nationwide, N8.9bn for procurements of vaccines, over N50bn for water supply, rehabilitation of dams and irrigation projects nationwide.

He added that N25.1bn had been earmarked for promotion and development of value chains across 30 different commodities, N4bn for agri-business and market development, N46.3bn for special economic zone projects across the geopolitical zones to drive manufacturing and exports and N19.28bn in form of tax credits to support export through Export Expansion Grant, among others.

However, a civil-society organisation, Centre for Anti-Corruption and Open Leadership, condemned the budget for Aso Rock Villa, saying it was “unacceptable and a misnomer.”

The CACOL Director, Debo Adeniran, said, “Several items in the Aso Rock Villa budget are repeated annually and no changes are carried out. You are still going to have budget for kitchen utensils, furniture and others. This is the problem of our budget and the reason why the government has gone ahead with such bogus amounts is because there is no accountability, probity and transparency. If people can raise questions, we can force the amounts down.

“Basically, it is a misnomer and an administration preaching change must not allow such bloated budget. We have just heard about the Aso Rock clinic fraud which was brought to light by even the wife of the President.”

Also, a Second Republic lawmaker, Dr Junaid Muhammed, described as unacceptable the budgeted amount for the installations, noting that the budget needed to be scrutinised.

Muhammed said, “I share the concerns of many Nigerians that many items in the 2018 are bloated and unacceptable. If only we will take time to scrutinise the budget, we will find many of such unnecessary items such as the one in focus.

“That the cost of the maintenance of the installations at the villa, put at N4.86billion is more than the installations themselves is laughable and shows that the present government is not being sincere with itself. Such is very unacceptable.”

It is unnecessary, says CIFCN registrar

Commenting on the allocation for maintenance of the villa, the Registrar, Chartered Institute of Finance and Control of Nigeria, Mr. Godwin Eohoi, said the huge allocation was unnecessary at a time when Nigerians were experiencing economic hardship.

He said, “That kind of huge allocation for maintenance of the presidential villa is an expenditure that should not be encouraged at a time when the government is involved in huge borrowing to finance its operations and when a majority of Nigerians are suffering the biting economic hardship.

“The government should set its priorities right by ensuring that many of the bad roads are fixed. Why budget such huge amount of money for maintenance of the Villa when many people don’t even have food to eat?

“That amount that was budgeted for maintenance should have been reduced drastically to free up funds for other infrastructure projects.”

The office of President Muhammadu Buhari was repaired after the President came back from 81 days’ medical trip in London, the United Kingdom on August 19.