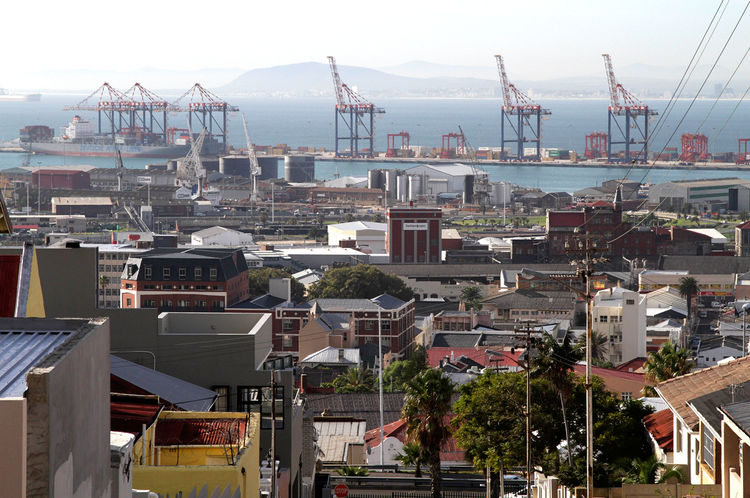 Economic growth in sub-Saharan Africa has slowed markedly. After close to two decades of rapid expansion, 2016 saw the lowest level of growth in more than 20 years, with regional growth dipping to 1.4 percent. The loss in momentum was broad based, with activity slowing in almost two-thirds of the countries (accounting for more than four fifths of regional GDP). The main sources of encouragement are the sizable number of countries in Eastern and Western Africa where growth remains robust, albeit slower than in recent years.

And looking ahead, the outlook looks set to remain subdued. The modest recovery projected in 2017—to 2.6 percent—will barely put sub-Saharan Africa back on a path of rising per capita gains. Furthermore, the uptick will be largely driven by one-off factors in the three largest countries—a recovery in oil production in Nigeria, higher public spending in Angola, and a reduced drag from the drought in South Africa. The outlook is shrouded in substantial uncertainties: a faster than expected normalization of monetary policy in the U.S. could imply further appreciation of the U.S. dollar and a tightening of financing conditions; and a broad shift towards inward-looking policies at the global level would further hamper growth in the region. Domestic threats to a stronger economic recovery in some countries include civil conflict and the attendant dislocations like famine that they can trigger—as in South Sudan at the moment.

The fall in commodity prices from their 2010-2013 peaks was a very substantial shock. But, three years after the slump many resource-intensive countries have yet to put in place a comprehensive set of policies to address the impact of the decline in prices. Countries which have been hardest hit by the decline, especially oil exporters such as Angola, Nigeria, and the countries of the Central African Economic and Monetary Union (CEMAC), are continuing to face budgetary revenue losses and balance of payments pressures. The delay in implementing much-needed adjustment policies is creating uncertainty, holding back investment, and risks generating even deeper difficulties in the future.

It is also concerning that vulnerabilities are emerging in many countries without significant commodity exports. While these countries have generally maintained high growth rates, their fiscal deficits have been high for a number of years, as their governments rightly sought to address social and infrastructure gaps. But now, public debt and borrowing costs are on the rise.

Against this background, the external environment is expected to provide only limited support. Improvements in commodity prices will provide some breathing space, but will not be enough to address existing imbalances among resource-intensive countries. In particular, oil prices are expected to stay far below their 2013 peaks. Likewise, external financing costs have declined from their peaks reached about a year ago, but they remain higher than for emerging and frontier market economies elsewhere in the world.

Strong policies are needed to restart the growth engine

In view of these challenges, what can be done to restart growth where it has faltered and preserve the existing momentum elsewhere? We see three priority areas:

First, a renewed focus on macroeconomic stability is a key prerequisite to realize the tremendous growth potential in the region. For the hardest-hit resource-intensive countries, strong fiscal consolidation is required, with an emphasis on revenue mobilization. This is needed to swiftly halt the decline in international reserves and offset permanent revenue losses, especially in the CEMAC. Where available, greater exchange rate flexibility and the elimination of exchange restrictions will be important to absorb part of the shock. For countries where growth is still strong, action is needed to address emerging vulnerabilities from a position of strength. Now is the time to shift the fiscal stance toward gradual fiscal consolidation to safeguard debt sustainability. Greater revenue mobilization offers the best route to maintain fiscal space for much needed development spending.

The second priority is to implement structural reforms to support macroeconomic rebalancing. On the structural fiscal front, the focus should be to improve domestic revenue mobilization and reduce the overreliance on commodity-related revenue and debt financing. Financial supervision needs to be strengthened, especially that of pan-African banks through enhanced cross-border collaboration. More broadly, greater emphasis is needed to support the economic diversification agenda starting with policies to address longstanding weaknesses in the business climate. This will help to attract investment towards new sectors and unleash the large and still untapped potential for private sector-led growth.

Finally, policies to strengthen social protection for the most vulnerable are essential. The current environment of low growth and widening macroeconomic imbalances risks reversing the decline in poverty. Existing social protection programs are often fragmented, not well-targeted, and typically cover only a small share of the population. There is a need to better target these programs and use savings from regressive expenditures such as fuel subsidies to ensure that the burden of adjustment does not fall on the most vulnerable.