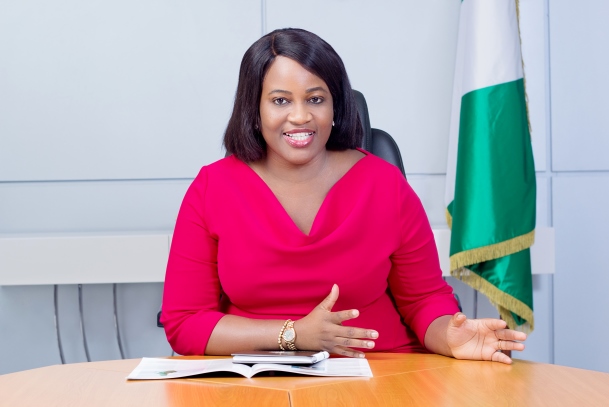 By September 2016, they had invested N1.82bn in infrastructure bond out of the total assets that currently stand at N6.2tn.

The assets under the CPS have been recording a stable growth despite the recession.

Some operators, who spoke to our correspondent, said they were ready to increase the level of investment in infrastructure during the current recession in the economy if the portfolios made available to them could meet the specifications of the pension regulatory guidelines.

It was gathered that investors, who could not access the fund due to the stringent measures introduced in the investment guidelines by the National Pension Commission, had been seeking the Federal Government’s backing to get the pension operators to invest part of the funds in their projects.

According to the operators, the fund is safer for investments if fully backed by the Federal Government securities.

According to the operators, the fund is not lying idle but has been invested in different portfolios, which are the FGN bonds, treasury bills, domestic ordinary shares, local money market securities, corporate debt securities, real estate properties, state government securities, foreign domestic shares and cash/other assets.

The fund is also being invested in private equity fund, open/close-end fund and supra-national bonds.

He noted that there had been calls by stakeholders in the public and private sectors that the fund should be used to address the infrastructural gap in the country.

He explained that the draft investment guidelines, which specify to the operators how to invest the fund, led to a cut in the requirements on how much pension fund might be invested in specialised instruments, such as infrastructure and private equity securities within the country.

Longe said that the pension fund was being optimally invested and professionally managed by the PFAs.

“The investment guidelines are broad and comprehensive enough to include assets that will make notable societal impact,” he said.

Longe explained that the PFAs could be more adventurous in the asset classes they reviewed, developed and invested in, adding that the CPS provided a positive opportunity over the long haul to improve the general wealth environment of the country.

The Head, Investment Supervision Department, National Pension Commission, Ehimeme Ohioma, said there was a huge infrastructure gap, cutting across critical areas of the economy, which had impacted on the level of the country’s economic growth/performance.

“The pension reforms and introduction of the CPS have significantly enhanced savings mobilisation, capital (equity and bond) market development, economic growth and macroeconomic performance,” he said.

According to him, infrastructure is a potential avenue for pension fund to reap higher and consistent returns on investment if adequate policies, structures and regulations are instituted.

He observed that several countries in Europe, Latin America and Africa had successfully utilised parts of their accumulated pension funds by investing them in new infrastructure projects or renewing dilapidated ones.

Globally, he said, productive investments in infrastructure were made possible by long-term private funds/savings and other sources like government revenues and bank loans.

“Pension fund investment in infrastructure is a reasonable proposition given the good asset/liability match, as infrastructure projects are long-term investments that match the long duration of pension liabilities,” Ohioma said.

According to him, Nigeria has a large infrastructure deficit in all key sectors largely due to population growth, demographic changes and urbanisation, which have driven increased demand for infrastructure.

He explained that the regulation on investment of pension fund assets issued by PenCom was amended to allow for investment in alternative asset classes such as infrastructure bonds.

PenCom, however, noted that the challenges of pension fund investment in infrastructure included availability of products and dearth of alternative asset products in the Nigerian financial markets.

The challenge also include liquidity risks, as pension funds prefer low or no risk products that are able to generate steady income from the onset.

The Director-General, PenCom, Mrs. Chinelo Anohu-Amazu, stated that there was a need for the government to provide adequate guarantees to secure investment of the pension fund in infrastructure.

She said while the commission was not opposed to the idea of deploying the pension fund in infrastructure, adequate mechanism must be put in place to ensure its safety.

The PenCom boss explained that the pension fund alone would not be able to address the infrastructure needs of the country, adding that other sources of funding such as public-private partnership arrangements should be explored.

She said, “Today, pension and social security systems serve as catalysts for generating pool of long-term investible funds that can be used to develop necessary ingredients for economic development such as infrastructure.

“Given the current global economic challenges occasioned by the drop in commodity prices, the funds generated under viable pension schemes have become veritable sources of financial intermediation.”