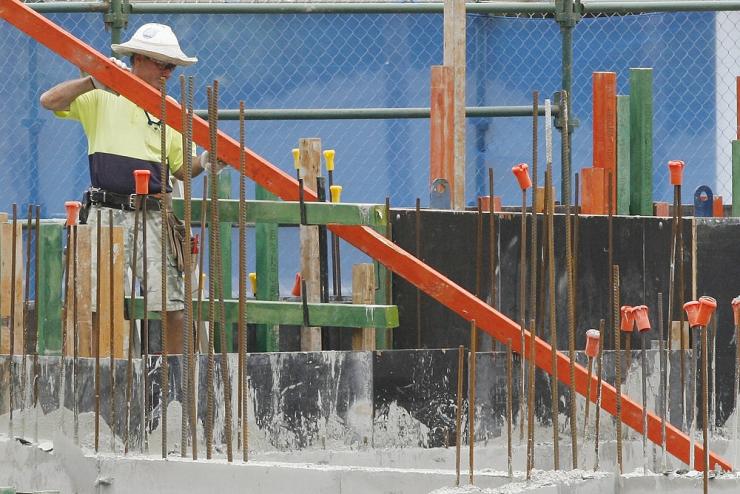 Australia’s unemployment rate has fallen to 5.6 per cent, despite the loss of 9,800 jobs, as the proportion of people looking for work tumbled.

However, the exact opposite occurred, with the loss of 9,800 jobs but unemployment falling to 5.6 per cent from an upwardly revised August number of 5.7 per cent.

The fall in unemployment was driven entirely by a drop in the participation rate – the proportion of people in work or actively looking for it – from 64.7 to 64.5 per cent.

Perhaps more concerning than the surprise slump in the proportion of people in the workforce was the composition of the estimated 9,800 jobs lost.

The Bureau of Statistics estimates that 53,000 full-time positions disappeared in September, only partly replaced by 43,200 new part-time jobs.

This continues a longer-term trend that appears to have accelerated over the past year, observed the program manager of the bureau’s Labour and Income Branch, Jacqui Jones.

Shift to Part-Time Work ‘Not a Good Outcome’ For Economy

The shift to part-time job creation and full-time work weakness over recent times was noted by JP Morgan analyst Tom Kennedy in a research note earlier this week.

He said the latest numbers fit with this trend and, while unlikely to force an interest rate cut by the Reserve Bank in the short term, would be raising concern at the central bank.

“You’re not going to see too much volatility in the jobless rate, but you should look at things like underemployment and wage growth,” he told Reuters.

Yesterday, ratings agency Moody’s warned that underemployment was a major cause of rising mortgage repayment arrears, which are at a three-year high nationally and record levels in Western Australia, Tasmania and the Northern Territory.

‘The Numbers Are Rubbish’

However, other analysts doubt the veracity of the numbers, given the problems the ABS has had with its employment data over the past couple of years.

“The numbers are rubbish. No one is going to believe these numbers,” TD Securities head of Asia-Pacific research Annette Beacher told Reuters.

“The massive shifts in full-time/part-time is very easy to discount. It’s the sort of irregularities seen in recent months.”

The bureau’s employment figures are based on a survey of 26,000 households each month, a number which has been reduced due to budget pressures.

The sample is gradually rotated to ensure new households are interviewed and that the survey closely reflects the population’s make-up.

Some economists were warning of volatility in the September data because it was a rotation month, however most of those expected it to skew the number upwards.

“The ABS stated that it has altered the headline figure because the incoming rotation sample for Queensland was ‘considerably different to the rest of the Queensland sample’,” observed Paul Dales from Capital Economics.

“Somewhat unhelpfully, when we phoned the ABS it wouldn’t tell us in which direction it has tweaked the data.

“But, since the state breakdown shows that employment in Queensland fell by 4,100, we’re guessing that the actions of the ABS meant that the fall in employment was smaller than would otherwise have been the case.”

Jacqui Jones from the ABS said the move ensured the quality of the overall data.

“This reduced the influence of 580 households of the 4,600 Queensland sample; or around 2 per cent of the total Labour Force sample of 26,000 households,” she responded in a statement.

“The ABS will review this one Queensland rotation group when October data are collected and analysed next month.”