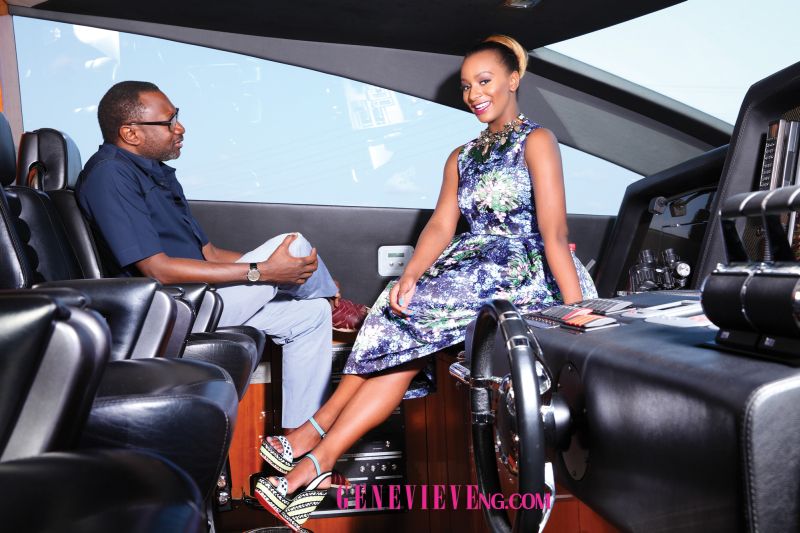 Nigerian businessman Femi Otedola‘s net worth has plunged from $1.8 Billion to $550 Million following a massive drop in the stock price of Forte Oil, the Nigerian Stock Exchange-listed petroleum marketing company.

As at the close of tradingon Friday, Forte Oil’s share price plunged to a one-year low of N145 ($0.44) per share, down from an all-time high of N342 ($1.1) in March this year when FORBES published its annual ranking of the world’s richest people.

Apart from the tumble in Forte Oil’s stock price, Otedola’s fortune has also been adversely affected by a central bank devaluation of the Naira in June. In dollar terms, the devaluation in addition to Forte’s floundering share price has knocked about $1.3 billion off the value of Otedola’s fortune which was pegged at $1.8 billion in March.

Otedola, who is Forte Oil Plc’s Chairman, is now worth only $550 million as at the close of business of Friday, according to the FORBES’ billionaires’ database.

Femi Otedola was unavailable for comments. However, an analyst at a Lagos-based Investment bank hinted that the share price drop may not be unconnected to the current recession in Nigeria that has witnessed 2 consecutive quarters of negative growth with inflation soaring to levels as high as 17%.

Investors are dumping Forte Oil’s shares as a result of wide-spread disappointing results of Nigerian Companies of which Forte Oil Plc is also not immune. The company’s profit after tax was down at N2.80 billion ($8.8 million) for the third quarter ended Sept 30 2016 as against N4.28 billion ($13.5 million) for the same period in 2015. Sources also attribute the results to reduced demand for energy consumption as a result of the recently increased pump price which has adversely affected the fortunes of oil marketing companies in Nigeria.

With a fortune now pegged at only $550 million, Otedola falls out of the ranking of Africa’s billionaires.

Forte Oil PLC is primarily engaged in the distribution of petroleum products such as diesel, aviation fuel and Premium Motor Spirit (PMS). The company has over 500 company-owned, dealer-assisted and dealer-developed gas stations spread across the country, oil storage depots in Lagos and Rivers states, a Power plant and a Joint User Hydrant Installation facility in Lagos. The company also sells its own range of automobile lubricants. Forte Oil Plc are also the owners and managers of the 435MW Geregu Power Plant in addition to also providing oilfield support services through its subsidiary, Forte Upstream Services.