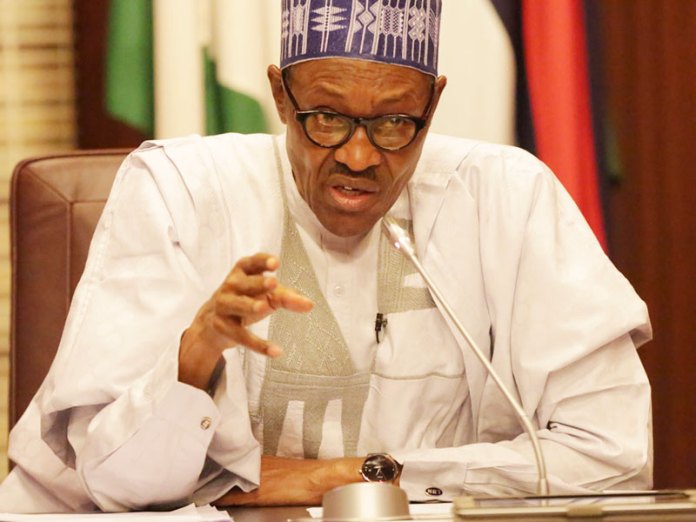 President Muhammadu Buhari friday expressed optimism about the release of more of the girls abducted at Government Girls Secondary School, Chibok, Borno State after 21 of them were freed by Boko Haram, following more than two years of captivity.

A statement by the Senior Special Assistant to the President on Media and Publicity, Garba Shehu said Buhari spoke at a joint press conference with the German Chancellor Angela Merkel in Berlin.

The President, according to Shehu said negotiations would continue until all the girls secure their freedom.
Buhari said: “On the Chibok girls, we have been able to secure the release of 21 of them, so over 100 more are still in the hands of the terrorists somewhere in the Lake Chad Basin area which include Cameroon, Niger and Nigeria.

“In getting this 21 out, we hope we will get enough intelligence to go about securing the rest of them. We are very grateful to the UN for their participation in trying to secure the release of these girls.”

The statement said the President thanked the German government for its humanitarian assistance and support for Nigeria in dealing with the effects of terrorism.

Also yesterday, the Director of Defence Information (DDI), Brig-Gen. Rabe Abubakar, said the decision to release the girl through negotiation was a political one that must be respected.

“The most important thing is the 21CGS are freed and we are all happy about it. It is a political decision to negotiate,” Abubakar explained. 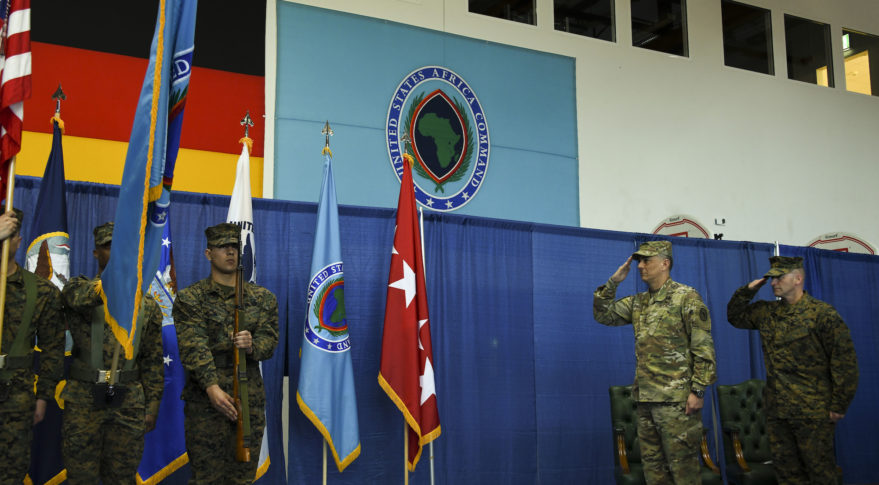 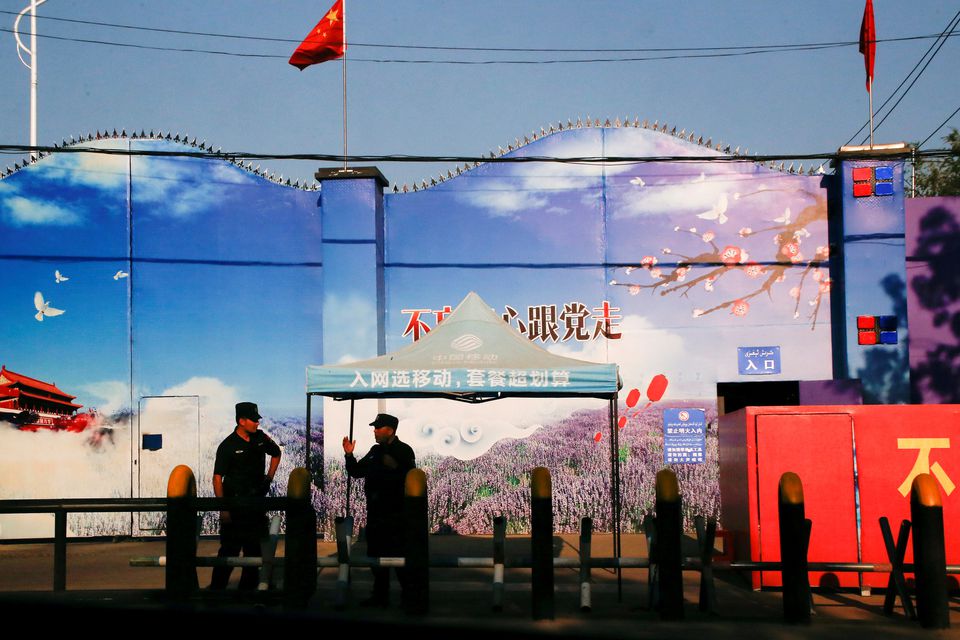 China has urged United Nations member states not to attend an event planned next week by Germany, the United States and Britain on the repression of Uyghur Muslims and other minorities in Xinjiang, according to a note seen by Reuters on Friday.

“It is a politically-motivated event,” China’s U.N. mission wrote in the note, dated Thursday. “We request your mission NOT to participate in this anti-China event.”

China charged that the organizers of the event, which also include several other European states along with Australia and Canada, use “human rights issues as a political tool to interfere in China’s internal affairs like Xinjiang, to create division and turbulence and disrupt China’s development.”

“They are obsessed with provoking confrontation with China,” the note said, adding that “the provocative event can only lead to more confrontation.”

The Chinese mission to the United Nations did not immediately respond to a request for comment.

The ambassadors of the United States, Germany and Britain are due to address the virtual U.N. event on Wednesday, along with Human Rights Watch Executive Director Ken Roth and Amnesty International Secretary General Agnes Callamard.

The aim of the event is to “discuss how the U.N. system, member states and civil society can support and advocate for the human rights of members of ethnic Turkic communities in Xinjiang,” according to an invitation.

Western states and rights groups have accused authorities in Xinjiang of detaining and torturing Uyghurs in camps, which the United States has described as genocide. In January, Washington banned the import of cotton and tomato products from Xinjiang over allegations of forced labor.

Beijing denies the accusations and describes the camps as vocational training centers to combat religious extremism.

“Beijing has been trying for years to bully governments into silence but that strategy has failed miserably, as more and states step forward to voice horror and revulsion at China’s crimes against Uyghurs and other Turkic Muslims,” Human Rights Watch U.N. director Louis Charbonneau said on Friday. 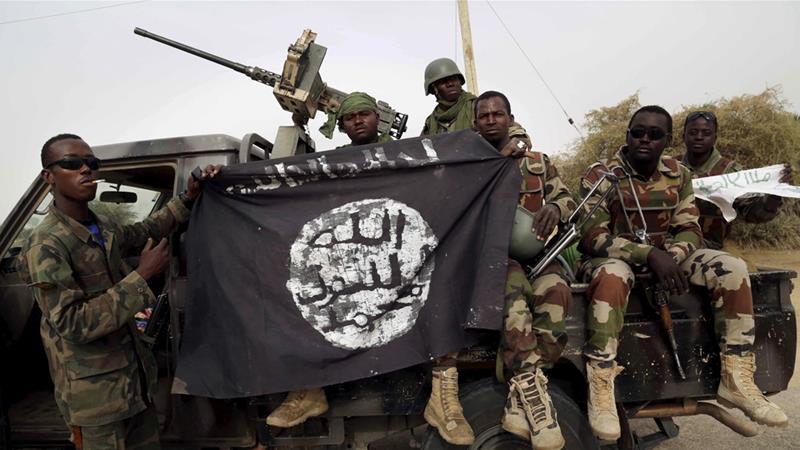 Lawmakers have been notified of a possible attack by Boko Haram insurgents on the National Assembly complex and other public buildings in Abuja, The media gathered.

Several members of the House of Representatives, on Wednesday, confirmed to Punch correspondent that they had been notified of the imminent attack by the terrorist group.

One of them, who is from a state in the South-West, said his presence would henceforth be limited on the premises.

“That is the security alert I saw today. I’m already moving out of here. I’ll only be around when there is a major reason to do so. Nowhere is safe in the country anymore,” he said.

Already the notice of the impending attack has been made available to the lawmakers.

The notice, a copy of which our correspondent obtained, was sent to the Speaker, Femi Gbajabiamila, other principal officers and all members of the House.

The ‘security alert’, dated May 4, 2021, was issued by the Chairman of the House Committee on Internal Security, National Assembly, Mr. Usman Shiddi.

It was titled ‘Re: planned insurgent attacks on VIP locations, government facilities and assets in Abuja.’

The alert read, “I refer to the above subject of which a copy of the intelligence report from the Force Intelligence Bureau of the Nigeria Police Force in the National Assembly Complex has been made available to my office.

“The report indicates planned insurgent attacks by some elements of Boko Haram on some VIP locations, government facilities and assets in Abuja, including the National Assembly complex.

“In view of the above intelligence, I have considered it paramount to advise that all members should, henceforth, use the presidential gate for ingress and egress.

“This is to avoid the unforeseen congestions that are sometimes encountered at the main gates since such congestions could easily be the targets for these insurgent elements.

“Security agencies are, however, actively on top of the issue to unravel and to contain the intended menace. Accept the assurances of my highest regards, please.”

Security has been beefed up in and around the complex since Thursday last week.

For the first time, security operatives on that day checked vehicles entering the premises, causing traffic congestion especially at the third (and last) gate, a process that has continued to date.

Before now, the security operatives were only after the identities of drivers and passengers to confirm that they were staff members, legislative aides, journalists, or persons working in private businesses in the complex.

The media correspondent observed that soldiers joined the regular sergeants-at-arms and men of the Nigeria Police Force, Department of State Services, Nigerian Security and Civil Defence Corps and the Federal Road Safety Corps that manned the gates.

Recall that the Governor of Niger State, Sani Bello, had on April 26, 2021, raised the alarm over Boko Haram terrorists taking over a part of the state, hoisting their flag in Kaure village from where they had made incursions into more than 50 villages.

Bello said Abuja was not safe, with Boko Haram’s presence in Kaure – a two-hour journey from the Federal Capital Territory.

The same day, Gbajabiamila had met with the President, Muhammadu Buhari at the Presidential Villa, in company with the Majority Leader, Alhassan Ado-Doguwa.

On the next day, the House held a long executive (closed-door) session to discuss the rising spate of insecurity across Nigeria, calling on Buhari to declare a state of emergency on security.

At the secret session that lasted over three hours, the lawmakers unanimously adopted a series of resolutions, one of which was that “the Federal Government should ensure the protection of national infrastructure and assets, particularly the Shiroro and Kainji Dams in Niger State.”