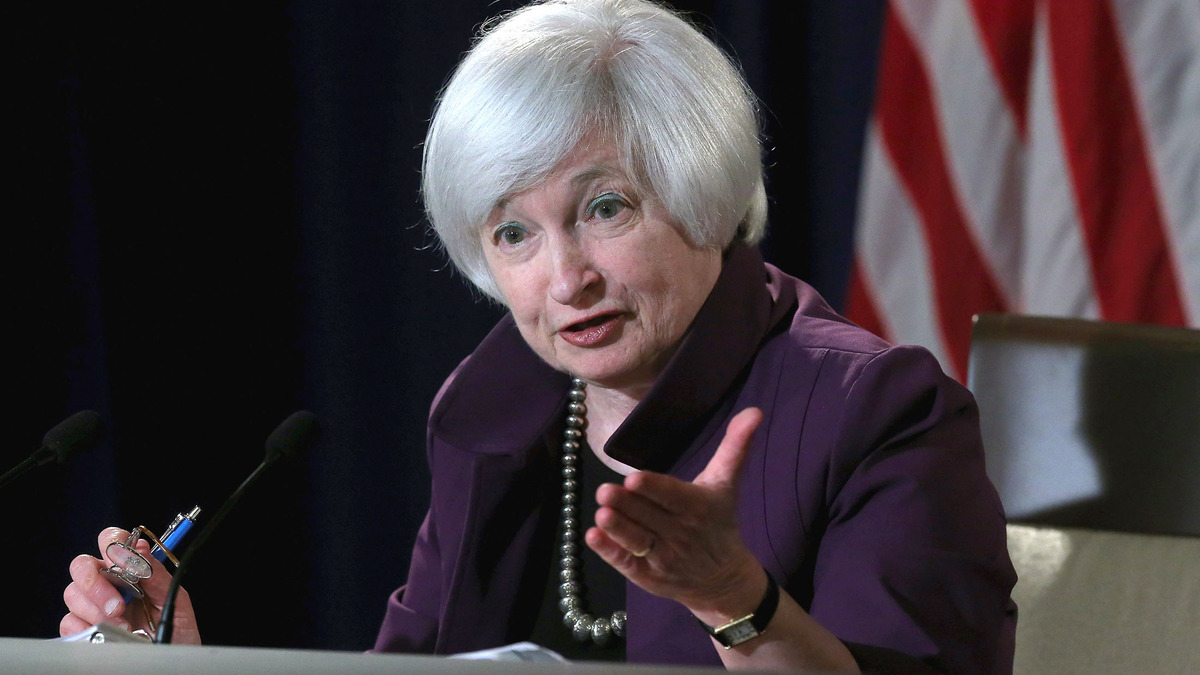 Federal Reserve Chair Janet Yellen said there are “plausible ways” that running the U.S. economy hot for a while could fix some of the damage caused to growth trends by the Great Recession.

“Increased business sales would almost certainly raise the productive capacity of the economy by encouraging additional capital spending,” Yellen said Friday in the text of a speech to a Boston Fed conference on the elusive economic recovery. “A tight labor market might draw in potential workers who would otherwise sit on the sidelines.”

The economic recovery which began in the middle of 2009 has proceeded at sluggish pace. It took more than six years to drive the unemployment rate close to Fed officials’ definition of full employment. Inflation has remained below the Fed’s 2 percent target since 2012, and wages haven’t grown as fast as in previous expansions. Economists at the Boston Fed conference examined the sources and definitions of the slow recovery, with some arguing that demographic trends that were already in place before the recession are driving a substantial portion of it.

Yellen pondered whether a “high-pressure economy” could reverse some of the damage done in the recession, including declines in research spending and labor force participation. In effect, that has been the Federal Open Market Committee’s bet this year, though Yellen cautioned that running a low-rate policy for too long “could have costs that exceed the benefits” by increasing financial risk or inflation.

Still, Yellen said, “the influence of labor market conditions on inflation in recent years seems to be weaker than had been commonly thought prior to the financial crisis.”

She noted that inflation fell during the recession but said the decline was “quite modest” given how high unemployment rose. “Likewise, wages and prices rose comparatively little as the labor market gradually recovered.”

Yellen also used her remarks to prominent monetary economists to pose a list of questions that she said required new research.

These included the somewhat unorthodox idea that changes in demand might have a persistent impact on supply, and why the influence of labor market conditions on inflation has weakened in recent years and whether that was caused by the Great Recession. She also asked how policy makers can reduce the frequency and severity of future crises by understanding better the connections between the financial sector and the broad economy.

Fed officials have maintained exceptionally easy monetary policy. They cut rates to near-zero in late 2008 and have since raised them only once, in December, leaving policy on hold so far this year as they sought to shield the U.S. expansion from headwinds abroad. Despite the shocks, Yellen has maintained her focus on labor market slack, arguing that there were still more gains to be made despite the low unemployment rate.

However, minutes from the Sept. 20-21 meeting of the Federal Open Market Committee showed that “several” members of the central bank’s policy-setting panel judged that it would be appropriate to raise the benchmark lending rate “relatively soon.”

Uncertainty over the economic outlook, and the Fed’s desire to assure that job growth remains strong, has encouraged investors to bet more heavily on a rate hike in December rather than at the FOMC’s Nov. 1-2 meeting, the week before the U.S. presidential election. Pricing in federal funds future contracts indicates they see a roughly two thirds probability of a move in December versus less than 20 percent next month.