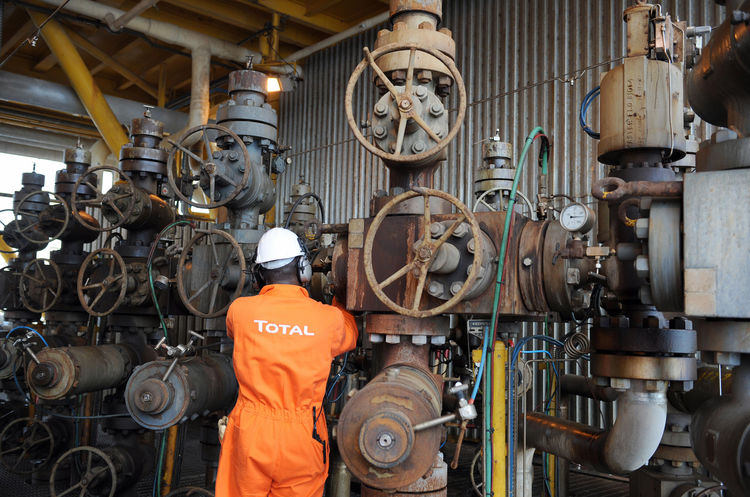 Two months after force majeure was declared on exports of Qua Iboe, the nation’s largest crude oil stream, ExxonMobil is offering a cargo of the grade to be loaded next month.

This is coming as the first offer since Mobil Producing Nigeria, a subsidiary of ExxonMobil, declared force majeure on the grade in July, sources told Reuters on Tuesday.

Force majeure is a legal clause that allows companies to cancel or delay deliveries due to unforeseen circumstances.

ExxonMobil declared force majeure on the grade in mid-July after a leak on the pipeline that feeds the oil to the export terminal.

Militant group, the Niger Delta Avengers, had said in July that it blew up the oil giant’s 48-inch crude export pipeline in Akwa Ibom State that feeds the Qua Iboe Terminal, which has capacity to export more than 300,000 barrels per day.

It was not immediately clear if the pipeline was already repaired, or if the company simply expected it to be back online in time to load the oil in October.

The cargo is offered for October 8-16 loading at a premium of $1.80 per barrel to dated Brent, sources said.

A spokesman for ExxonMobil said the force majeure remained in effect but did not give a time frame for the resumption of regular oil flows.

The Manager, Media and Communications, Mobil Producing Nigeria Unlimited, Mr. Oge Udeagha, had in July told our correspondent that the force majeure was declared due to a system anomaly observed during a routine check of the firm’s loading facility on July 14, 2016.

“We are working to ensure loading activities at the facility return to normal. The Qua Iboe Terminal is operating and production activities continue,” he had said.

Nigeria has struggled to maintain its crude oil production following a spate of militant attacks and technical problems that in May pushed production briefly to 30-year lows.

The country may be through the worst of the disruptions from militant attacks and other incidents that affected almost half its oil production last month, according to Bloomberg.

The volume of crude supplies subject to force majeure is diminishing after reaching almost 900,000 barrels per day last month.

Royal Dutch Shell Plc lifted the force majeure on Bonny Light crude last week and the Forcados grade, which had been offline since February, is expected to follow by the middle of the month.

Global oil benchmark, Brent, fell by three per cent or $1.07 on Tuesday to $47.25 per barrel after both the world’s consumers and producers revised forecasts that signalled the global crude glut persisting for much longer than previously expected.

The International Energy Agency, which advises oil-consuming countries on their energy policies, said a sharp slowdown in oil demand growth, coupled with ballooning inventories and rising supply, meant that the market would be oversupplied at least through the first half of 2017.