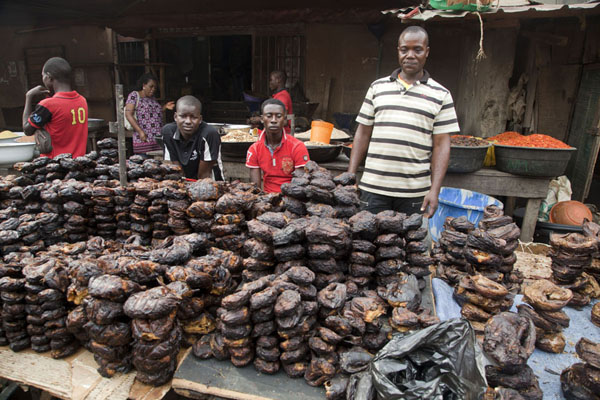 Nigeria’s Gross Domestic Product has contracted by 2.1 per cent in the second quarter of 2016, according to data from the National Bureau of Statistics. However, seven activities in the non-oil sector recorded positive growth.

An earlier data compiled by the Bloomberg had put growth in the sector at -0.36 per cent in Q1 2016.

A 2.1 per cent GDP contraction beat analysts’ forecast by 0.5 per cent. The median of 17 economist estimates compiled by Bloomberg was for 1.6 per cent contraction.

Bloomberg quoted an analyst at the London-based Capital Economics Limited, John Ashbourne, as saying that there was poor performance across almost the entire economy, adding, “Every engine has blown out.”

But there have been a lot of efforts on the part of the government to diversify the economy by leveraging agriculture and other activities. In line with this vision, the Minister of Agriculture and Rural Development, Chief Audu Ogbeh, has been carrying out sweeping reforms meant to enhance crop production across key food chains.

He stated during the launch of his most recent reform-the Agriculture Promotion Policy- that it was a “refreshed strategy” to tackle foreign exchange scarcity, end food importation and boost local food production.

According to him, the programme has placed priority on improving productivity of a number of crops and activities such as rice, wheat, maize, fish (aquaculture), dairy milk, soya beans, poultry, horticulture (fruits and vegetables), and sugar.

He said, “Nigeria believes that the gap can be closed by partnering private investors across farmer groups and companies to develop end-to-end value chain solutions. These chains will receive facilitated government support as they make deep commitments to engaging a new generation of farmers, improving supply of specialised fertilizers and protection chemicals, as well as wider scale use of high-yielding seeds.”

The agriculture programme is also receiving support at the state levels where states like Taraba, Lagos, Ebonyi and so many others have embarked on aggressive programmes targeted at enhancing productivity in crops and activities where each state has comparative advantage. While Taraba and Ebonyi have been consolidating on local rice production advantage, Lagos State has taken advantage of its natural environment to develop aquaculture and other key minerals found in abundance in the state.

The Federal Government is targeting tax revenue from activities in the non-oil sector to finance the 2016 budget amidst declining oil revenue.