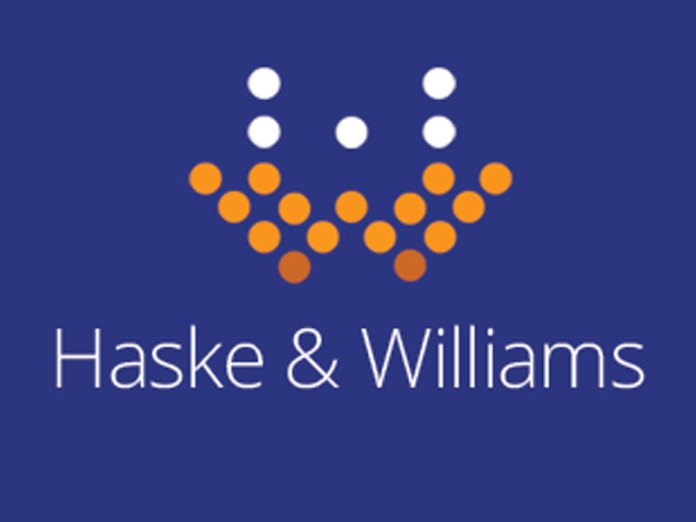 The Executive Director, Providus Bank Limited, Mr. Kingsley Aigbokhaevbo said the bank has set aside the sum of N100 million to support the Zero to Export initiative of the Nigeria Export Promotion Council (NEPC).

The zero to export scheme is one of the flagship programmes of the council, which focuses on creating a new generation of Nigerian exporters through practical and theoretical training of business executives, bankers, civil servant, unemployed graduates and retired citizens with interest in export business.

This is as the Executive Secretary/Chief Executive, NEPC, Mr. Olusegun Awolowo said it would continue to create opportunities for Nigerians to imbibe the culture of exportation through capacity building training programmes.

He also said the first export activity by the new exporters is expected to take place in October, buoyed by the new financing lifeline from the bank.
Both spoke in Abuja at the passing out ceremony of 38 trainees in Batch 3 of Zero to Export capacity building programme.

Providus Bank is one of the newly licensed commercial banks operating in the country.Haske and Williams Limited, a dominant player in the Nigerian agri-business sector has announced its signing of an MoU with FGM Expert Farmer, a global agri-business player based in France.

Commenting on the recent development, Oladipo Williams, Executive Vice President, Haske and Williams Limited said: “The MoU between our organisation and FGM Expert Farmer is a Technical, Operations and Management Support Services Agreement aimed at ensuring that our ongoing and proposed commercial agriculture projects are developed, operated and managed in line with international best practices. Despite several interventions, policies and strategies put in place by the Federal Government of Nigeria to stimulate agricultural production in Nigeria we still find that Nigeria has some of the lowest yield rates per hectare for various agricultural commodities in the world.”

Speaking further, he said: “After a critical review of the current situation in the country’s agricultural space, it became clear that the problem was not the capacity of farmers with respect to agricultural production instead the problem arose from the lack of capacity to practice agriculture on a commercial scale driven by globally accepted procedures and protocols. It was in view of the aforementioned that we at Haske & Williams decided to engage FGM Expert Farmer due to its vast experience in the conceptualisation, planning, development, operation and management of large scale agricultural projects globally. We are keen to contribute towards the development of smallholder agriculture in Nigeria through the development and implementation of sustainable strategies aimed at boosting smallholder farmer productivity such as facilitation of access to quality inputs, mechanisation equipment rental, technical capacity building services, irrigation infrastructure development and management and provision of guaranteed markets.”

Through this MoU, Haske & Wiliams will be introducing a systematic and knowledge based approach to commercial agriculture which analyses critical aspects of the agricultural production value chain and troubleshoots existing conditions to ensure bespoke solutions are developed that optimise the value chain.

As a company, Haske & Williams has aligned its goals and objectives with the agricultural transformation agenda of the new government and believes it is important for the organisation to conceptualise and develop model projects which can serve as evidence to Nigerians and the international community that Nigeria can diversify its economy from oil and gas to other sectors.

The company is keen to become pioneers of the new agricultural revolution ongoing in the country and use this as an opportunity to prove to Nigerians that agriculture is big business, and can become a major contributor to the diversification of the Nigerian economy, creation of employment opportunities and a major source of much needed foreign exchange for the country.

Awolowo added that the scheme had been part of the Council’s efforts to reposition the non-oil sector, re-write the narrative of the Council through job creation and inclusive growth – thereby making it a major contributor to the Gross Domestic Product (GDP).

He said:”There is no doubt that the essence of our gathering today underscores the crucial role that non-oil export sector is expected to play in the present administration’s effort at diversifying the Nigerian economy away from over reliance on oil as its main stay, especially now that the continuous fall in price of oil has thrown the world economy in recession.”

He said the graduants are better prepared to boost the country’s export capabilities, adding that the export business is for seriously commitment people and not a hubby.

He said:”They’ve gone through the rudiment and seen that Export cannot be a hubby but a full time job that requires you to get your company and start to export. We are thrill by these crop of exporters that know the A-Z of export.

“These are the set of exporters that are going to help take Nigerian goods abroad. Today, we have Providious Bank, a new bank that has come in and said the first thing we want to do is export and they’ve set up an export desk and are now going to be working with these crop of graduants that have formed themselves into a cooperative and they are going to be helping them.”

He said: “And they’ve told you that their first export will be done in October and Providus Bank has come to help them to the tune of N100 million. These are the kinds of strategy and partnerships that we are looking for in order to transform the country’s economy.”

The programme is anchored on a Public Private Partnership (PPP) arrangement led by the Consultant Mr. Kola Awe of EPT Logistics International Limited with support from Fidelity Bank Plc.

Head, Corporate Communications (NEPC), Mr. Joe Itah in a statement said the programme has so far trained and graduated over 100 trainees from the Lagos and Abuja centers and most of the trainees have formed registered Cooperatives, and are already exporting.

The Batch 3 graduates have also registered the Integrated Exporters’ Cooperative Society Limited and it’s hoped that the programme would bring about a high value addition to non-oil products and services in the country at a time when the nation needs to revive its manufacturing, agricultural and industrial sectors.