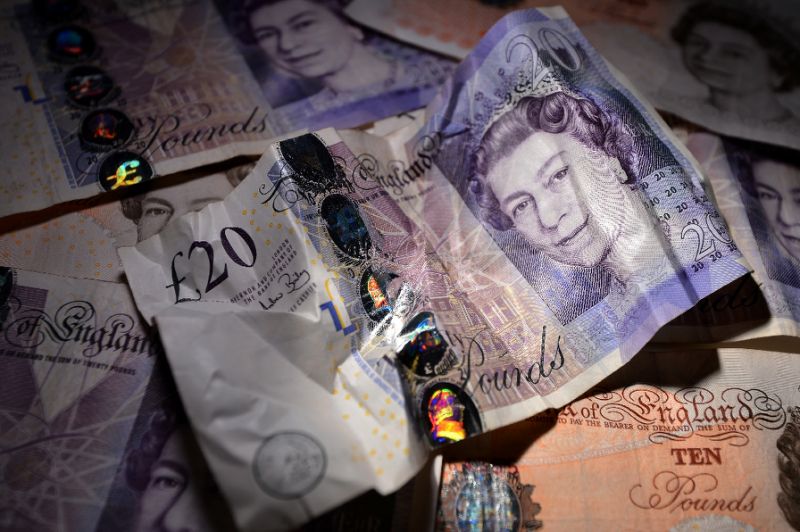 A measure of overnight potential price swings for the pound against the dollar approached the highest closing level since Britain voted to leave the European Union in June as traders braced for the Bank of England’s policy decision Thursday, which most economists forecast will bring the first interest-rate cut in seven years.

Sterling fell versus all but one of its 16 major peers as swaps pricing showed a 100 percent chance of a rate cut. While all except two of 52 analysts in a Bloomberg survey forecast a reduction, there are a suite of other measures, including an expansion of its bond-purchase program, which the BOE may adopt to tackle a Brexit-induced fallout which are more difficult to predict.

Some economists said they would not rule out the possibility that the BOE will keep its powder dry at this meeting, as it did in July, while awaiting a clearer economic picture.

“There is quite a lot of speculation regarding what the BOE might do today, so the short-term volatility is to be expected,” said Mark Dowding, a London-based partner and money manager at BlueBay Asset Management LLP. “We doubt the BOE would be opposed to the idea of the pound falling further as it would support the growth outlook, which is deteriorating markedly. We see the pound falling to $1.20 or lower by the end of the year.”

Overnight implied volatility for the pound versus the dollar, a measure of anticipated price swings based on options, was at 31 percent, data compiled by Bloomberg show. It touched the highest level on record on June 23, the day of Britain’s EU referendum, and spiked again before the BOE’s July meeting, its first since the historic vote.

The pound has been the biggest loser versus the dollar among major currencies since Britain voted to leave the world’s biggest trading bloc. The Bloomberg Pound Index, which measures the currency against its major peers, has fallen almost 11 percent since the referendum.

Recent economic data suggested Britain’s decision to leave the EU is taking its toll on business confidence and that’s further supported by a report Wednesday that confirmed U.K. services shrank last month at the fastest pace in seven years. Swaps pricing showed a 100 percent chance of a rate cut by the BOE Thursday, compared with about 15 percent before the vote.

“I expect a 25 basis-point rate cut and 100 billion pounds” in QE, said Richard Benson, managing director and co-head of portfolio investment at Millennium Global Investments in London. “However, it is very popular to be fading the BOE and buy the pound. I do not think it’s the correct trade. The post-Brexit depreciation of around 10 percent seems too little to me.”