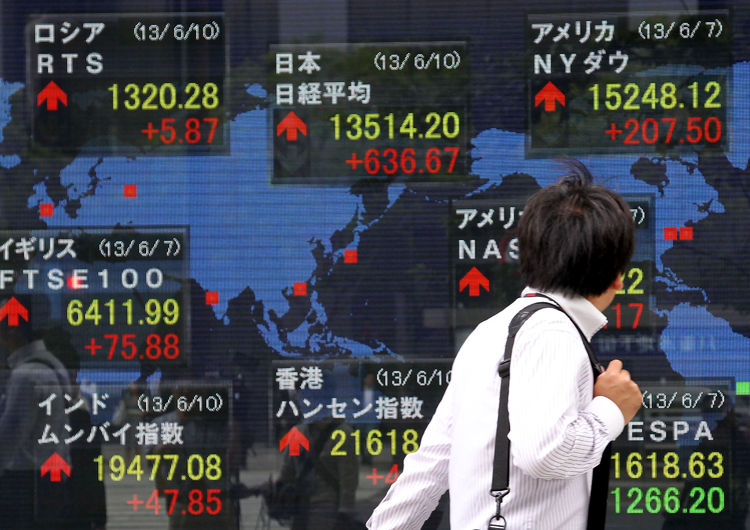 The MSCI Asia Pacific Index dropped 0.9 percent to 135.71 as of 9:04 a.m. in Tokyo. The Topix index slid 1.8 percent after Japan’s currency climbed 1.5 percent against the dollar Tuesday following the government’s announcement of 4.6 trillion yen ($45 billion) in extra spending for the current fiscal year. Risk-averse investors sent U.S. stocks to their biggest decline in four weeks, while European shares also retreated, as oil below $40 a barrel renewed concerns about the state of the global recovery.

“After all the build-up, it’s a disappointment,” Shane Oliver, Sydney-based global investment strategist at AMP Capital Investors Ltd., which manages more than $110 billion, said by phone of Abe’s stimulus package. This will be negative for Asian stocks today, “reflecting the negative response we’ve already seen in the US and Europe overnight.”

Abe’s stimulus package follows the Bank of Japan’s decision to almost double exchange-traded-fund purchases to 6 trillion yen a year while keeping bond-buying and negative interest rates unchanged. Japanese stocks have posted one of the worst declines among developed markets this year as the yen surges and concerns grow that the BOJ’s unprecedented easing and the Abenomics growth program are stuttering.