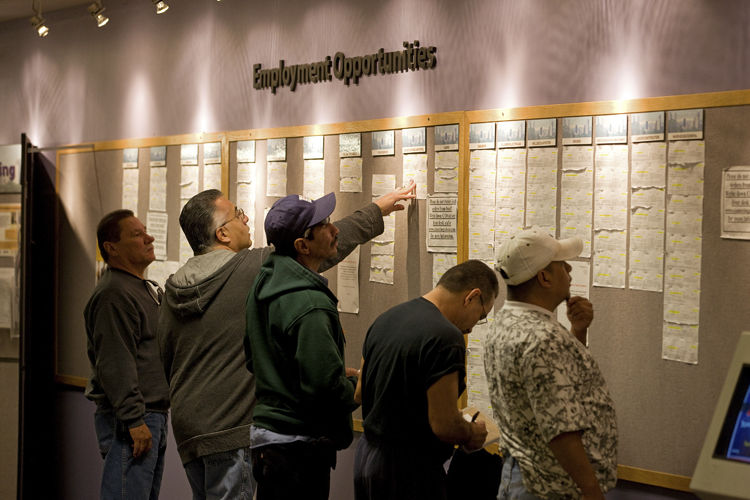 Filings for U.S. unemployment benefits increased to a five-week high, a sign that progress in the strongest part of the economy may be moderating.

Jobless claims rose by 17,000 to 274,000 in the week ended April 30, a Labor Department report showed Thursday. The median forecast in a Bloomberg survey was 260,000. The jump was the largest in more than a year.

Further increases in new applications would probably be needed to mark a shift in sentiment among hiring managers about the economy’s prospects after the weakest quarter for growth in two years. Focus turns to payrolls data due Friday from the Labor Department, and forecasts call for another steady employment gain in April.

“I don’t really see any reason for initial claims to change the tone very much in the near term, but if there was a risk, we may some signs of edging higher,” David Sloan, senior economist at 4cast Inc. in New York, said before the report. “The employment growth does look a little too strong to be sustained indefinitely.”

While there was nothing unusual in the data, claims last week were estimated for Washington, D.C., according to the Labor Department.

The four-week average of jobless claims, a less-volatile measure than the weekly figure, rose to 258,000 from 256,000 in the prior week. Filings have been below 300,000 for 61 weeks — the longest stretch since 1973 and a level economists say is consistent with a healthy labor market.

The number of people continuing to receive jobless benefits fell by 8,000 to 2.12 million in the week ended April 23, the lowest level since November 2000. The unemployment rate among people eligible for benefits dropped to 1.5 percent from 1.6 percent. These data are reported with a one-week lag.

The Labor Department’s monthly employment report is projected to show employment remained sturdy in April. Economists project about 200,000 jobs were added last month after a 215,000 increase in March.

Federal Reserve officials meeting last week noted that “a range of recent indicators, including strong job gains, points to additional strengthening of the labor market,” even as they passed on raising the benchmark interest rate from its range of