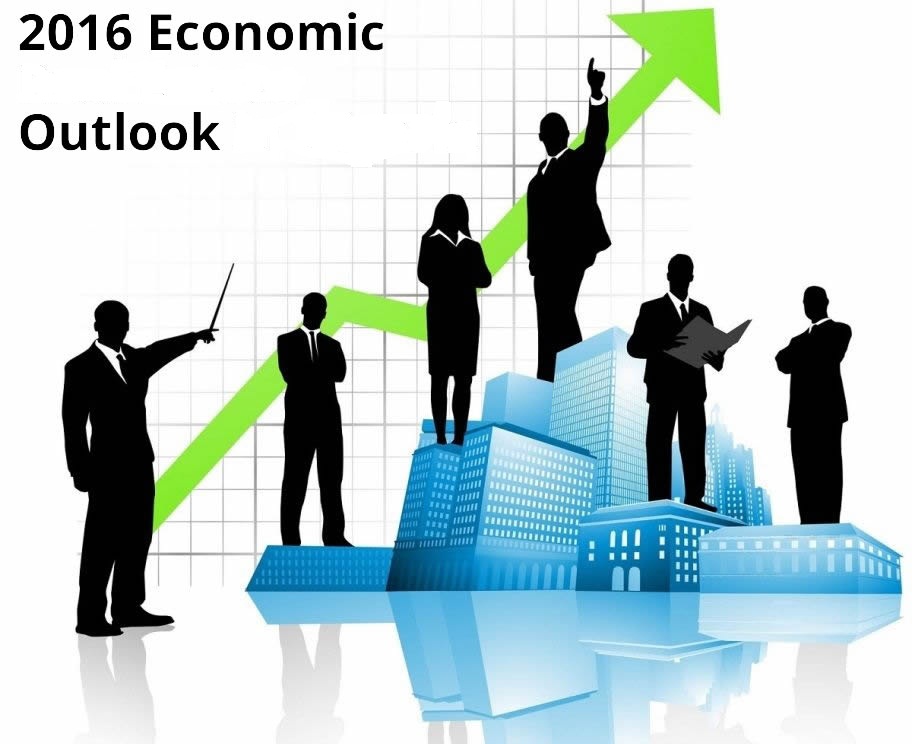 Amidst several projections of challenging economy in the year 2016 by many economists and the International Monetary Fund, IMF, the National Bureau of Statistics, NBS, has outlined its own position on all key economic indicators, not just for 2016 but also in the next four years to 2019.

In a report released last weekend NBS said “growth in 2016 is expected to be tepid at best”. Economic tepidity is one characterised by dull activities in key market segments and performance areas. NBS’ prediction was based on the happenings in the economy recently especially in 2015 marked by huge negative impact of its dependency on oil revenue amidst price shocks.

It noted “years prior to 2015, the Nigerian economy was largely supported by the non-oil sector as supply disruptions hampered oil output. In 2015 however, various factors including political uncertainty prior to and six months after the elections, and intermittent supply shocks of refined petroleum products, and others weighted on both oil and non-oil output. The entire economy took a hit”.

Consequently GDP which is the key indicator of economic health of a country was on the downside, declining in the first and second quarter with marginal recovery in the third quarter 2015.

However, NBS stated that “in 2016, the economy is expected to grow by 3.78 per cent, as output in the oil and non-oil sectors are expected to perform marginally better relative to 2015”. According to the Bureau, Federal Government’s main economic research agency, “the declines in prices of crude oil and related refined products give the Nigerian government the opportunity for some potential savings as subsidies payments on PMS and other refined products may be diverted into more productive aspects of the economy”.

It noted that “the government has taken a step further to repeal subsidies on kerosene products. As it stands there are no subsidies on PMS and this should bode well for government coffers going forward. “In the near term, support to the non-oil sector is expected to come through initiatives by the Central Bank of Nigeria, CBN, and the Government at Federal and State levels.

“One of such initiatives is the N300 billion Naira export stimulation fund by the CBN. Increased efforts by State governments to boost internally-generated revenue, when combined with more prudent and targeted infrastructure spending, is likely to lead to better output performance”.

Going forward NBS said the 2017 to 2019 period is expected to reap the benefits of the extra N1.6 trillion into capital expenditures in the 2016 budget, adding that in particular, plans by the government authorities to increase power supply by developing critical infrastructure to transport gas to the power plants in order to add 2,000 mega watts to the country’s stock of power within the next 12 to 15 months will have multiplier effects on both the manufacturing and services sectors.

NBS stated “other measures expected to spur growth include fiscal measures such as the implementation of the Treasury Single Account, TSA, improvements in tax collection efforts and the creation of an Efficiency Unit in the Federal Ministry of Finance to ensure that scarce resources are adequately deployed. With hopes on the salutary effects of these measures NBS said over the 2017 to 2019 period, growth is expected to average 5.42 per cent.

Another key economic variable examined and projected by NBS is the inflation rate. In this report NBS has projected that inflation may rise to 10.16 by end of 2016.

But it also indicated a gradual decline such that over the 2017 to 2019 period, inflation is expected to average 9.01 per cent. NBS’s outlook for the previous year predicted that curbing inflation would be harder to achieve as a result of the devaluation of the Naira, which occurred in November 2014. Indeed the first half of the year recorded more macroeconomic volatility as the headline rate, year-on-year, recorded a wider range relative to the second half of the year.

The Bureau noted, ‘’while administrative measures will help provide some cover, the downside risk of such measures is that by making imported goods more difficult to obtain, they increase the price of such goods, leading to higher inflation. “We expect that the Central Bank’s adjustment of the foreign exchange management framework will be steady in the year and will thus mean a gradual easing in prices beyond 2016”.

2015 saw a decline in both the values of imports and exports. Exports were weighed upon by the decline in the price of crude, while overall sluggish growth as well as foreign exchange restrictions weighted on the value of imports. NBS stated that “going forward the relative lower price of the Naira is expected to result in cheaper prices of non-oil exports, and again curb increases in imports. “Nevertheless, Value of Total Trade is forecast to increase on the margin, increasing by 2.41 per cent as Imports increase by 2.88 per cent and exports increase by 2.16 per cent.

“Beyond 2016, a stabilization in oil prices while not expected to reach 2014 levels in the medium term in combination with a more competitive economy is expected to yield a rebound in both imports and exports.