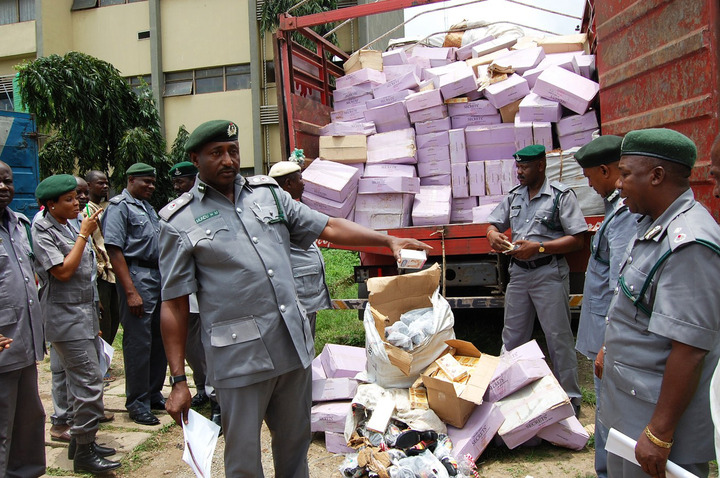 The Nigeria Customs Service Sokoto/Kebbi/Zamfara Command, has recorded significant growth in revenue generation to the tune of N1, 238,308,516  in 2015.

Speaking with newsmen in Sokoto Wednesday, the Acting Area Controller Mohammed Abdulrahman Nmayawo, said this represents a significant milestone in the history of the Command and a surplus of 66,375,953 above the headquarters’ annual target of N 1,171,932,564.

He noted that the Command restructured its operational strategies with a view to optimally achieve the core statutory mandates of revenue collection, anti-smuggling activities and trade facilitation among other collaborative functions.

According to him, the recent fiscal policy review that unbanned the importation of rice through the land borders, had contributed immensely to the growth of revenue profile in the Sokoto/Kebbi/Zamfara Command.

He further said improved logistics provided by the headquarters had added to the success recorded by the Command.

Nmayawo emphasised that unpatriotic Nigerians that are into smuggling through unapproved border routes within the Area Command were having tough time because of the resilience and firm determination of officers and men in fighting smuggling to a standstill.

“So far in this year we have recorded about 170 different seizures of used vehicles, second hand clothes, narcotics, drugs, foreign rice, mosquito coil and other sundry goods. The duty paid value of the seized items stood at about N100 million.

“Eight suspects were arrested in connection to the seizures and are being investigated for onward prosecution in the court of law,”he said.

The controller called on legitimate importers/exporters to come forward and partner with the Customs with a view to facilitating their trading activities within the Command.