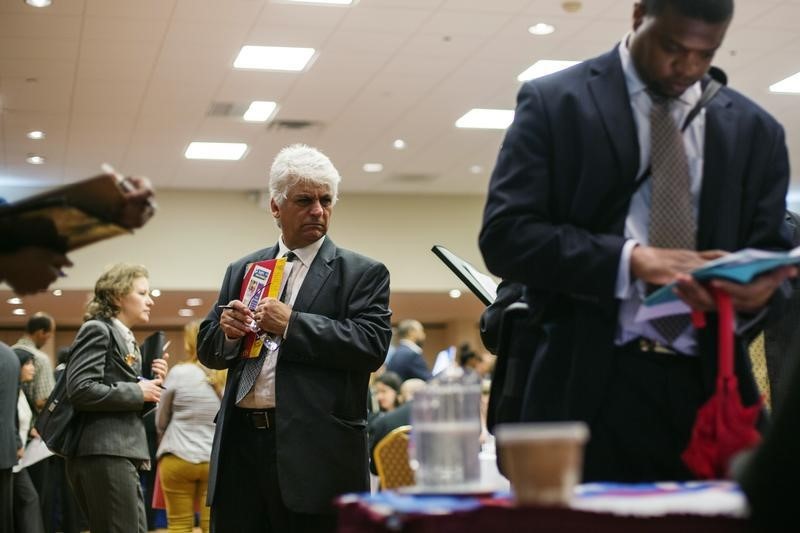 Filings for unemployment benefits in the U.S. decreased to a four-week low, indicating a still-solid labor market approaching the new year.

“There is no evidence that the pace of layoffs has budged, and more broadly, labor market conditions remain robust,” Stephen Stanley, chief economist at Amherst Pierpont Securities LLC in Stamford, Connecticut, said in a research note.

No states were estimated last week and there was nothing unusual in the data, according to the Labor Department.

The four-week average of claims, a less-volatile measure than the weekly figure, increased to 272,500 from 270,750 in the prior week.

The number of people continuing to receive jobless benefits declined by 47,000 in the week ended Dec. 12, the most since mid-September, to 2.2 million. The unemployment rate among people eligible for benefits dropped to 1.6 percent from 1.7 percent. These data are reported with a one-week lag.

Since the beginning of March, claims have held below the 300,000 level that economists say is consistent with strength in the labor market.

While economies overseas are struggling to improve, domestic demand has been resilient and encouraged more companies to put out help-wanted signs. Payroll gains are showing solid momentum after the 260,000 average last year that was the best since 1999.

Through November, this year’s monthly gains averaged 210,000, with December data due Jan. 8.

The labor-market progress was among factors convincing Fed officials to announce on Dec. 16 the first increase in the benchmark interest rate since 2006. The central bankers unanimously voted for a quarter-point rise, with their forecasts signaling rate increases will amount to 1 percentage point in 2016.