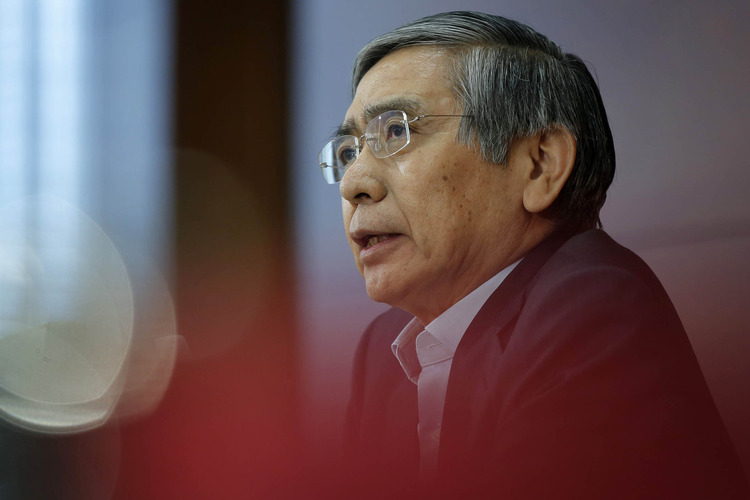 Friday’s decision to continue expanding the monetary base at an annual pace of 80 trillion yen ($650 billion) was forecast by all but one of 42 economists surveyed by Bloomberg. With analysts almost evenly split on whether the central bank will add to its asset-purchase program next year or stand pat, attention turns to Governor Haruhiko Kuroda’s briefing later this afternoon in Tokyo.

The aim of the changes for JGB maturities, ETF purchases and Japanese real estate investment trusts will be in focus, along with his views on the Federal Reserve’s interest-rate hike, the oil market rout and recent economic indicators. Kuroda said earlier this month that price trends were improving, while repeating he wouldn’t hesitate to adjust monetary policy if needed.

“The BOJ extended the duration of JGBs to show they are not going to taper their stimulus for now,” said Junko Nishioka, chief economist for Japan at Sumitomo Mitsui Banking Corp. in Tokyo. “Now that they adjusted their policy in December, they will wait and see how things will develop.” Nishioka added that she no longer forecasts further easing in January.

The Topic index of stocks jumped as much as 2 percent after the BOJ’s announcement, before falling to trade down 0.6 percent at 1:27 p.m. in Tokyo. The yen fell to 123.56 against the dollar, before recovering to trade 0.4 percent stronger.

The bank extended the average maturities of Japanese government bonds it buys to seven to 12 years from seven to 10 years currently. This change was opposed by three board members, Takahide Kiuchi, Koji Ishida and Takehiro Sato.

In addition to the annual purchase of 3 trillion yen worth of exchange-traded funds, the bank established a new program to buy 300 billion yen in ETFs. The new program will target companies investing “proactively in physical and human capital” and start from April 2016 with ETFs tracking the JPX-Nikkei Index 400.

These changes passed by a 6-3 vote, opposed by Sato, Ishida and Kiuchi, the only board member to also vote against the main monetary base target.

The bank will increase the maximum amount of real-estate investment trusts it can buy to 10 percent of each issue, from five percent currently.

Data since the last policy meeting in November show that Japan avoided a midyear recession, and people familiar with discussions at the central bank told Bloomberg the economy has been gradually gathering momentum in line with the BOJ’s expectations.

Still, the renewed slide in crude oil and the risk that it could suppress prices in the long term means that BOJ officials are closely watching gauges of inflation expectations, the people said.

The Dubai measure for crude oil is trading around $32 per barrel, compared with the low end of BOJ assumptions for its latest price forecasts of $50 per barrel.

Economy Minister Akira Amari has indicated there is no need for the BOJ to rush to achieve its 2 percent inflation target given the current impact of energy costs, even with the BOJ’s preferred price gauge falling since August.

The Federal Reserve’s first increase in interest rates since 2006 this week underscores the difference in policy between the two central banks, and the renewed pressure this may bring to bear on the yen to weaken against the dollar.

The Japanese currency has lost about 30 percent of its value against the dollar since Prime Minister Shinzo Abe took office in 2012 with a plan to reflate the economy.

Even so, exports haven’t responded. While the value of shipments overseas has jumped 20 percent since November 2012 to last month, volumes are only 1.1 percent higher.

Both Abe and Kuroda have urged companies to invest more, but there has been little sign of them using their cash reserves, which reached another record last quarter.

The bank disclosed this in its audited financial statement obtained by Investors King.

However, interest income dipped by 4.1% from ₦384.8 billion in 2020 to ₦369 billion in 2021, largely due to the moderated interest rate environment that negatively dragged on yields.

Therefore, to mitigate the effect of the low-interest rate, FBN Holdings intensified deposit mobilisation and funding strategy that help enhance loan growth at optimised rates, leading to a 5.7% increase in interest expense to ₦140.8 billion from ₦133.2 billion in 2020. As a result, net interest income declined by 9.3% to ₦228.2 billion.

Conversely, non-interest revenue grew by 96.1% to ₦364.6 billion from ₦185.9 billion in 2020 on the back of increased fees and commission income, treasury activities and other operating income.

Commenting on the results, Dr. Adesola Adeduntan, Chief Executive Officer of FirstBank Group said: “Following years of strategic restructuring of the Bank’s balance sheet and operations, the Commercial Banking business is beginning to transition into a sustained growth phase delivering performance commensurate to the size of our business and capabilities of our people. Profit before tax is up 77.9%, gross earnings 30.3%, total assets 15.9% and customer deposits up 19.5%.

“This performance was driven by a relentless focus on the needs of customers and improving the competitiveness of our offerings. We have sharpened our ‘Go To Market’ approach to better leverage the opportunities which our large scale provides in addition to becoming more relevant to our clients by improving our value propositions.

“This performance is also in line with the Bank’s Quantum Profitability Leap agenda which seeks to ensure that we fully maximise the revenue generating capacity of our business to boost the bottom line and fulfil the expectations of all stakeholders in the business.

“The demonstrated resilience of our franchise to headwinds and excellent risk management capabilities place us in a good position to weather any macro-economic shocks which may arise due to the volatile nature of current operating environment. Our Non-performing loans ratio at the end of the year was 6.1% which represents significant progress towards those of other Tier 1 banks and the regulatory threshold of 5.0%.

“We will continue to leverage our investments in digital platforms, IT infrastructure, people, and pan-African operations to ensure this growth trend is sustained”. 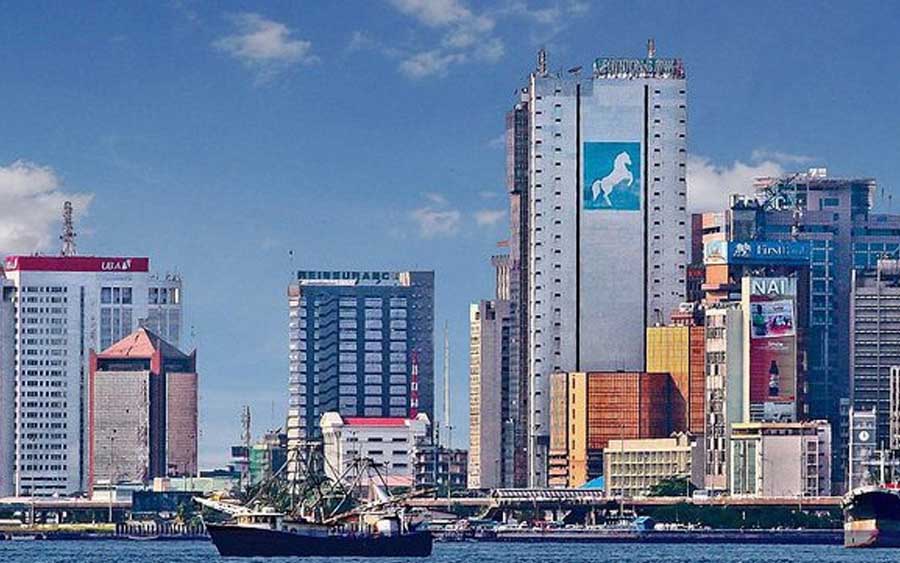 Jubilation erupts as the bank representatives received a judgment in their favour as the National Industrial Court ordered the Central Bank of Nigeria (CBN) and the Nigeria Deposit Insurance Corporation (NDIC) to pay over N5.7bn terminal benefits to over 1,000 bank workers affected by the re-capitalisation exercise of 2006.

The court ordered the CBN and NDIC to pay the money within three months, starting from the day the judgment was issued, and will start attracting 10 percent interest thereafter.

While delivering the judgment on Monday, Justice Paul Bassi ordered the two bodies to pay another N10m as general damages to the claimants.

Justice Bassi overlooked the earlier objections raised by the defendants and while the two parties, CBN and NDIC have acted in the general good by raising the capital base of banks in the country, and should not be affected to the detriment of the former employees, Investors King observed.

According to a media report, “By revoking the banking licenses of the non-consolidated banks, the defendants interfered with the employment contracts of the bank workers, a contract which would ordinarily have run its natural course with the claimants paid their benefits at the end.

The banking institutions have been in the tussle with one another since the consolidation exercise of 2006 that led banks to recapitalise from N2bn to N25bn.

The banks did not meet the expected requirement for the recapitalisation requirements and their banking licenses were revoked by the apex which later placed the NDIC as the liquidator. This led the bank workers to sue the two organisations while they demanded their terminal benefits.

The two defendants objected to different issues saying that they “were not the employers of the workers and the suit disclosed no cause of action against them.”

Over one thousand people had approached the court since 2018.

The Central Bank of Nigeria (CBN) has revealed that loans obtained by Information and Communication Technology (ICT) firms have risen to a sum of N982.87bn in March, as against January’s N952.06bn, an increase of N30.81 billion.

Investors King gathered that prior to this, the CBN had established a legal framework for Open Banking in Nigeria in an effort to stimulate innovation and widen the range of financial products and services available to banks’ customers.

Recall that in January, the CBN Governor, Godwin Emefiele had stated that “the policy focus of the bank for 2022 is with a pledge to sustain improved access to finance and credit for households and businesses, mobilise investment to boost domestic productivity, enable faster growth of non-oil exports, and support employment generating activities”.

He claimed that the country was able to alleviate some of the COVID-19 outbreak’s economic consequences.

He further stressed the necessity of all stakeholders cooperating to build a more resilient economy that can survive external shocks while still supporting growth and wealth creation in key areas.