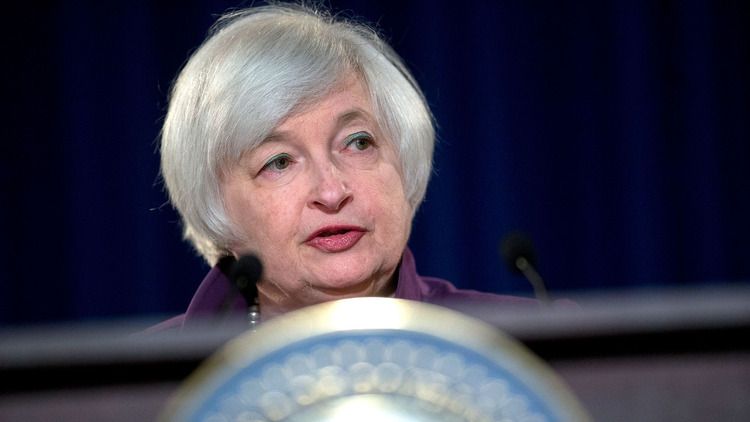 Information received since the Federal Open Market Committee met in October suggests that economic activity has been expanding at a moderate pace. Household spending and business fixed investment have been increasing at solid rates in recent months, and the housing sector has improved further; however, net exports have been soft. A range of recent labor market indicators, including ongoing job gains and declining unemployment, shows further improvement and confirms that underutilization of labor resources has diminished appreciably since early this year.

Inflation has continued to run below the Committee’s 2 percent longer-run objective, partly reflecting declines in energy prices and in prices of non-energy imports.

Market-based measures of inflation compensation remain low; some survey-based measures of longer-term inflation expectations have edged down. Consistent with its statutory mandate, the Committee seeks to foster maximum employment and price stability.

The Committee currently expects that, with gradual adjustments in the stance of monetary policy, economic activity will continue to expand at a moderate pace and labor market indicators will continue to strengthen.

The Federal Reserve has made the following decisions to implement the monetary policy stance announced by the Federal Open Market Committee in its statement on December 16, 2015:

• The Board of Governors of the Federal Reserve System voted unanimously to raise the interest rate paid on required and excess reserve balances to 0.50 percent, effective December 17, 2015.

• As part of its policy decision, the Federal Open Market Committee voted to authorize and direct the Open Market Desk at the Federal Reserve Bank of New York, until instructed otherwise, to execute transactions in the System Open Market Account in accordance with the following domestic policy directive:

More information regarding open market operations may be found on the Federal Reserve Bank of New York’s website.

• In a related action, the Board of Governors of the Federal Reserve System voted unanimously to approve a 1/4 percentage point increase in the discount rate (the primary credit rate) to 1.00 percent, effective December 17, 2015. In taking this action, the Board approved requests submitted by the Boards of Directors of the Federal Reserve Banks of Boston, Philadelphia, Cleveland, Richmond, Atlanta, Chicago, St. Louis, Kansas City, Dallas, and San Francisco.