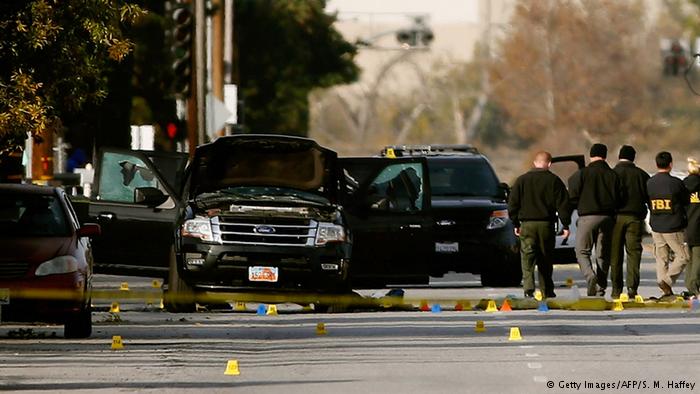 WASHINGTON/ISLAMABAD One of two people accused of killing 14 in California apparently pledged allegiance to a leader of Islamic State militant group, two U.S. government sources said on Friday, as intelligence officials in her native Pakistan pressed the investigation overseas.

Tashfeen Malik, 27, and her husband, Syed Rizwan Farook, 28, were killed in a shootout with police hours after the Wednesday massacre at the Inland Regional Center social services agency in San Bernardino, about 60 miles (100 km) east of Los Angeles. The attack was the deadliest mass shooting the United States has experienced in three years.

U.S. investigators are evaluating evidence that Malik, a Pakistani native who had been living in Saudi Arabia when she married Farook, had pledged allegiance to Islamic State leader Abu Bakr al-Baghdadi, two U.S. officials told Reuters. They said the finding, if confirmed, could be a “game changer” in the investigation.

Pakistani intelligence officials have contacted Malik’s family in her homeland as part of the investigation, a family member said.

“I only found out about this tragedy today when some intelligence officials contacted me to ask me about my links with Tashfeen,” Malik’s uncle, Javed Rabbani, said in an interview. “I had heard in the news that this tragedy had taken place but I could never even imagine that it would be someone from my family. Of course, we are in shock.”

He said his brother, Malik’s father, had become considerably more conservative since moving with his family to Saudi Arabia a quarter century ago.

Tashfeen Malik had moved back to Pakistan five or six years ago to study pharmacy, Pakistani officials said.

Before going on their rampage on Wednesday, Malik and Farook had destroyed computer hard drives and other electronics, a U.S. government source said.

Investigators are looking into a report that Farook had engaged in an argument with a co-worker who denounced the “inherent dangers of Islam,” a U.S. government source said.

CNN reported on Friday that one U.S. official said Malik had pledged allegiance to al-Baghdadi in a posting on Facebook made on Wednesday, the day of the attack, under an account that used a different name. The attack appeared to be inspired by, but not necessarily directed by Islamic State, CNN reported, citing unnamed sources.