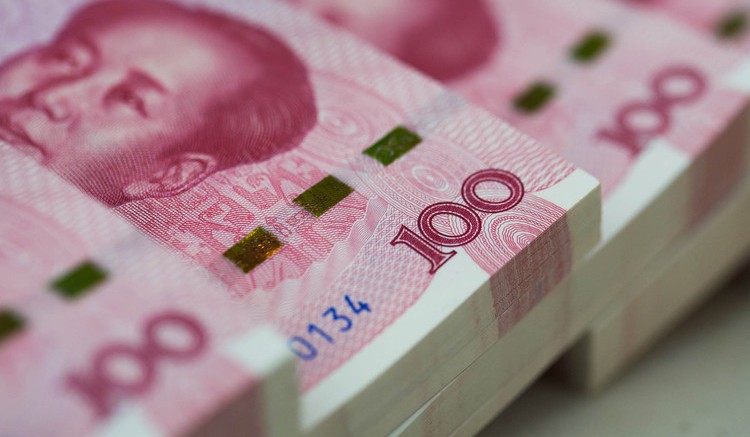 The yuan dropped to its lowest level in more than eight years as the central bank weakened the reference rate.

The currency fell 0.09 percent to 6.8940 per dollar at 10:14 a.m. local time. A Bloomberg gauge of the greenback’s strength jumped the most since 2008 in the past two weeks amid speculation President-elect’s Donald Trump’s reflationary economic policies will trigger faster monetary tightening.

Betting against the yuan with 12-month non-deliverable forwards is one of Goldman Sachs Group Inc.’s favorite trades in 2017, the bank’s strategists wrote in a note last week. The Chinese currency will weaken to 7 against the greenback — a level unseen since before the global financial crisis — in the first half of next year, according to 14 of 16 analysts and traders surveyed by Bloomberg.

“The depreciation pressures on the yuan will persist and extend into 2017, as we believe an orderly yuan depreciation versus the dollar is in Chinese regulators’ interest,” said Gao Qi, a Singapore-based foreign-exchange strategist at Scotiabank.

The People’s Bank of China cut its daily fixing by 0.27 percent to 6.8985 Monday. The CFETS RMB Index, which tracks the yuan against 13 exchange rates, rose to the highest in a month.

“By the end of this year, we expect 94 to be a soft support level for the CFETS RMB Index as policy makers seek to avoid fueling market fears for competitive currency devaluations,” Qi said.

China’s Industrial Output Unchanged In May 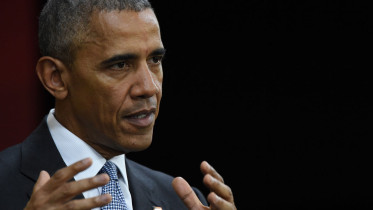 President Obama delivered his farewell address in Chicago on Tuesday. The following is the complete transcript, as provided by the Federal News Service. My fellow…