Yaba, a city in Lagos Nigeria, is the fastest rising technology city in Africa.

Home to the famous Yaba College of Technology and the University of Lagos, the city with fading century-old buildings has everything a technology startup needs to grow.

“Lagos, like other major cities such as Nairobi and Accra, is at the height of this exciting expansion in innovation across tech, with Yaba quickly finding itself at the center,” said Chimdindu Aneke, program manager of platform partnerships for sub-Saharan Africa at Facebook, which last year launched a hub space in the neighborhood.

The city grew from fewer than 10 startups in 2013 to more than 60 as at today, Yaba is presently home to some of Africa’s biggest startups and brands. It hosts Hotels.ng, digital labs for Nigeria’s oldest bank, First Bank of Nigeria Ltd., and Stanbic IBTC, the local subsidiary of Africa’s largest lender.

Yaba’s path into the spotlight started when a group of youths convinced authorities to waive taxes for MainOne, a company that agreed to lay Yaba’s internet infrastructure.

“That was how Yaba was conceived: to demonstrate the power of people being connected and the socio-economic impact that would have,” said MainOne’s regional executive for West Africa, Kazeem Oladepo.

In April 2018, Lagos employed the service of global consultancy company Accenture to better capitalized on growing technology adoption and encourage local startups to key into its growth agenda.

In July, Vice President Yemi Osinbajo led a group of local start-ups to Silicon Valley as the state announced it was launching a project to develop the Yaba cluster. By August, the government had purchased 30,000 square meters of land around Yaba area to further expand the area it hopes will create more than 250,000 jobs.

“In the past, Nigeria’s billionaires were traders, and oil and gas moguls,” Osinbajo, who heads a technology council, said in a September speech. “But in the next few years, billionaires from Nigeria will be techies.”

Ido Sum, who has been investing in Africa for the past eight years and own an office in Yaba, said Yaba is the “go-to place for tech in Africa.”

“If you are hungry for Africa investment, it is becoming clear that Lagos is one of the first places to go.”

Sum, a partner in TLCOM Capital LLP, a venture capital fund which has three of its five investments in Nigeria, also invested in Kobo360.

Konga on Path to profitability With 800% Increase in Turnover

A Comprehensive Breakdown of Tekedia; Opportunities and Limitations

Be the first to comment on "Yaba: Nigeria’s Technology City in Lagos" 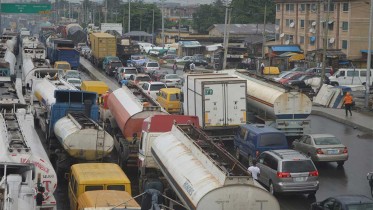 Apapa Gridlock: Transport Operators, Others Lament Rising Cost of Business The current gridlock resulting from the congestion at the nation’s premier seaports, Tin Can Island and…