The Senate has instructed its committee on Bank, Insurance and other financial related matters to investigate allegations of non-remittance of withholding taxes collected by financial institutions to the state governments.

The Senate has also mandated its panel to recover all withholding tax revenues on both dividends and bank deposits within four weeks and report back to the red chamber.

This was after Senator Uche Ekwunife moved a motion on the ‘digitisation/automation of collection and remittance of withholding tax on bank deposits and dividends payments for enhanced state governments’ internally generated revenue.’

According to the Senator, the Central Security and Clearing System and the banks in the country do not remit withholding tax collected on bank deposits and dividends to the state as at when due.

Ekwunife noted that most of the state governors have been unable to pay salaries and meet other financial obligations as a result of banks’ nonchalant attitude towards their duty.

She added that billions of naira were being held by Nigerian banks in the form of under remittance or non-remittance of withholding tax revenues.

She, therefore, stated that it had become important to ensure that banks remit withholding tax revenues as at when due giving the unstable nature of the federation account which had left most state governments struggling with payments and weak revenue.

Be the first to comment on "Withholding Taxes: Senate to Investigate Banks for Nonremittance" 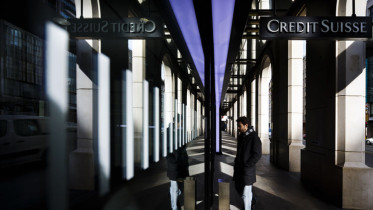