The World Bank on Tuesday announced the provision of a $350m loan (N107.4bn at the official exchange rate of N307 to a dollar) for the development of rural electrification projects in Nigeria.

It also announced Nigeria’s Rural Electrification Agency as the implementing organisation of the Federal Government that would be in charge of the loan.

The global financial institution disclosed this at a press conference that was held during the ongoing ‘Action Learning Event on Upscaling Mini Grids for Low-cost and Timely Access to Electricity’ in Abuja.

The Country Director for Nigeria, World Bank, Rachid Benmessaoud, said the $350m loan was given to the government, but noted that a lot of the fund would go to the private sector.

Responding to enquiries about the loan, Benmessaoud, who was represented by the World Bank Global Lead, Energy Access, Mr. Mac Cosgrove-Davies, stated, “With regards to the question on the loan, yes indeed, this is a loan to the government.

Earlier in his speech during the opening session of the conference proper, Cosgrove-Davies noted that globally, more than one billion people lacked access to electricity.

“Sub-Saharan Africa is home to about 600 million of these. In Nigeria, 80 million people are without access and millions more suffer from poor service. The REA expects mini grids to fill a substantial portion of that gap, covering up to 8,000 villages nationwide,” he said.

Explaining how the $350m loan will be managed, the Managing Director, REA, Mrs. Damilola Ogunbiyi, said $100m out of the total sum would be dedicated to mini grid development.

She stated that 10,000 mini grids were being targeted by the agency, adding that when completed, the grids would generate about 3,000 megawatts of off-grid electricity.

Ogunbiyi stated, “The total loan amount for the electrification programme is $350m, of which $100m of that is going to be dedicated to mini grid development. As for the total quantum of electricity being targeted with the 10,000 mini grids, we are trying to achieve 3,000MW.

“Some sites could be 150 kilowatts, some others 20KW, but 10,000 (mini grids) is just a guide because people always need figures when we need to drive something home. So it could be less than that, but if we can achieve 3,000MW on off-grid, which will be close to the power generated on-grid, we will be very happy.”

She noted that the rural electrification programme was open to other investors, adding that the World Bank was basically “a very key catalyst to allow us do this project on a big scale. Anybody who wants to invest can come and invest in the market, it is not just for the World Bank.”

Be the first to comment on "W’Bank Gives Nigeria N107.4bn Loan for Rural Electrification" 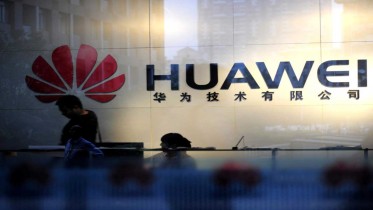 Huawei to Send 10 Nigerians to China for ICT Empowerment