Oil price rose above $79 a barrel on Wednesday after a report of declines in U.S. crude inventories and US sanctions against Iran raised expectations of limited global supply in the near term.

Brent crude oil, against which Nigeria’s crude oil is measured, climbed 0.6 percent to $79.64 a barrel as at 2:0 am Nigerian time. Brent crude has now gained for four straight days, rising 2.2 percent in the last two days.

U.S. West Texas Intermediate rose 0.9 percent to $69.84 per barrel on Wednesday to bring its total gains from previous trading session to 2.5 percent.

Earlier this year, the US pulled out of the agreement signed by six world powers and Iran in an effort to limit Iran’s reach and possible diplomatic role in its region. The Donald Trump-led administration has threatened to sanction and compel his allies to stop any business transactions with the embattled nation.

While some members of the six nations have met with President Trump to discuss how to better handle the situation, President Trump has turned them all down and insisted on a completely new agreement if Iran must avoid sanctions and eventual economic collapse.

The possibility of limited global supplies if the US sanctioned Iran in November propped up global crude oil prices, especially now that oil-producing nations like Venezuela, Libya are unlikely to up their production level due to series of political and economic issues.

Again, the report that the US Crude inventories likely fell by 8.6 million barrels in the week ended September 7 to 395.9 million barrels, by the American Petroleum Institute (API), also contributed to the jump in price.

The official figure will be published later on Wednesday by the U.S. Energy Information Administration (EIA). 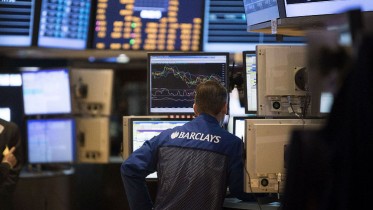 EFCC Charges Stockbrokers With Conversion of Dead Man’s Shares A stockbrokerage firm, CSL Stockbrokers, and three others, have been charged before the Federal High Court…