Driven by technology innovation and the need to extend its benefits to Nigerians, especially in the area of financial inclusion, the Central Bank of Nigeria (CBN) introduced the cashless policy some years back.

Since the introduction of the cashless policy, the central bank has been able to reduce the volume and cost of producing cash, a situation that has enhanced financial inclusion.

In the same vein, the Computer Professionals Registration Council of Nigeria (CPN), the umbrella body of computer professionals in the country, has initiated a paperless assembly for its annual Information Technology (IT) Assembly.

For the first time ever, CPN introduced paperless communication in its 2018 IT Assembly, which held in Abuja recently. According to the group, the initiative was borne out of its zeal to align its operations with technology innovation that will benefit all members of the computer profession.

For the first time in the 22 years history of the annual IT Assembly ‘Paperless Communication’ was used. Brochures and programmes of events were not printed. Instead, participants got computer tablets already pre-loaded with the programmes of events and other necessary information. The introduction of tablets added colour and glamour to the event.

During the event, registered members who were given computer tablets, were seen communicating with them and sending information relating to the conference and the computer profession, across boards.

Just as the CBN is saving huge money from the reduction in the printing of cash, following the introduction of cashless initiative, CPN said it was able to save cost of paper printing since every information about the conference, including paper presentation was passed electronically.

“It costs us so much to pay for printing jobs for every annual conference and most times the printed materials are delayed. But with the electronic copies, we were able to pre-load them into the tablets and made them available at the point of registration during the conference,” the conference organisers said.

The highpoint of this event was the setting aside of March 31st every year, as the National IT Day in Nigeria. It is set aside for the recognition of the role of IT in the country.

The assembly is a yearly gathering of IT professionals and practitioners in Nigeria and the Diaspora with the objective of discussing and strategising on emerging issues in IT and generating recommendations and decisions that impact positively on the industry and the nation.

As it was with past editions of the programme, this year’s was preceded with the induction of 290 members into the profession.

He said as agency of government established to control and regulate the practice of IT profession in Nigeria, the role of CPN in the scheme of developmental goals of government could not be over-emphasised.

In addition, he noted that IT remains a critical sector and the flagship of other professions, and one that is viewed seriously in the course of the nation’s drive for sustainable national developments. According to Mustapha, the establishment of CPN, was government’s way of demonstrating its commitment to the development and deployment of IT in Nigeria.

He expressed confidence that the Council would keep aligning itself to the federal government’s developmental goals, especially in science, technology and innovations.

Also speaking on issues confronting the country, which could be addressed through technology innovation, the Minister of Education, Mallam Adamu Adamu, who was represented by the Director, ICT, Federal Ministry of Education, Mr. I. K. Oji, said the federal government recognised the critical role of IT in its developmental agenda, and has therefore made technology a priority.

The minister decried the poor state of IT in the country, and called on the council to work with government towards the attainment of the national goals and the Sustainable Development Goals (SDGs). He urged the participants to discuss how the nation Nigeria can facilitate technology–enabled learning as a way of preparing the youths for the future workplace.

Adamu assured the group of government’s continued support to promote the CPN’s course for national development.

The President/Chairman of CPN, Prof. Charles Uwadia, said the 2018 edition of the assembly was the first since his election, adding that it coincided with the 25th anniversary of the establishment of the council.

He said the choice of the theme for this year’s assembly involved an assessment of the progress that IT practice had made in the past 25 years in the country in its drive to bridge the digital divide as well as to enhance the deployment of IT.

The Registrar, CPN, Mr. Allwell Achumba in his 2018 AGM annual report said the council was being repositioned for increased relevance, visibility, profitability and sustainability.

“We live in a world driven and powered by intellect and technology, a world where we see nations rise and fall as a result of its embrace or neglect of IT.

“It is for the good of the profession, the nation as well as the professionals and practitioners, who will be reaping the dividends of their sacrifice. IT profession has lots of prospects in Nigeria.

“Therefore, we should not be tired of making more efforts and sacrifices especially in terms of effective regulation of the IT profession as well as discharging our financial obligations to the profession in order to make it what it should be in the country,” he added.

Other speakers dwelt more on technology evolution and the need for organisations, government bodies and individuals to take advantage of technology innovation to beaks innovative in providing solutions that will address the pressing needs of individuals, organisations and the Nigerian economy.

N’Assembly Will Get 2018 Budget Next Month – Enang 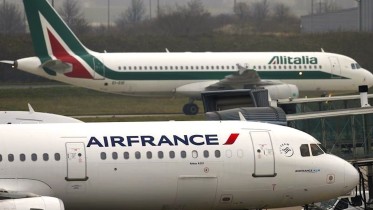