The Bureau of Public Enterprises has said the Nigerian stock market will see more Initial Public Offerings next year.

The Director General, BPE, Mr Alex Okoh, said the BPE was working towards the privatisation of some government companies and assets that would later be listed on the Nigerian Stock Exchange by way of public offering.

According to him, the privatisation and IPO listing is the BPE’s way of contributing assets to the capital market on behalf of the Federal Government.

Skyway Aviation Handling Company Plc, one of the firms that were privatised by the BPE in 2009, would be the first company in four years to conduct an IPO.

Okoh said during an interview with journalists in Lagos, “We are looking to bring Nigeria Reinsurance Corporation to the market by way of public offer too in the next few months. By way of core investor sale, we are also privatising Afam power plant, which is a generation plant.

“In terms of the distribution part of the power value chain, we are also privatising Yola Electricity Distribution Company in the next couple of months. By January, we should have concluded on the sale of Afam power plant and Yola Disco.”

Okoh added that Indorama Eleme Petrochemicals Limited would also be coming to the market by way of public offer sometime around March 2019.

“SAHCO Plc and Eleme Petrochemicals are some of the success stories we have had in privatisation. We are in the process of finalising all the documents required for the public offer of Eleme Petrochemicals. Around February or early March next year, we should be having an IPO signing ceremony,” he added.

A South African telecommunications company, MTN Group Limited, is also pushing ahead with the plan to list its Nigerian subsidiary next year on the Nigerian Stock Exchange.

IPOs dried up in Nigeria during the 2008 global financial crisis, when more than 60 per cent of the stock market’s capitalisation was wiped out. 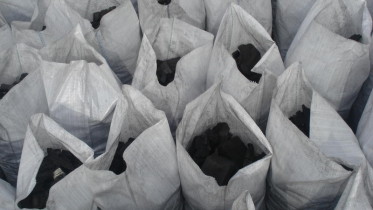 Coal to Power: FG Moves to Concession Five Coal Blocks In a bid to give action to its plan to generate power from coal, the…