The Senate on Wednesday rejected the report by its Committee on Petroleum (Downstream), which probed the current scarcity of Premium Motor Spirit (petrol) in the country.

Many senators, who spoke on the report, which was presented by the Chairman of the committee, Senator Kabiru Marafa, said it was silent on the payment of subsidy on the commodity without the approval of the National Assembly.

Officials of the government had confirmed that the landing cost of petrol was N171 per litre but the official pump price was N145.

The President of the Senate, Bukola Saraki, based on the criticisms of the lawmakers, reassigned the investigation to the Committee on Public Accounts.

Saraki, however, asked the Marafa-led committee to investigate the allegation in the report that a surplus of 5.9 billion litres of petrol could not be accounted for. The committee was also mandated to review its recommendations on the solutions to the lingering fuel scarcity.

At the investigative hearing conducted by the committee, Mafara had barred the Minister of Petroleum Resources, Ibe Kachikwu; and the Group Managing Director, Nigerian National Petroleum Corporation, Maikanti Baru, from answering questions on the alleged illegal subsidy payment.

Few days earlier, the senator had vowed that the Federal Government would be made to account for the payment of the differential between the landing cost and the pump price.

Speaking on the report on Wednesday, Senator Ali Aidoko observed that the fundamental issue, according to the oil marketers, was that of subsidy, “but the committee is telling us they did not discuss subsidy.”

“There were differentials and the committee was silent on it. This looks like a report of the NNPC,” he added.

Senator Nafada Bayero also faulted all the recommendations in the report except the one calling for full deregulation of the downstream sector.

“It looks like a report that was imported to the Senate. The committee should go back and bring its own report, not the one written for it,” Nafada said.

Similarly, Senator Dino Melaye stated that the report, if adopted, would strengthen the corruption that was already going on in the oil industry.

Saraki asked Marafa to respond to the issues raised against the report.

Marafa said the report, which was signed by 13 out of the 23 members of the committee, was an interim one, and that the probe into subsidy payment was not one of its mandates.

He also maintained that probing alleged fuel consumption volume fraud was most critical to ascertaining the quantity for which subsidy might have been paid by the NNPC.

He explained that the NNPC was importing 1,206,900,000 litres of petrol monthly at an average consumption of 35 million litres daily.

“The marketers, on the other hand, received from the government about N1,669,180,182 at the Central Bank of Nigeria’s rate of N305 to a dollar to import the PMS from January to August 2017. This means that the marketers were supposed to bring into the country about 3.8 billion litres of the PMS at a landing cost of N133. In other words, marketers’ supplies were supposed to serve the country for about 109 days at 35 million litres daily in 2017.”

Saraki recommended that the issue of subsidy should be separated from volume fraud and the scarcity, which still persists in some parts of the country.

After the plenary, Marafa told journalists that the insistence on probing the subsidy payment was political.

He said, “I respect their opinions, but the chamber is home to different shades and manners of persons, but I stand by my report. Today, the APC (All Progressives Congress) is in power and some people are not happy about it. You cannot be talking about N26 subsidy when you do not even know what you consume.

“I thank them for their contributions and condemnation, but it’s all politics. Today, because the APC is in power, everybody wants to talk about it (subsidy); I will not do it. I will establish the volume first.”

The House of Representatives also on Wednesday summoned Kachikwu and Baru over the reintroduction of subsidy on petrol.

The House described the development as an illegality, having been done without recourse to the National Assembly.

A motion moved by a member from Kogi State, Mr. Karimi Sunday, on the floor of the House, indicated that the NNPC spent “over N300bn” on subsidy from January to December 2017.

Karimi informed the House that in the first three months of the year, the oil corporation had already recorded an “under recovery” of N46.86bn.

He recalled that Vice-President Yemi Osinbajo and Kachikwu had admitted in December 2017 that the Federal Government, through the NNPC, was paying N26 on each litre of petrol to soak up the difference between the landing cost of N171 and the official pump price of N145.

“This happened despite the fact that the Executive said that it had removed subsidy. Besides, there was no parliamentary approval for subsidy payment in the 2017 Appropriation Act,” Sunday told the House.

Members, however, noted that the subsidy paid out in 2017 was not only illegal but was also unclear who collected it since the NNPC was the sole importer of petrol last year.

A member from Kwara State, Mr. Pattegi Ahman, asked whether the NNPC, a government corporation, was paying itself subsidy.

The Chairman, House Committee on Petroleum Resources (Downstream), Mr. Joseph Akinlaja, confirmed that the government truly paid over N300bn on fuel subsidy in 2017.

However, he informed his colleagues that when his committee made some inquiries, the information it got was that the money was used to clear arrears of subsidy owed marketers.

Kachikwu and Baru are to appear before the joint Committees on Finance/Petroleum Resources (Downstream) to explain who earned the N300bn subsidy.

The session, which was presided over by the Speaker, Mr. Yakubu Dogara, also recommended that the government “should make provision for subsidy payment in the 2018 Appropriation Bill should it deem it fit to continue subsidy payment under any guise whatsoever.” 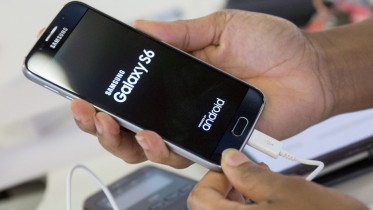