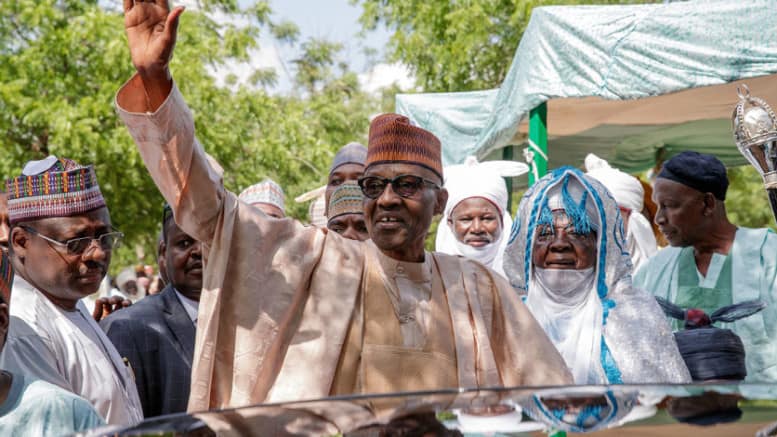 Jos, Plateau State, was engulfed in bloody protest yesterday morning, following the news of the killing of 11 persons in their homes on Rukuba Road by unknown gunmen late on Thursday.

The assailants reportedly attacked the home of a popular woman in Rukuba area called Mama-Kogi at about 9 pm, killing her and members of her family identified as Blessing, Ruth, Jonathan, Cynthia and Majesty. Others in the neighbourhood including a pregnant were also reportedly killed in the attack.

The violent protests against the killings engulfed Rukuba and spread to Gada-biu, where two persons died and a Police station burnt. Also, one person was said to have been killed in Akpata.

Other areas affected by the mayhem included Ola Hospital Junction, Katako, and Polo Roundabouts, where a military Hilux van was burnt.

In a swift reaction, the Plateau State Government imposed a dusk-to-dawn curfew in the entire city.

The protesters lamented that security personnel did not show up during the four hours the attackers unleashed mayhem in the area.

Security personnel were, however, seen in the affected areas battling to quell the violence, but the atmosphere was tense, signaling possible resurgence of violence after the Juma’at prayers.

The Police Public Relations Officer in the state, Mr. Tyopev Terna said in a statement that the combined security forces in the state were on top of the situation.

He explained: “On the 27/09/2018 being Thursday, at about 2205hrs, the Plateau State Police Command Control Room in Jos received a distress call to the effect that there were sporadic gunshots at Rukuba Road opposite Kowa Hotel, Jos.

“The Command, after receiving the report, mobilised Patrol Teams immediately to the scene of crime. The unknown gunmen who took advantage of the on-going rain in the area to attack residents were forced to run from the scene following the combined superior gun fire of the Police and the Operation Safe Haven (STF).

“Some people who reside close to the hills were rescued while some persons lost their lives as a result of the attack and some others sustained gunshot injuries and were rushed to Bingham University Teaching Hospital, Jos and are currently receiving treatment.

“The combined security team is out to contain the situation in Jos. As such, members of the public are to remain calm and law abiding. Meanwhile, patrol of the area is being intensified and investigation into the crime has commenced.”

Meanwhile, the military Special Task Force (STF) in Jos, while confirming the killings of 11 persons before it arrived the scene of the attack at Rukuba Road, lamented that some elements in the society were bent on scuttling the efforts of the STF to restore peace in Plateau. “Peace on the Plateau is the most sought after essential commodity that all well-meaning people are striving to attain.”

Umar stated that the STF and the other security agents were fully on ground in Jos metropolis and environs and would ensure that the situation was brought under control, even as investigations have commenced.

The state Commissioner of Information, Mr. Yakubu Dati, in a statement, expressed Governor Lalong’s condolences to the families of the bereaved and assured them that security had been mobilised to apprehend the perpetrators.

On his part, the Senator representing Plateau North Senatorial District, Jonah David Jang, described the recent attacks and killing as mindless, adding that the persistent killings in the state were a “damning appraisal of the federal government under President Muhammadu Buhari and the Governor of Plateau State.”

In a press statement signed by his Media Consultant, Mr. Clinton Garuba, Jang observed: “Under the present administration, there is hardly a day without news of people getting killed by herdsmen or unknown gunmen with ancestral lands forcefully occupied and people rendered homeless and internally displaced on their own land.

“The unprovoked attack, which targeted innocent unarmed natives in their homes once again, reveals the very short life expectation of our people who are no longer safe wherever they are in our towns, villages, and city.

“Before we are all wiped out from the face of the earth by gunmen whose familiarisation with murder and violence seem to confound our Armed Forces and the overall structure of government. The Senator without equivocation hereby calls on President Muhammdu Buhari and Governor Simon Lalong of Plateau State to resign with immediate effect having displayed unfathomable insensitivity and cluelessness in the aspects of security and value for human life.”

He declared that: “Nigerians no longer feel safe with General Muhammdu Buhari as President. Therefore, he wishes to call on the United Nations to intervene in Nigeria and act on behalf of the poor, innocent, and abandoned people of Plateau State and their endangered kinds in the Middle-belt, to protect and guarantee them a future of longevity, pride, and prosperity. A situation where security officials are mobilised to militarise the conduct of elections in a ratio of one policeman to one citizen at the expense of communities prone to attacks is unacceptable.”

He called on the youths and people of Plateau State to be law abiding, and admonished them to rise up to defend themselves within the perimeters of the law, as it was now dangerous to trust the Commander-in-Chief with their security.

Meanwhile, as at last night, the entire streets of Jos were deserted, even as security personnel embarked on Show-of-Force around the city. 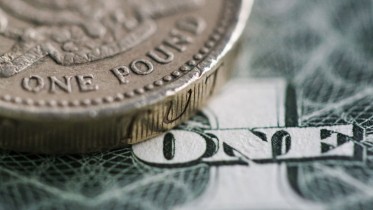 The pound erased losses against the dollar after the killing of a U.K. lawmaker Thursday fueled speculation the nation’s voters will be more likely to…