A university don, Dr Anthony Clark, has called on international oil companies operating in the Niger Delta region to always respect the Memoranda of Understanding entered with their host communities.

The event was organised by the Niger Delta Youth Front and sponsored by Total Exploration and Production Nigeria Limited.

He observed that most of the MoUs, after being drafted and signed, were hardly implemented by the oil companies, adding that it was necessary for the IOCs to pay attention to issue that could cause conflict within their host communities.

Clark, who is of the Institute of Foundation Studies, Rivers State University, listed respect for MoUs as one of the factors that could put an end to youth restiveness in the Niger Delta region.

“Talking about respect for MoUs and GMoUs, most communities have entered into agreements with these companies, some of these MoUs, even when they have been drafted, are not implemented judiciously. Let every party have respect for the MoUs and GMoUs.

“The IOCs should pay specific attention to the factors identified by the youths and their host communities as being responsible for the occurrence of conflict in their communities,” he said.

The university don also urged government agencies to ensure the standardisation of the oil and gas industry with emphasis on local content to provide jobs for the people.

He said, “There should be a deliberate plan by government to employ youths and ensure an appropriate employment quota between foreign workers and qualified indigenous counterparts in line with equity and justice and the Nigerian Content Act.”

He decried activities of some youths in the region such as kidnapping, pipeline vandalism, closure of flow stations and rigs and piracy, saying, “We must stop the consistent destruction of the ecosystem, pollution of air and surface water, through pipeline vandalism.”

We Won’t Force Companies to List on NSE – Osinbajo

Be the first to comment on "Respect MoUs With Host Communities, Don Urges IOCs" 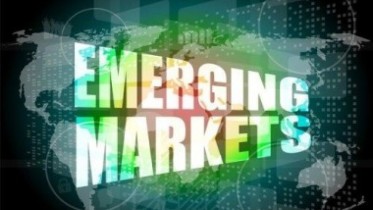