The disagreement between the Federal Government and power distribution companies continued on Tuesday, with the Discos threatening to quit the sector and expressed willingness to resell the power assets at discounted rates.

Investors in the Discos came out this time around to speak for their companies rather than sending the spokesperson for the Association of Nigerian Electricity Distributors, Sunday Oduntan, as demanded by the Minister of Power, Works and Housing, Babatunde Fashola.

They also called on the minister to urgently convene a meeting with investors in the Discos if he truly wanted the sector to make progress, adding that they were willing to resell the power assets to the Federal Government or any interested buyer.

The successor companies of the defunct Power Holding Company of Nigeria were privatised on November 1, 2013 and sold to investors that year.

But since the sector was privatised, many electricity consumers have been complaining about poor supply by the Discos, a development that recently led to heated exchanges between Fashola and the firms.

Speaking at a press conference in Abuja on Tuesday, the investor in Jos Electricity Distribution Company Plc, Tukur Modibbo, stated that the power firms were doing their best but were willing to resell the companies at discounts to whosoever was interested in them.

He said, “You asked me whether we are willing to quit the business. Now, please listen to me and put it down clearly that we bought our distribution company cash down for $82m in 2013; we are willing to take $72m in 24 hours and leave.

“If you have $72m or Fashola can give us $72m, we are giving him $10m discount; if we get that sum, in 24 hours we are out of this business. Please, is there anybody with $72m here? If there is none, please advertise it for me because I’ve given you the price.”

Modibbo advised the minister to call for a meeting of stakeholders in order to avoid a further deterioration of the sector.

He said, “We want the minister to call us and ask us why we are not investing, and to find out why the banks are not willing to fund the distribution companies at all. This is because we are not keeping all the parameters that are supposed to make us a business. We are not there. So, I want you to use your media to tell the minister that we as investors are complaining.

“Tell him that we want to meet him for him to understand why we are not meeting up with the investment that he thinks we ought to do despite the fact that we are doing it to some extent. But we are investing and not making money. However, for us to invest, we need to make money.”

The Chief Operating Officer, Ibadan Electricity Distribution Company, John Ayodele, also stated that the Discos would quit without hesitation if they had an opportunity to do so.

He said, “On when we are going to quit the business, the fact is that if you ask all the investors, because I’ve sat with them, if you can refund them their money in five minutes, they will quit in 10 minutes. No investor wants to stay.

“So, if you are ready to refund the money right now, no investor will stay for one minute. The one (Disco) they returned in Yola (to the Federal Government) since 2015, as we speak today, no kobo has been paid to the investor. So, you can imagine the frustration. Let us look at this issue from the business angle, no investor is a Father Christmas.”

The distribution firms also stated that the reports that were presented to investors by the Bureau of Public Enterprises at the time when the power sector was privatised were inaccurate.

According to them, the wrong data presented to the Discos by the BPE during the privatisation process contributed to the difficulties currently being experienced in the performance of virtually all the firms.

The Discos also stated that the various unions in the sector stopped the investors from carrying out due diligence on the power assets prior to privatisation.

Modibbo stated that the power firms had complained to the Nigerian Electricity Regulatory Commission, adding that this remained a big challenge.

He said, “Most people, including the minister, often say that we knew what we bought and that we walked into it consciously. Yes, but the due diligence that we did was just a mere due diligence in name, because I participated in it. The labour unions were vehemently against the privatisation of the sector.

“So, we had to rely on the records given to us by the BPE. But I can tell you that all of those records were not accurate. They were faulty. There was no technical audit of the assets of the defunct PHCN. There was no financial audit, no external audit of the firms and this was what we met.

“We met what they left behind and we screamed. We complained that we didn’t carry out due diligence and the regulator agreed that we should do independent studies and confirm the actual state of affairs and come back for renegotiation.”

Ayodele also stated that labour unions barred investors from gaining entry into most power plants to ascertain the state of the facilities during the period of privatisation.

He said, “There are issues with the power sector as of the time this privatisation was going on. Those of you who are aware know that there was a big war between the government and labour unions. It was fierce and I know this because I was supervising all the power plants in Nigeria at the time.

“During that period, I dear not take a white investor to a power station. Also, before you entered anywhere, about 30 to 40 people would bully you because of the fear of what the privatisation would bring. So, for that reason, when the World Bank came, we couldn’t do what we call physical due diligence. There is no doubt about that.

“What we did was to get the alternative, which was to know the number of transformers, lines and their lengths and others. Those were the things we got in the data room and I am not sure if this was completely explained to the investors, who were actually supposed to enter the store to know the real situation.”

Be the first to comment on "We’re Ready to Quit, Resell Firms at Discounts – Power Distributors" 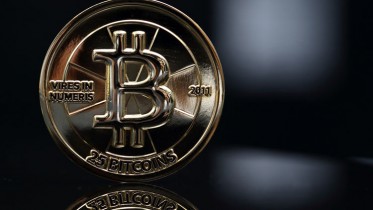 Bitcoin Triples Since Start of Year to Almost $3,000