Oil traded below $50 a barrel as a boost in U.S. drilling activity threatens OPEC’s efforts to reduce a global supply glut.

“We will see oil production tightening from the third quarter and it’s highly likely that prices will rebound,” Hong Sung Ki, a commodities analyst at Samsung Futures Inc., said by phone in Seoul. “What’s concerning is what happens after the nine-month agreement because there isn’t an exit plan, while U.S. producers will probably boost output at least until the second half of this year.”

Oil in New York clawed back from its tumble toward $45 in the run up to the meeting in Vienna as Saudi Arabia and Russia rallied support for the deal. Meanwhile, U.S. inventories dropped seven weeks in a row, though they still remain above the five-year average and production rose to the highest since August 2015.

West Texas Intermediate for July delivery traded at $49.64 a barrel on the New York Mercantile Exchange, down 16 cents, at 1:17 p.m. in Seoul. Total volume traded was about 15 percent below the 100-day average. Prices rose 90 cents to close at $49.80 on Friday.

Brent for July settlement was at $52.03 a barrel on the London-based ICE Futures Europe exchange, down 12 cents. The contract gained 69 cents, or 1.3 percent, to settle at $52.15 on Friday. The global benchmark crude traded at a premium of $2.37 to WTI.

Rigs targeting crude in the U.S. increased for a 19th straight week in the longest streak of gains since August 2011, according to Baker Hughes data. While the number of working rigs has more than doubled from last year’s low of 316, it was the smallest increase this year. Drillers in the D-J/Niobrara Basin in Colorado led the growth last week, adding 4 for a total of 27 oil rigs in the region.

Be the first to comment on "Oil Trades Below $50 as Rising U.S. Drilling Dampens OPEC’s Cuts" 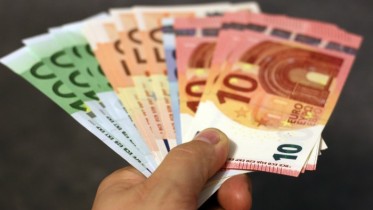 Forex: 700 BDCs Under Threat Over Low Patronage No fewer than 700 Bureau De Change operators have come under threat as purported uncompetitive exchange rate…

$15m in My Accounts For Medical Bills, Others, Says Patience