Global oil prices rose to a month-high on Monday following reports that supplies of the commodity to the global market have started waning and demands are picking up.

The gradual reopening of economies, especially refineries in Chain, is aiding oil demands and has started restoring confidence in a once scary market after over 60 percent decline in prices in the first quarter of the year.

“May, it seems, is a month when traders can finally sit back more comfortably for a moment and take a breath,” said Bjornar Tonhaugen, head of oil market research at Rystad Energy, a research and consulting firm. “But we warn that the second half of the year will not be met with precrisis oil prices again, as the gigantic oil stock overhang must first be worked down.”

On the supply side, Saudi Arabia led OPEC and its allies have started reducing oil production to further ease global oil glut and rebalance the global oil market.

Canada, Norway and other top producers have keyed into production cuts as well.

“The companies are making big, bold cuts that are helping potentially to give some buoyancy to the oil price right now,” said Regina Mayor, global and U.S. head of energy and natural resources at KPMG. But it’s not clear that this rebound will be sustained, she said, because “we just have too much of a supply glut that we are going to have to work off.” 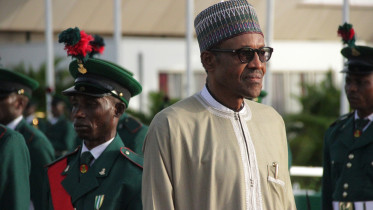