Oil jumped to a three-week high on Monday following comments from both the Saudi Arabia and Russia to extend production cut until the first quarter of 2018.

The commodity which plunged to a 5-month low two weeks ago rose above $52 a barrel on Monday after energy ministers from the two top OPEC exporting nations said supply cuts should be extended for at least 9 months. Which is more than the 6 months stipulated in the accord signed in November 2016.

However, experts have cautioned that relentless pressure from U.S. producers is likely to contain the new surge in prices.

“Every time oil tests that level…you see clients trading around it,” said James Butterfill, Head of Research and Investment Strategy at ETF Securities. “Every time it goes below that $50 a barrel level, it’s a buying opportunity and roughly when it hits about $50, we see a lot of selling at that point.”

“A further nine U.S. oil rigs were added last week, bringing the total count up to 712 – the most since April 2015. It is very likely this trend will continue at current oil prices,” Wahab added.

While oil has gained support from supply deal, inventories remain high globally. Keeping prices below $60 a barrel as first projected by the Saudi Arabia.

“Surge in production from both the Libya and Nigeria will likely necessitate equal cut from Russia and Saudi Arabia as both nations were exempted from production cut,” said Samed Olukoya, a foreign exchange research analyst at Investors King Ltd. “Therefore, for the proposed extension to be effective or taken serious by the market, other members must support the two giants, while OPEC state clearly its exit strategy rather than hoping demand will grow over time.”

OPEC and non-OPEC nations are to meet on May 25 in Vienna to decide policy. Egypt and Turkmenistan are invited to attend. 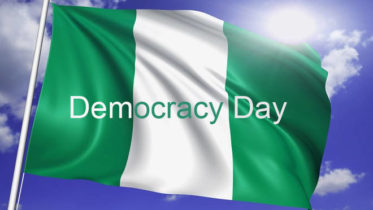