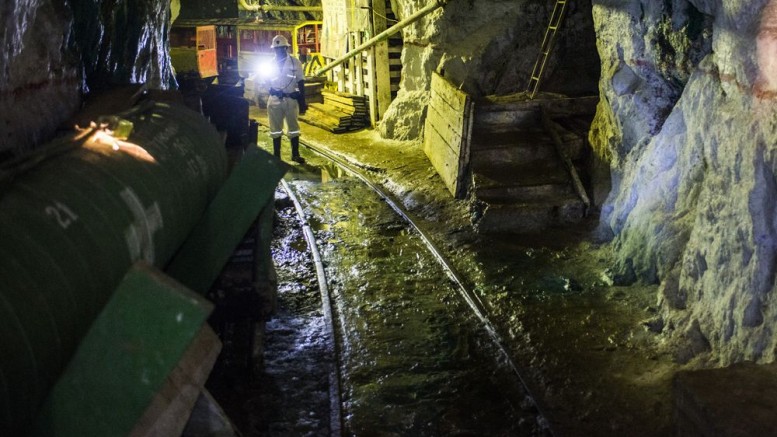 A miner stands on a rail track in an underground tunnel at a copper mine in Chingola, Zambia. Photographer: Waldo Swiegers

It said the 40 pressurised tank wagons of 45,000 litres capacity each, had been purchased by the Corporation with the intention of moving petroleum products across the country at a cheaper, faster and safer ways. The corporation has tank wagons that can take 1.8 million litres of fuel, with each gang, of 20 tank wagons taking 900,000 litres.

Its Director of Operations, Mr Niyi Alli, told reporters in his office that the biggest challenge to lifting petroleum products by rail is the unpreparedness of industry operators to move their products by rail.

He also debunked speculations that the wagons have been rotting away since their purchase five years ago. He said the wagons are used regularly to deliver its diesel needs across the country, adding that they are parked at the Ebute Metta Work yard, in front of the Railway Police Command in order to assure its safety and security from vandals.

He said: “Since we took delivery of the wagons, we have demonstrated that we have the capacity to lift liquid cargoes, especially petroleum products, as we have been using the tank wagons to move our diesel needs across the country. Our customers are beginning to see that it is cheaper to move this commodity round the country by rail.”

He said freighting fuel by railway is at least 30 per cent cheaper than using articulated petroleum tankers.

He said though the memorandum of understanding (MoU) with the Major Oil Marketers Association of Nigeria (MOMAN), has not materialised, the corporation has signed MoU with a number of private operators and lifting of products may begin by November.

“We are still discussing with a number of the oil operators and gradually, they are beginning to see the beauty of moving the product by rail,” he said.

He said the corporation has rail siding into the five major oil tank farms in Apapa, adding that what needed to be done was for all the operators, especially those that have no such facilities to enter into agreements with those with presence on how they could use their tank farms to load for onward shipment to other parts of the country by rail.

He said the corporation has not been lifting petrol because it is more combustible and requires more security precautions to be taken to ensure safety.

“Unlike freighting of other products and even diesel, which is less combustive, petrol needed much more precautionary strategies. Operators needed to have more massive tank farm facilities to warehouse the product and be ready to lay the sidings on which the wagon would use to access the tank farms for loading and off loading of the products,” he said.

He said the pressure by the Lagos State government to address the congestion on its roads, especially around Apapa is again driving attention back to the corporation. “If any operator approaches us that they need the wagons to lift their product, and support infrastructure are in place, we would make our wagons available,” he promised.

Alli said already, the corporation has sealed an agreement with a tank farm owner in Minna to lift three million litres of petroleum products. “If we have such demands we can build our facility just to prove our readiness to increase our share He said to lift petroleum product, our customers must be ready to invest in ensuring the safety of the product because the corporation would not be involved in loading and offloading of products from its tank wagons.

Addressing the challenges experienced by passengers on the Abuja – Kaduna Standard gauge railway, Alli said the perceived shortcomings would soon be over, as the federal government has ordered more locomotives and coaches to improve services along the route.

“What we have been using to power the route until now are construction locomotives. We have been using only one rig to run that route seven days a week all through the last one year. The Federal Government has taken delivery of two locomotives and these would be put into use in the next two weeks. About seven coaches are also already on their way to the country from China. When these arrive, our services along the area would significantly improve our reliability and availability, and most of the problems occasioned by inadequate coach services would be reduced,” Alli said. 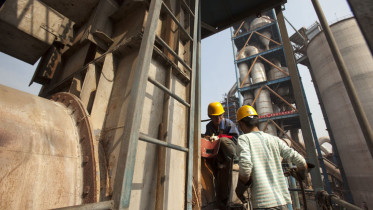