The capacity of the Nigerian National Petroleum Corporation (NNPC) to contribute to Nigeria’s economic development is still being hampered by the level of operational secrecy it practices, the Nigerian Natural Resource Charter (NNRC) has said.

According to the NNRC, when truly assessed, the operational costs of the NNPC which, are deducted at source before payment into the Federation Account have not been transparent.

Speaking at a workshop titled: ‘Assessing petroleum sector wealth: NNPC’s contributions to the economy,’ in Lagos, the Chairman of the Expert Advisory Panel of NNRC, and a former Minister of State for Petroleum, Mr. Odein Ajumogobia stated that when compared with other national oil companies such as Petronas of Malaysia, Sontrach of Algeria and Sonangol of Angola, the contributions of the NNPC to the economic growth of Nigeria was impacted by the lack of transparency in its operations.

Ajumogobia questioned the authenticity of data provided in the country’s oil sector especially of production levels and reserves.

“Nigeria’s economic growth and diversification in order to reduce our dependence on crude oil exports, is still however crucially dependent on the growth and efficiency of the oil and gas sector which is to partially fund and drive the diversification. We literally have to drill our way out of our current economic predicament. Thus NNPC if the existing structure remains, has a critical role to play in furthering a sustainable economic growth trajectory for Nigeria,” said Ajumogobia.

He added: “It is therefore appropriate to inquire into how the corporation’s stated vision of becoming a world-class oil and gas company is to be achieved if it is being undermined by external rather than internal factors of competence and commitment. Can such a vision indeed be achieved if NNPC is not insulated from political interference, as the NLNG incorporated joint venture appears to have been?”

“As the NNRC benchmarking exercise recorded, the observed muddling of the corporations business roles with its non-commercial and auxiliary regulatory roles continues. Further, that ‘commercial decisions and operational activities are still subject to political interference. It is in this context that we can properly question the extent of NNPC’s purposeful contribution to the nation’s economic growth as it is currently structured. Certainly no organisation can optimise its performance in contributing to a 21st century economy if its activities and decisions are not open and transparent,” Ajumogobia explained.

On the consistency and reliability of data in the industry, Ajumogobia stated that Nigeria had for a very long time bandied projected oil production figures that have never been attained.

He said: “In the meantime, is the existing uneconomic process even transparent? Can we rely on the figures we routinely reel out about reserves or about fuel consumption that once went from 30 million litres a day to 45 million litres a day within a period of one year between 2011 and 2012? As we speak another almost $2 billion is claimed to be owed to marketers.

“In its (yet to be excised) role as policy maker and regulator, it has been NNPC’s aspiration for close to 20 years – since the inauguration in 2000 of the Oil and Gas Implementation Committee [OGIC], to grow the country’s crude oil reserves to at least 40 billion barrels and to increase production to 4 million barrels per day (mbpd), in order to sustain the economic contribution of the petroleum sector, as energy demand inevitably increases with population growth. Yet by 1974, Nigeria had already attained production of 2.4mbpd from onshore and shallow water fields exclusively. In contrast, of the just over 2mbpd said to be produced today, close to 1mbpd is from deep offshore fields developed more than twenty years later, highlighting the massive decline in JV production over the years. By way of contrast, Angola doubled its oil production within the last fifteen years – from 750,000bpd in 2004 to a peak of 2mbpd in 2014,” he added. 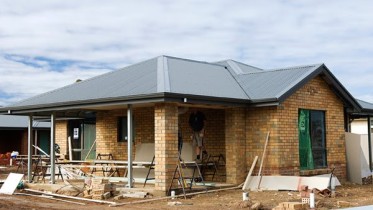 Australia’s building approvals climbed by the most in the years in July, putting an end to the downward trend seen in recent months. The approvals…

Only 4% of Nigerians Have Health Insurance – NIPC